Proving Citizenship: Lessons From The African Court On Human And Peoples' Rights 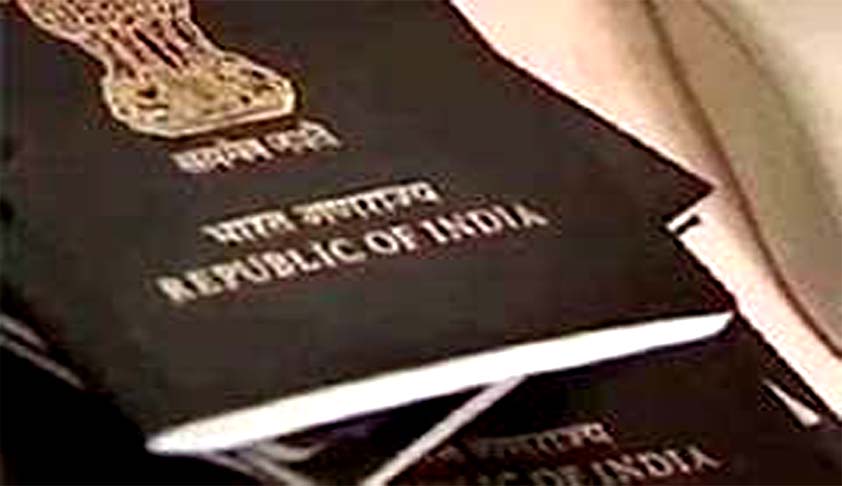 Ochieng v Tanzania and Penessis v Tanzania are two recent decisions of the African Court of Human and Peoples' Rights, that demonstrate a humane and sensitive approach to the vexed question of citizenship challenges. Both cases involved challenges by individuals who had been declared non-citizens by Tanzanian authorities.In Ochieng v Tanzania (22 March 2018), Tanzania deported a...

Ochieng v Tanzania and Penessis v Tanzania are two recent decisions of the African Court of Human and Peoples' Rights, that demonstrate a humane and sensitive approach to the vexed question of citizenship challenges. Both cases involved challenges by individuals who had been declared non-citizens by Tanzanian authorities.

In Ochieng v Tanzania (22 March 2018), Tanzania deported a declared "non-citizen" to Kenya, who then "deported" him back, leaving him stuck in what the Court called a "no-man's land" on the border. The basis of the Tanzanian authorities' decision was that the Mr. Ochieng had forged his documents to obtain his passport – and, in particular, on the basis of "discrepancies" between the documents and the result of an investigation conducted in his village. The Court noted that deprivation of nationality could only be done in compliance with international standards, including the four-pronged test of proportionality. In order to determine whether Tanzania had complied with these standards, the first question that arose was: on which party did the burden lie to demonstrate Mr. Ochieng's nationality, or lack thereof? In paragraph 80, the Court answered that:

The State of Tanzania made a number of arguments that would be familiar to Indian readers, such as spelling discrepancies between documents and testimonies, conflicting oral testimonies, and so on. The Court rejected these arguments, noting that as Tanzania had neither (a) prosecuted Mr. Ochieng for forgery, or (b) conducted a DNA test to determine his link to his parents (who were admittedly Tanzanian citizens) despite him having offered to do so in order to resolve the contradiction between the testimonies, it had failed to discharge its evidentiary burden.

Penessis v Tanzania involved somewhat similar facts. Mr. Penessis was convicted of being an illegal immigrant in 2010, and then placed in detention (also a familiar story for Indian readers). He lost his appeals in the higher courts, which eventually passed orders for his deportation. As in Ochieng's Case, the dispute revolved around documents: Mr. Penessis claimed that he had a valid birth certificate and Tanzanian passport and was a citizen by birth; the State of Tanzania, on the other hand, argued that he also had British and South African passports, and that Tanzania did not allow for dual citizenship.

Going beyond its judgment in Ochieng's Case, the African Court referred to international legal instruments to note that "the right to nationality is a fundamental aspect of the dignity of the human person." (paragraph 87) Consequently, the Court went on to note that "a person's arbitrary denial of his/her right to nationality is incompatible with the right to human dignity." (paragraph 88) These observations were crucial, because they went to the heart of the same question that had occupied the Court in Ochieng's Case: in a dispute over citizenship status, where did the burden of proof lie?

The Court noted, at paragraph 92:

That said, citing various other judgments, the Court went on to note:

… when it comes to human rights, this rule cannot be rigidly applied and there must be an exception among other circumstances, where … the means to verify the allegation are likely to be controlled by the state … In such cases, the … the burden of proof is shared and the Court will assess the circumstances with a view to establishing the facts … The International Court of Justice (lCJ) in the Nottebohm Case (Liechtenstein v. Guatemala)2s also held that to determine a nationality link, it is necessary to take into account the very important social factors which bind the Applicant to the Respondent State. (paragraphs 93, 95)

What followed from this, therefore, was that:

… the Applicant who alleges that he holds a certain nationality bears the onus to prove so. Once he has discharged the duly prima facie, the burden shifts to the Respondent State to prove otherwise. (paragraph 96)

On the facts, the Court noted that (a) the State of Tanzania had alleged that the Mr. Penessis' birth certificate was forged, but had adduced no evidence to prove that; (b) that the facts of Mr. Penessis' birth were testified to by a person who (according to his birth certificate) was his mother, and that therefore, the initial presumption of citizenship had been established. The Court then observed that:

At this juncture, the Court further notes that all the documents tendered by both parties are copies or certified copies and that neither of the parties adduced originals of the documents used as evidence. In the circumstance, the Court is of the opinion that the Respondent State, as a depository and guarantor of public authority and custodian of the civil status registry, has the necessary means to correctly establish whether the Applicant was a Tanzanian, South African or a British citizen. The Respondent State could also have obtained and produced concrete evidence to support its assertion that the Applicant has other nationalities … In view of the aforesaid, the Court considers that there is a body of documents especially the certified copy of the birth certificate and the certified temporary travel document issued by the competent authorities pending finalisation of the passport, establishing that the Applicant is Tanzanian by birth and that the Respondent State has not been able to prove the contrary. It therefore finds in conclusion that the Applicant's right to Tanzanian nationality has been violated, contrary to Article S of the Charter and Article 15 of UDHR. (paragraphs 102 – 103)

In both Ochieng and Penessis, therefore, the African Court provided important insights into the vexed issue of burden in citizenship cases. According to the Court, because the bases of proving citizenship (documentary evidence) was in the possession of the individual, the initial burden lay upon him. However, once prima facie citizenship had been demonstrated, the burden would shift to the State, and the State would be held to a strict standard of proof, given the human rights consequences of deprivation of nationality and statelessness.

Compare, however, these judgments with the recent judgment of the Gauhati High Court in Noor Begum v Union of India. The Gauhati High Court upheld a decision of the Foreigners' Tribunal rejecting the citizenship status of Noor Begum – a decision that involved dismissing no fewer than eight official documents. Curiously, there was no evidence that the documents were forged. What the Court held was that some of the documents were not admissible because they had not been proved by the Issuing Authorities, and even the document that was admissible (a school certificate) did not make it "the end of the matter", as the Headmaster who had issued it had not been examined. Additionally, Noor Begum produced documentary evidence of the citizenship status of her projected grandfather and father, and oral evidence of her projected mother to draw that link. However, the High Court disaggregated these two pieces of evidence, holding that (a) the documentary evidence of Noor Begum's projected grandfather and father was worthless because it did not establish her link to them, and (b) the oral evidence of her projected mother (that would have established that link) was worthless because it was only oral, and with no supporting documents! The Court justified this by noting that "the relevant facts being within the knowledge of the procedee, the therefore, the burden of proving citizenship absolutely rests upon the procedee."

The approach of the Gauhati High Court is in stark contrast to the approach of the African Court of Human and Peoples' Rights. As both Courts observed, the initial burden of proof rests upon the person claiming citizenship (the logic being that that person would be in the possession of relevant information required to substantiate that claim, and it would be difficult for the State to "prove a negative", so to say). But while the African Court went on to hold that this was only an initial burden, which would flip once a prima facie case was made out, the Gauhati High Court turned it into an "absolute burden" (there is no warrant for that in the Foreigners Act). The High Court then placed a series of essentially onerous conditions upon the applicant (such as having to examine the headmaster of a school she graduated from twenty years ago) which – it should be obvious – would be very difficult to fulfil. Noticeably, in none of this was there any allegation that any document was forged, or that the oral testimony was false; this is specifically important because – as the African Court correctly noted – when it comes to the question of forgery, it is actually lies more within the government's power to demonstrate that (its own official) documents have been forged, rather than for the applicant to (now) "prove the negative".

It is submitted that the international presumption against statelessness and the link between stateless and human dignity requires a nuanced and sensitive approach towards the question of burden of proof in citizenship cases. This is especially true in countries like Tanzania and India, where there exist large numbers of marginalised and vulnerable people, whose access to documents is limited to start with. The approach of the African Court represents the correct balancing of interests, and – it is submitted – would be a better fit with Indian constitutional commitments, as opposed to the zero-sum approach of the Gauhati High Court. Perhaps that task will lie with the Supreme Court.

The article was first published in his blog, you can read it  here