Public International Law : Analysis In The Context Of Calls To Sue China Over COVID-19 Pandemic

Various leaders of nation States have blamed China for the start and spread of the COVID pandemic and have threatened to sue it. These arise from the anger at the loss of lives and economic disruption that the virus has caused and stem from a perception that China has been secretive and non-transparent in its disclosures to the global community about many aspects of this pandemic which...

Various leaders of nation States have blamed China for the start and spread of the COVID pandemic and have threatened to sue it. These arise from the anger at the loss of lives and economic disruption that the virus has caused and stem from a perception that China has been secretive and non-transparent in its disclosures to the global community about many aspects of this pandemic which has hampered global efforts to contain the virus and caused much destruction. Such an attempt to sue China under public international law would be unprecedented but possible. The International Court of Justice, Netherlands ("ICJ") is the principal judicial organ of the United Nations ("UN") where disputes are settled between parties. Under Article 93 of the UN Charter, all UN member states are ipso facto parties to the ICJ statute, but they are not required to submit any case to it except in cases where they have consented or promised to do so. The ICJ while resolving disputes shall apply[1]:

As per the ICJ statute, an international convention is the leading source of international law followed by the other three sources mentioned under article 38 of the ICJ statute. Although the outbreak of the pandemic is unprecedented and there is no law that deals specifically with a like situation, the International Health Regulations, 2005 ("IHR"), Constitution of the World Health Organization and the Vienna Convention on Law of Treaties ("VCLT") would have a bearing on any such attempts to sue. Any attempt to sue China in claims related to COVID-19 would have to make out a case under the following laws:

a) Vienna Convention on Law of Treaties ("VCLT")[2]

The VCLT is an international agreement that governs the treaties between the states. The obligation of each state is enumerated under article 26 "Pacta Sund Servanda" that under international law, every state has to perform its obligations under any treaty in good faith.

The IHR is an agreement between 196 countries including all WHO Member States to work together for global health security and is framed under the WHO Constitution. Through IHR, member countries have agreed to build their capacities to detect, assess and report public health events that concern the global community. WHO plays the coordinating role in IHR and, together with its partners, helps countries to build capacities.[4] Relevant articles under IHR are:

"Article 5: Each State Party shall develop, strengthen and maintain, as soon as possible but no later than five years from the entry into force of these Regulations for that State Party, the capacity to detect, assess, notify and report events in accordance with these Regulations…"

Article 6: "…Each State Party shall notify WHO, by the most efficient means of communication available, by way of the National IHR Focal Point, and within 24 hours of assessment of public health information, of all events which may constitute a public health emergency of international concern within its territory in accordance with the decision instrument, as well as any health measure implemented in response to those events…"

Article 56 of the IHR sets out the procedure to be invoked by a member state if it wishes to set the adjudicatory mechanism in process.

As under article 18 of the Vienna Convention on law of treaties, a State shall not defeat the objects and purpose of a treaty. The objective of the WHO is "the attainment by all peoples of the highest possible level of health."[5]

Under Article 63, each Member is bound to truthfully disclose statistics, reports, etc of any major health emergency or pandemic. Further, under article 64, each Member shall provide statistical and epidemiological reports in a manner to be determined by the Health Assembly.

Broad contours of a Claim

Any claim based on the above would have to conclusively make out a case that China has breached its international obligations by (i) maintaining secrecy in relation to the Covid virus, (ii) it is a man-made virus – created in Chinese labs and negligently allowed to escape, (iii) the sale and consumption of wildlife prevalent in China is responsible for it, (iv) international teams have not been permitted to visit the virus epicenter and study the same, (v) the Chinese Government has suppressed information in relation to the start of the pandemic and created a worldwide health emergency, (vi) China has withheld actual number of Covid patients and deaths, (vii) by re-opening its "wet markets" – which are conjectured to be responsible for spread of this virus, China has once again exposed the world to this pandemic, (viii) previous strains of virus such as SARS, avian influenza etc have all originated from China, (ix) China has acted to the detriment of the global community and caused loss of human lives, suffering to billions and major trade and economic loss, (x) China by its collective acts has violated and undermined the WHO Constitution, etc. These allegations would have to be backed up by data and documentation as is necessary in all adjudicatory processes.

Under ARSIWA, the notion of "injury" includes any damage caused by that act. In particular, in accordance with Article 2, "injury" includes any material or moral damage caused thereby. This definition is inclusive, covering both material and moral damage in its broadest sense, and as limitative, excluding merely abstract concerns or general interests of a State which is individually unaffected by the breach.[11] "Material" damage here refers to damage to property or other interests of the State and its nationals which is assessable in financial terms.

While the IHR provides for an arbitration mechanism it involves the consent of all parties concerned. However, China is unlikely to give any such consent. The other forum is the ICJ. The ICJ exercises compulsory, special agreement, advisory and treaty-based jurisdiction depending on the facts of each case. At present China has not accepted the compulsory jurisdiction of the ICJ. China by agreement with other States may also submit a dispute to the ICJ by special agreement, accepting the ICJ's jurisdiction only with regard to the specific dispute at issue. This too seems unlikely on the part of China. The ICJ's jurisdiction in relation to areas of international law governed by a treaty that specifically provides that disputes will be submitted to the ICJ for resolution is untrammeled.

Since invoking jurisdiction under a treaty seems like the only viable option in the present scenario, Article 75 of the Constitution of WHO becomes relevant: "Any question or dispute concerning the interpretation or application of this Constitution which is not settled by negotiation or by the Health Assembly shall be referred to the International Court of Justice in conformity with the Statute of the Court, unless the parties concerned agree on another mode of settlement".

Perhaps the ICJ may consider revisiting the aforesaid view in the light of subsequent global developments and entertain a claim based on the above against China. It may be noted that countries such as the United States of America have existing treaties with China which provide for compulsory jurisdiction of the ICJ. Apart from these there are a few multilateral treaties which provide for compulsory jurisdiction of the ICJ[13]. There could therefore be individual claims by nation States against China based on their inter se treaty obligations provided the claims fall in the remit of those individual treaties.

In its Advisory Opinion delivered on 22 July 2010, the ICJ concluded that "the declaration of independence of Kosovo adopted on 17 February 2008 did not violate international law". Before reaching this conclusion, the ICJ first addressed the question of whether it possessed jurisdiction to give the advisory opinion requested by the General Assembly. Having established that it did have jurisdiction to render the advisory opinion requested, the ICJ examined the question, raised by a number of participants, as to whether it should nevertheless decline to exercise that jurisdiction as a matter of discretion. It concluded that, in light of its jurisprudence, there were "no compelling reasons for it to decline to exercise its jurisdiction" in respect of the request[14].

United Nations is the world organization that binds and resolves matters concerning international relations between the States. Article 94 of the U.N. Charter provides that in case of failure or non fulfilment of the obligation under the judgment of the ICJ, any party may seek recourse in the UN Security Council and the Council will take necessary action to enforce the judgment. China is a permanent member of the UN Security Council, which enables China to invoke veto power. China has the power to block any action that the UN Security Council might take to give effect to an ICJ judgment. However, apart from the legal issues, a lot would depend on what nation states perceive to be in their strategic interests, political interest and economic compulsions while dealing with China – the world's second largest economy and a military powerhouse in its own right. As for the Chinese they would do well to remember the Chinese proverb "nothing is as heavy as a secret". 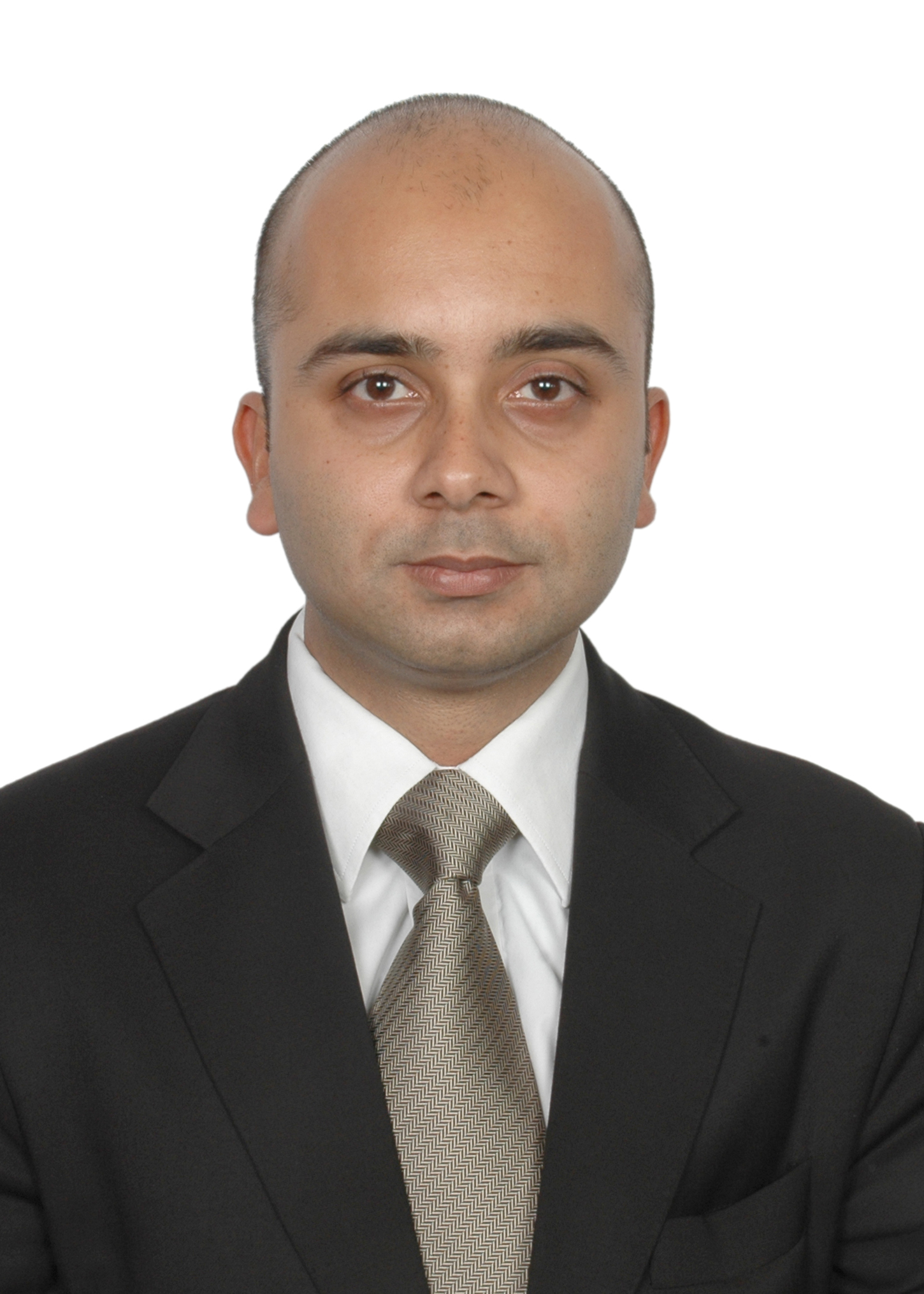 [1] Statute of the International Court of Justice, Article 38, available at: https://www.icj-cij.org/en/statute

[5] WHO Constitution, Article 1, Available at https://www.who.int/governance/eb/who_constitution_en.pdf

[11] Commentary on ARSIWA by International Law Commission at https://legal.un.org/ilc/texts/instruments/english/commentaries/9_6_2001.pdf at page 91