Rafale: Supreme Court And Jurisdiction Of The Parliament 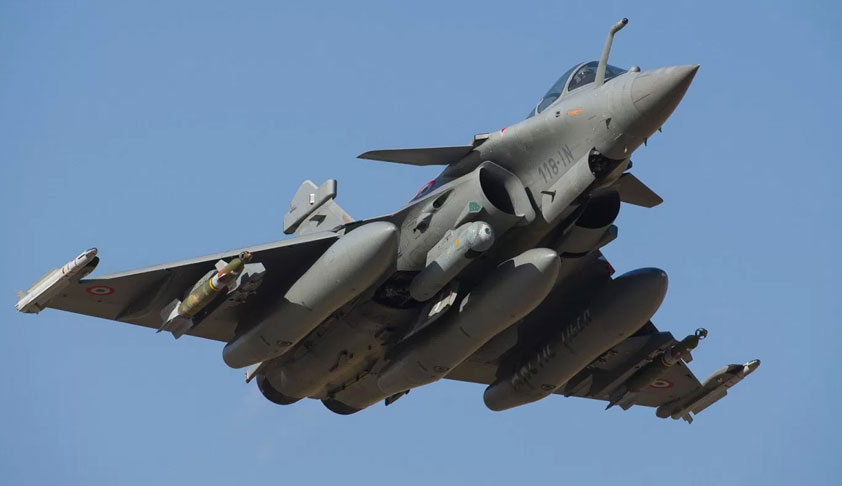 With increasing private investments in important sectors of the Indian State, the Comptroller and Auditor General (CAG) has become an important check on the economic decisions of the Executive. The CAG audit report under Article 151 of the Constitution gives detailed accounts of all transactions involving revenue payable to the Consolidated Fund of India. The jurisdiction of the CAG report...

With increasing private investments in important sectors of the Indian State, the Comptroller and Auditor General (CAG) has become an important check on the economic decisions of the Executive. The CAG audit report under Article 151 of the Constitution gives detailed accounts of all transactions involving revenue payable to the Consolidated Fund of India. The jurisdiction of the CAG report has been a matter of judicial adjudication in the recent past—from cases on mining contracts to the allocation of 3G spectrum and coal.

Scope Of PAC And CAG On Private Companies

The CAG conducts audit on transactions relating to the Consolidated Fund of India. Two judgments of the Supreme Court during the UPA regime have detailed the scope of the CAG report under Article 151 of the Constitution.

The judgment in Arun Kumar Aggarwal vs UOI (2013) was a result of the court being petitioned in public interest. The matter was regarding the acquisition of majority stake in Cairn India by Vedanta for $8.48 billion for gas exploration of the Rajasthan block. The primary reason for petitioning the court was that the government did not offer the right of first refusal to ONGC and this, according to the CAG, led to the loss of possible revenue. The second judgment was in the Assoc of Unified Telecom Service Providers vs Union of India (2014), which was to decide on whether the CAG has the right to audit private telecom companies in relation to its revenue-sharing contract with the government on the grounds that the monies generated from the contract would be payable to the Consolidated Fund of India.

In Arun Kumar Aggarwal, the court came to two important findings regarding the role of the CAG. First, the CAG is not the final word: That the CAG report would be subject to scrutiny by the Parliament through the Public Accounts Committee, Action Taken Reports and the Comments of the Ministries. That the Court made clear that the PAC can reject the CAG report after review. Second, the court cannot grant relief by merely placing reliance on the CAG report. This is because the CAG report is not final. But subject to review by the Parliament through the PAC. The Parliament, therefore, would be the final word and could alter the report.

The Supreme Court has exercised judicial review to examine various policies of the Executive citing public interest and transparency. However, in Rafale, the court is of the opinion that the defence deal is a matter of national security and, therefore, the Executive's discretion in decision-making would not invite judicial review.

In that case, the matter sought have been not entertained. The court, however, having made substantive adjudication must explain the scope of its findings. The court on the process of procurement has stated that there was "no occasion to really doubt the process and even if minor deviations have occurred that would not lead to setting aside of the contract". Further, regarding the offset contract, the court concluded that the government seemed to have no role in choosing the Indian offset partner. While on pricing, the court has claimed that the prices remain confidential as advised for national security. The judgment concluded by stating that there was no commercial favouritism. Now, these findings create two immediate problems.

First, the court's summary findings are binding under law. In view of the government's affidavit, the court is praying that the findings in the judgment should not have any bearing on the CAG audit or the subsequent PAC review.

Second, the court has held in Assoc of Telecom that financial transactions involving private companies relating to the Consolidated Fund of India fall under the CAG's jurisdiction. Further, it was also held in Arun Kumar Aggarwal that the CAG report is not final and the PAC has the right to review and alter the findings of the report. In addition, it is to be noted that the PAC, under Rule 308 of the rules of procedure and conduct in the business of the Lok Sabha, has the right to decide on all issues audited by the CAG and submit its findings to the Parliament.

Therefore, it is clear that the wrongful loss of monies to the public exchequer cannot be immune to review by the Parliament. The CAG functions as a check to the Executive and not as its official auditor. The CAG is answerable to the Parliament. Therefore, the Executive's affidavit claiming that the CAG can withhold information from Parliament to look into the government's exercise of discretionary powers in finalising the Rafale deal is contrary to the requirements of Executive accountability.

In view of the government admitting that the CAG and PAC have not reviewed the Rafale deal. The court should have ensured that the constitutional separation of powers between Parliament, courts and institutions is maintained by making it clear that audit by the CAG and the review of this audit by the Parliament through the PAC or a Joint Parliamentary Committee should take place without being influenced by the summary findings of the court.

Abhik Chimni is a lawyer practicing in Supreme Court of India. He was part of the legal team representing the Union of India in the Supreme Court in Association Of Unified Telecom Service Providers Of India Vs Union Of India mentioned in the article.