Re-Thinking Access To Justice In The Times Of Covid-19 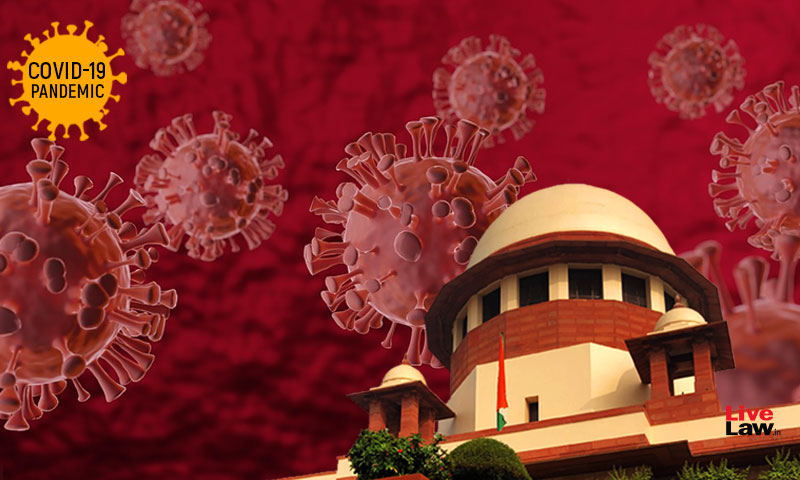 The preamble of the Constitution of India commences with a solemn pledge to secure, for the people of India, Justice : social, economic and political. This constitutional commitment permeates Article 39-A in Part IV, casting an obligation on the State to secure equal justice to all citizens. The economic status of a litigant is no exception to this overarching principle. The ...

The preamble of the Constitution of India commences with a solemn pledge to secure, for the people of India, Justice : social, economic and political. This constitutional commitment permeates Article 39-A in Part IV, casting an obligation on the State to secure equal justice to all citizens. The economic status of a litigant is no exception to this overarching principle. The Supreme Court has reiterated this position in a catena of decisions. I do not wish to burden this article with those judgments except to take notice of two important cases - Centre for Legal Research v. State of Kerala[1] and M.H. Hosket v. State of Maharashtra[2] which have laid down the ground rules.

The fundamental question is : Are we anywhere near this constitutional goal? Without the slightest hesitation the only answer that will spontaneously spill out of anyone's mouth will be a "No".

The Courts across the country are grappling with another pandemic- "Docket Explosion". The litigant has only one life. Yet, his litigation lingers on through several lives and generations to see its end. The law's delay is a violation of the principle of rule of law[3] which is a fundamental principle of our constitutional order. As the Constitution Bench said in the Second Judges Case it "is essential to ensure speedy disposal of cases to ensure that the operation of the legal system promotes justice – directive principle fundamental in the principle of the Country which, it is the duty of the State of observe in all its actions; and to make meaningful the fundamental rights under Part III"[4]. If a society denies justice through its institutions, expectations of human beings darken. Such depression may turn into dread. Dread may transform into despair. Such despair may evolve into explosive terrorism. In spite of such huge pendency of cases, the citizens of this country continue to repose faith in the judiciary and they doggedly approach the courts to redress their grievances. They look at the judiciary as the last hope and the litigants have accepted pendency of the cases as an existing evil and are prepared to wait for their turn.

This article is not about the pendency of the cases across the country for there is much that has already been written and spoken about both nationally and internationally. The present attempt is to ponder, whether the have-nots and ordinary litigants are getting a fair deal from the institution in terms of disposal of their cases. Are the higher courts- the High Courts and the Supreme Court- catering more to the needs and expectations of the haves and not the have-nots? Is this system turning a Nelson's eye to the cases pertaining to the poor and ordinary litigants? Does the ability of the litigant to loosen his purse strings to engage senior counsels have a direct bearing on his case being taken out of turn and disposed earlier by jumping the queue? Why is it that high profile cases involving people in power get priority over the cases of ordinary litigants? These are questions that intrigue many judges, lawyers and all those who share a genuine concern for the justice delivery system.

We are living in an electronic era and data is already available in the public domain. Many litigants closely watch the pendency and disposal of cases and wonder why their cases are pending for long number of years while cases filed at a later point of time are being disposed earlier. They put this uncomfortable question to their counsel and are usually met with wishy washy responses. The counsel, on the other hand, very well knows that his answers do not convince his client. An unhealthy trend has therefore developed, wherein, the clients take a change of vakalat from one counsel and engage another counsel solely on the belief that such a course of action would serve the cause of expediting his case. This is a very unfortunate development where an impression has been created as if disposal of cases will depend upon the counsel who handles the case. This trend puts an additional burden on the new counsel to get the case listed by hook or by crook.

On a careful observation, we will find that the nature of cases that are waiting to be disposed and which have been conveniently put in the back burner and have piled up over a period of time are the Civil Revision Petitions, the Appeal Suits, Second Appeals, Service cases of ordinary government servants or that of workmen. This pattern can also be observed in a volley of criminal cases which do not belong to the category of "high profile" matters, yet involve concerns of fundamental rights of the life and liberty of parties involved. The litigants in all these types of cases are the ordinary citizens or the have-nots and not multi-national corporations and well-heeled litigants.

Their misery is compounded if their fight is against the State. The State and its instrumentalities have an irrepressible propensity to merrily keep filing appeals even in hopeless cases. Instead of deterring such misguided legal adventures with costs, the system remains neutral, and the State continues its quest up the ladder of litigation till they reach the Supreme Court. Purely as a matter of common experience, more than 90% of the litigants cannot ever think of going to the Supreme Court on account of the prohibitive nature of the costs involved. For the poor litigants, the High Court is the last bastion.

This being the state of affairs, the Arbitration mechanism gained momentum through the ADR movement. The credibility of the process rested on two assumptions : that it would expedite the process of adjudication by cutting out institutional delays and the rigours of the procedural codes applicable in Courts, and secondly, that it would be a cheaper and efficient alternative to secure an adjudication of the dispute. Both of these assumptions have, unfortunately, been severely undermined. The real benefits of Arbitration have largely been experienced in high profile cases involving companies and establishments run by persons who can afford to spend money. The process of arbitration has not really reached the have-nots and in many cases, they get taken for a ride by certain organizations who have their own inhouse arbitrator- virtually a paid servant, who will deal with the dispute. Bias is writ large on the face of such farcical proceedings and the poor litigant who suffers an award stands very little chance to assail it on merits as the impregnable fortress of Section 34 of the A & C Act stares at him.[5] The judicially malleable "pigeon holes" of Section 34 are such that even sparrows will find it hard to pass through! Ultimately, the poor litigant is left exploited. The benefits of arbitration has, unfortunately, not reached the poor and the ordinary litigant.

In this scenario came COVID-19, laying siege to the country and bringing the entire world to a grinding halt with only necessities trudging on. This situation is going to continue for a while. However, the judiciary has started seriously planning and installing a system of E-filing, E-Courts, virtual hearing etc. as an imperative and inevitable need of the hour. Scientific development, it appears, is predestined to be made use of in hearing cases and the judiciary can neither stand by nor afford to keep its wheels static for an extended and uncertain period of time.

The next question is "who can afford to adopting this new process immediately?" Obviously, it is the haves and not the have-nots. The number of advocates who are capable of handling these facilities are a miniscule minority. It is only the haves who can afford to approach the advocates who are fairly acquainted to handle the new system. What will happen to a poor litigant who comes from a remote village in some district? He can only afford to engage a local counsel who may be clueless about this system. How is this litigant going to approach a court? We must bear in mind that the majority of the litigants fall under this category. My concern is that the new system should not prove to be yet another pitfall in the litigative journey of these litigants who are already in a very disadvantageous position. It therefore, becomes the primary duty of the State, High Courts and the Supreme Court to device a scheme that makes the system inclusive and accessible even to an ordinary litigant belonging to the remotest village. Now that a paradigm shift is to take place in the whole litigation process which is rapidly moving towards virtual hearing through electronic means, every attempt should be made to disseminate information to all stake holders in the Districts enabling them to have a meaningful access to justice. This is the plain requirement of the law in the light of the Constitution Bench decision in Anita Kushwana v Pushap Sudan[6] which recognized access to justice as a basic, inalienable human right. For all we know, a well thought out inclusive system of virtual hearings may make "justice at your fingertips" a reality. Towards this end, the Legal Services Authorities, at all levels, must also be sensitized about the process thereby enabling them to effectively aid and advise the affected parties about the options available to them. After all, in a vast majority of cases it is the doors of these authorities that the poor and the marginalized turn to for redress. As observed by the Supreme Court in Govinda Kutty Menon v C.D Shaji[7], free legal aid through these authorities are tools in the hands of the poor and the marginalized to secure access to justice.

As Anatole France famously remarked "The law, in its majestic equality, forbids the rich as well as the poor to sleep und bridges, to beg in the streets, and to steal bread". This is the essential tenet of the rule of law which is a basic feature of our Constitution. Its judicial manifestation is the Lady of Justice : a symbol that the ideal of justice is blind to wealth, power and other status.

To the orthodox, some of these reflections may sound blasphemous. But as George Bernard Shaw once said "all truths begin in blasphemies."

(Justice N. Anand Venkatesh is Judge at High Court of Judicature at Madras)