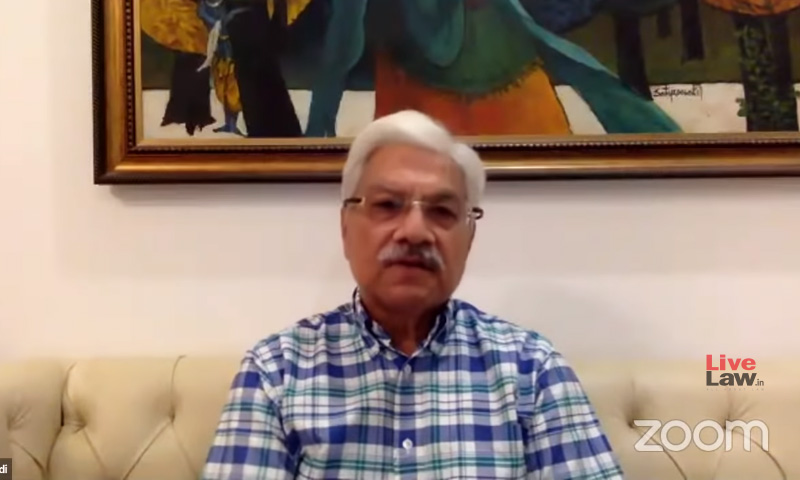 There has been a considerable debate on the proprieties of PM Modi`s visit to Ayodhaya to inaugurate the Construction of Ram Temple on the 5th of August. In my opinion to have a correct view on this one has to split the personality of PM Modi into that of a PM of the nation at large and that of Shri Modi as an individual believer. As an individual believer he has the freedom to...

There has been a considerable debate on the proprieties of PM Modi`s visit to Ayodhaya to inaugurate the Construction of Ram Temple on the 5th of August. In my opinion to have a correct view on this one has to split the personality of PM Modi into that of a PM of the nation at large and that of Shri Modi as an individual believer. As an individual believer he has the freedom to profess, practice and propagate religion close to his heart. This is what Article 25 guarantees to the individual believer. Interestingly this right is not confined to citizens only, but is there equally for the non-citizens. One can therefore rightly say that Shri Modi was well within his rights under Article 25 to profess, practice and preach the religion of his choice, as any other person.

The situation alters drastically when Shri Modi takes a Constitutional oath to be PM of the Nation called India. He takes an Oath to "abide by the Constitution and the law". This is the point of time when the split personality changes and becomes one. The individual morphs into a collective Institution for all Indians, irrespective of their caste, creed, religion and the rest. This collective Institution called the PM of the Nation, comes into existence only after taking the prescribed Oath to "abide by the Constitution". What does this mean? It means that he has to abide by the "Constitutional Morality" as enshrined in the Constitution. The Preamble to the Constitution is the reservoir of all Constitutional morality. In short the Preamble proclaims India as a Secular Democratic Republic based on the resolve of "We the people of India" which includes both the majority and the minority. This goal was mandated to be achieved by enforcing Justice, liberty of faith and worship, and equality and Fraternity. The preamble further mandates the achieving of "unity and integrity" of the Nation on the plank of "Fraternity". In other words "We the People" believed that the only way of achieving our basic goal of "Secular Democratic Republic" was through `Fraternity` based on Secularism, Justice, Liberty of Faith and Worship, as well as Equality. This in fact is the real mandate, encapsulated in the Oath, which our PM has taken for achieving the goals set in the Preamble. Constitutional morality is the foremost religion which our Prime Minister has to follow, to maintain "Fraternity, Unity and Integrity" of our nation. Every step he takes has to be guided by the morality. Though it is not defined yet the Constitution also speaks in silence.

We can see this in another way. The right under Article 25 to profess, practice and preach, is not absolute, but is subject to "morality and public order". "Morality" though not defined in the Constitution, is a wide word and most certainly includes the "Constitutional Morality" as explained earlier. The important thing to emphasise is that when Shri Narendra Modi morphs into the august institution of the PM, he is bound to observe his oath to respect, honor and observe the Constitutional morality embedded in the Preamble, in order to achieve the goals set therein. The right of Shri Modi under Article 25 to profess, practice and preach the religion of his choice gets subordinated to the Constitutional expression as well as silence. He has to act all the times, in accordance with the Constitutional responsibilities encapsulated in his oath. It is this morality, which PM Nehru spoke of when he advised the then President against going to inaugurate the newly built Somnath temple. He said "I confess that I do not like the idea of your (President) associating yourself with a spectacular opening of the Somnath Temple. This is not merely visiting a temple, which can be done by you or anyone else but rather participating in a significant function which unfortunately has number of implications". The words "number of implications" is the key because now, more than ever, this holds true. Though the advice was not heeded by the President, yet Shri Nehru wrote to the Chief Ministers that the Central Government has nothing to do with it, as nothing should come in the way of State being Secular. Unlike Nehru I am not basing my argument only on Secularism. Can the PM of our Nation publically profess, practice or preach his religion as permitted under Article 25 of the Constitution. The Constitution is completely a-religious and equidistant from all religions. Would it remain equidistant from all religious if the PM starts professing and preaching his own religion publicly. Would it not be destructive of the Constitutional Morality and its ethos as well as the concept of equidistance from religion? This is what Shri Modi forgot as did the then President earlier, when they went with pomp and splendor to inaugurate the temples.

We can assess this in another way. When Nehru advised the then President to not to go to the Somnath Temple inauguration, his logic was based not only on the sacred Principle of Secularism but also on the "number of unfortunate implications". The participation of PM at the Ayodhaya inauguration does have serious unfortunate implications. For this we need to run the background check of the Majid dispute and the Judgment.

When Masjid was demolished by the Hindutva elements despite undertakings given by the then State Government, Supreme Court in 1994 caustically observed, `within a short time, the entire structure was demolished and razed to the ground. Indeed it was an act of " National shame". What was demolished was not merely an ancient structure, but the faith of the minorities in the sense of justice and fairplay of majority". This has led some to say that idea of India was not demolished in Ayodhaya alone, but it happened in our liberal homes and minds. Besides the Masjid judgment of 2019 further reiterates and corroborates the shamefulness of the demolition. It rejects the claims of Hindus based on their belief that Masjid was constructed by Mir Baki by demolishing a Ram Mandir. The ASI survey done at the request of the Hindus openly debunked this belief. Not only this, the placement of idols in the year 1949 inside the inner courtyard of the Masjid as well as inside it, was also declared by the Supreme Court as unfair and illegal, done surreptitiously with the assistance of the local Collector. Both the acts of placement of idols in the masjid as well as its demolition were severely criticised by the Supreme Court in its Judgment as Unconstitutional and Criminally illegal. Thus on the one hand there was only an exploded belief of destruction of temple, while on the other, there was this reality of destruction of Masjid. It was a hotly contested dispute between two distinct faiths, which had resulted in lots of deaths and lasting acrimony.

When the Supreme Court called the demolition of Masjid a national shame, it was because it demolished the faith of the minorities in the sense of justice and fairplay of the majority. It demolished the idea of India in our homes and minds. None of this could have subscribe to the Constitutional morality enshrined in our Constitution. It is this that our PM did not realize and appreciate in his zeal to be part of the inauguration ceremony. It did result in reviving the deep sense of wound and hurt caused earlier and with it, revived the deep chasm between the two great faiths of India. If anyone has any doubts in this regard, the remarkable silence of one of them was extremely portentous and loud.

In such circumstances did it behoove our PM to tour Ahyodhya, is the moot question? More importantly did it subserve the cause of "Fraternity based on justice and equality"? PM Modi should have weighed and so should his fans "the unfortunate serious implications" of the visit. It inevitably reminds me of very pithy statement which I read recently "the moot question is, to honour which Ram, is the Ram Temple being built? The Ram whose name was on the lips of Mahatama Gandhi when Nathuram Godse shot and killed him or the Ram in whose name Nathuram Godse killed Gandhi. Every Indian who reveres Ram has to make this decision. The Institution of PM ought to have distinguished this truth fully and fairly. What was determined as a National "shame and breach" of faith could not be proclaimed as a national pride.

(Author is a Senior Advocate at the Supreme Court)