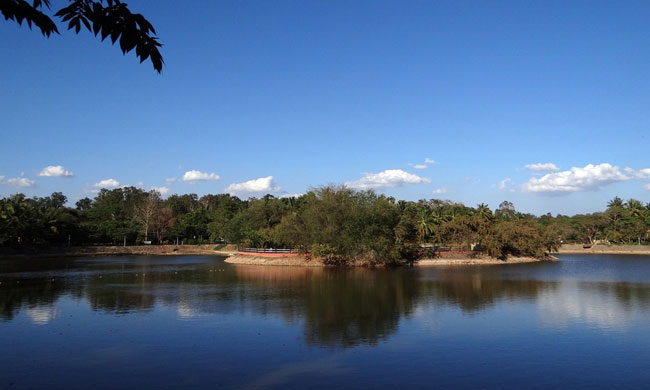 The Draft River Basin Management Bill, 2018 proposes the establishment of multiple River Basin Authorities for different inter-state river basins. The manner in which such authorities are envisaged to be set up under the Bill makes them highly dependent upon approvals from the Central Government and the concerned State Governments. This will eventually render them as puppets because of...

The Draft River Basin Management Bill, 2018 proposes the establishment of multiple River Basin Authorities for different inter-state river basins. The manner in which such authorities are envisaged to be set up under the Bill makes them highly dependent upon approvals from the Central Government and the concerned State Governments. This will eventually render them as puppets because of the strings attached to the governments. The current policy proposal advocates the setting up of Inter-State River Basin Authorities (IRBAs) as statutory autonomous bodies under an interstate compact for implementation of river management and revival plans. These autonomous bodies will be inclusive, and will enhance management of inter-state rivers through broad stakeholder participation.

Model for Organizational Structure of the IRBA and Related Logistics

Autonomous bodies have been set up in the past for environmental protection (e.g. the Central Pollution Control Board) but such 'autonomous' bodies often end up becoming obsolete. These bodies are reduced to a near-defunct state because of the deeply flawed manner in which they are organised, and the way they operate. These autonomous bodies are unable and incapable of performing functions independently.

To ensure the success of said Authorities, it is imperative to plug the loopholes that occur in an Indian bureaucratic setup, during the course of work undertaken by these institutions. There are two models of organizational structure that can be applied for improving upon the logistics of these Authorities. These models include the 'Cooperation Model', and the 'Hierarchization Model', out of which the Cooperation Model appears to be the best fit for the intended purpose of river conservation.

Under the Hierarchization Model, the concerned Ministry shall have the final call in implementing every river management plan despite its potentiality of revitalizing a river. As per this model, there would be far-reaching enforcement or non-enforcement powers of the government. The IRBA shall be required to submit to the authority of the government with no alternative, wherein the Centre may refuse to give the go-ahead for crucial river management plans. Such refusal may result in poisoning our rivers to the point of no return. This model requires every plan to be approved through the rungs of a hierarchical administrative framework, resulting in delays, and disallowing space for any considerable action.The greatest challenge posed by this model is prolonging the old governmental ailment of 'buck passing'. By concentrating all the powers and functions in the hands of the Ministry, this model threatens to further deteriorate our rivers and make the IRBA untenable.

The Cooperation Model, on the other hand, focuses upon increased cooperation between the concerned State Governments, and guarantees to keep the IRBA at its core, while simultaneously proposing to build it into a legally autonomous authority. According to this model, the IRBA shall have its own membership, and unique legal identity albeit after receiving funds from the government. Alongside receiving funds from the government, the Authority must be allowed to exercise its independent fund-raising capabilities as well. An important thing that needs to be considered here is the approval required from the Centre and the State Governments. Within this framework, governmental approval of a river management plan must be limited to water allocation or any other activity that directly affects the rights of the States. Only in such a scenario, should the State Governments have a role to play in the working of the Authority. 'Only' being the operative word here, they must otherwise not be allowed to meddle in the implementation of river management plans imperative for addressing the critical conditions of rivers.

River is a Living Entity

In Mohd. Salim v. State of Uttarakhand, the Court observed that an extraordinary situation had arisen since the rivers Ganga and Yamuna were losing their very existence. The Court further observed that the situation required extraordinary measures to be taken to preserve and conserve Rivers Ganga and Yamuna. Looking at the gravity of the situation, the Court applied the concept of Juristic Person. The Court held that to protect the recognition and the faith of society, rivers Ganga and Yamuna are required to be declared as legal persons/living persons. While declaring these rivers as living entities having the status of a legal person, the Court held that the rivers should have all corresponding rights, duties, and liabilities of a living person in order to preserve and conserve river Ganga and Yamuna. This landmark case is an important development in the path towards river rejuvenation. Now that rivers have been declared as living entities, if any conservation activity or river management project is undertaken by the IRBA, and if such activity/project is vital to the maintenance of the life of a river, then such a circumstance allows the activity/project to be implemented even without the prior approval of the government.

Healthy rivers are extremely crucial. The underlying purpose of creating IRBAs is for the management of rivers to ensure their lifespan, alongside sustainable development. The body aims at mitigation and adaptation measures for river conservation. As a mitigation body, it shall work to reduce the pollution and the damage that has been done to rivers. The goal of mitigation is to avoid significant deterioration of the rivers and rejuvenate them in a time frame sufficient to, allow the river ecosystems and processes to adapt naturally to the changing ecological conditions; ensure that sustenance dependent upon these rivers is not threatened; and enable economic development to proceed in a sustainable manner. The basic premise is to work towards river rehabilitation, restoration, and rejuvenation that emphasizes upon natural functions of rivers, which have been lost or degraded by human intervention.It focuses upon reviving the ecology of rivers that have been severely damaged.

As an adaptation body, it shall strive to help in adapting to the changed ecosystem dynamics of the affected rivers. The goal is to reduce vulnerability to the harmful effects of river pollution. Here, the primary idea is to build resilience against the poor condition of the rivers by promoting awareness about it and encouraging appropriate adaptation and conservation programmes.

Attention must also be paid to the membership and representation in the IRBAs. Many such similar existing institutions suffer from the perils of having unqualified individuals as members of the Board. The Board members of the IRBA must strictly consist of qualified members. Concrete laws and an apt eligibility criterion should be in place for holding such posts. Only those people should be made chairpersons and members who possess experience and knowledge in the field of environment, as opposed to the key posts being manned by IAS officers, bureaucrats, or ministry representatives who neither possess the necessary capabilities and expertise in properly managing and planning river management activities nor have enough time to pay attention to these activities. The expertise of chairpersons should be in the area of water and river management so as to guarantee that they are capable enough to comprehensively evaluate the environmental and social impacts of a proposed river management project. There should be a bar on appointing part-time chairpersons. Only a full-time chairperson with adequate knowledge, background, and experience in water and river management can do full justice to the post.What the IRBA requires is autonomy; technical and legal expertise; and qualified members, who can visualize future horizons of linking river conservation with sustainable development. Clear time frames and agendas must be set for the Board meetings. Guidance is required in such institutions of people who will not merely push papers but provide platforms for inclusive opportunities using river management as the basis for sustainable development in the future. Besides this, sufficient technical personnel are to be provided for smooth functioning of the IRBA. Such technical personnel must be adequately trained and remunerated.

As has been seen in the governance of the Colorado River Basin – shared by the seven US states of Arizona, California, Colorado, New Mexico, Nevada, Utah, and Wyoming – the general trend is towards collaborative localized problem-solving, often within geographical areas defined by waterfronts. Ecological sustainability would avoid unnecessarily sacrificing the welfare of future generations to accommodate present needs. In addition, it recognizes the realities of ecosystems; it demands that we not use one resource without considering the effects of that use on the supply and vitality of other resources and on the balanced operation of natural systems. Interests in the inter-state river basins must be met with new and innovative arrangements with respect to allocation of costs of pollution.

The 'Polluter Pays Doctrine' is placed upon the characteristic of contribution, i.e. the amount of pollution contributed by a party. If the costs of the cleanup are allocated proportionately, parties who contribute the most pollution to the river will pay the most in cleanup costs. This illustrates the 'Polluter Pays Doctrine', a proportionality-based concept.It was held in Indian Council for Enviro-Legal Action v. Union of India that the 'Polluter Pays' principle which is a part of the basic environmental law of the land requires that a polluter bear the remedial or clean up costs as well as the amounts payable to compensate the victims of pollution. The judgment in this case on the polluter pays principle and the justification for invoking it was reaffirmed by another Bench in 1996, in the case of Vellore Citizens Welfare Forum v. Union of India.

The 'Victim Pays Doctrine'/'Beneficiary Pays Doctrine' is placed upon the characteristic of need, i.e. how badly the party needs the status quo to be altered. This demonstrates the relative need for the desired use. The parties suffering the most from the pollution will gain the most from cleanup. Since these parties benefit the most, they should bear the largest costs of cleanup.

The 'Endowment Doctrine' is placed upon the characteristic of capability, i.e. the ability of the party to pay for cleanup and residual injuries. Differences can be categorized in terms of endowment. Using an endowment rationale, wealthier parties, who can more easily afford to pay for cleanup, should pay for the greater share.

A Roadmap to Inter-State River Conservation

Creation of another superficial environmental body holds no purpose. We do not need another such body to go redundant. What we definitely do need, on the other hand, is to ensure that the Inter-State River Basin Authorities (IRBAs) function independently as autonomous bodies in its truest sense. Adequate space for autonomous functioning of the IRBAs coupled with systematic structuring, ecologically erudite membership, innovative pollution cost-allocation mechanisms, and effective river management plans will be pivotal in bringing back our inter-state rivers from the brink of demise and resuscitating them.

(Fizza Zaidi is a Final year law student at the Faculty of Law, Jamia Millia Islamia. Her research interests include environmental law and environmental policy)