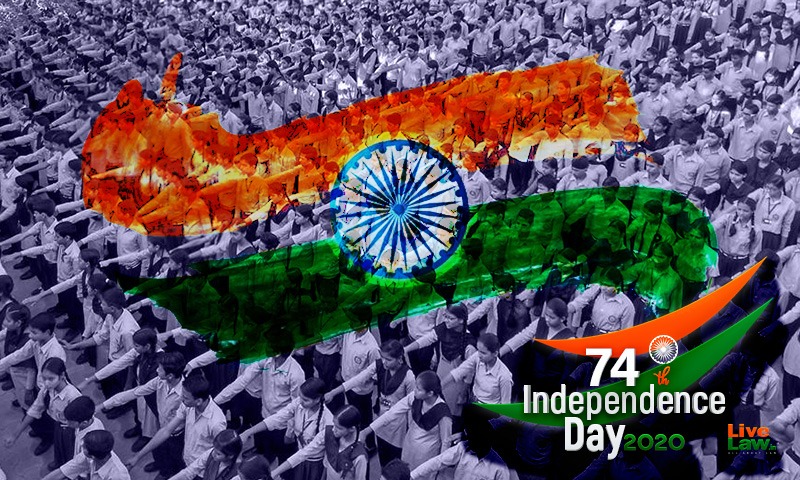 India is my country and all Indians are my brothers and sisters I love my country, and I am proud of its rich and varied heritage. I shall always strive to be worthy of it. I shall give respect to my parents, teachers, and all the elders, and treat everyone with courtesy. To my country and my people, I pledge my devotion. In their well being and prosperity alone,...

I love my country, and I am proud of its rich and varied heritage.

I shall always strive to be worthy of it.

I shall give respect to my parents, teachers, and all the elders, and treat everyone with courtesy.

To my country and my people, I pledge my devotion.

In their well being and prosperity alone, lies my happiness.

Every school in India starts its day by singing the National Anthem and reciting the pledge. If you ask a primary student, "Who composed our national anthem, Jana Gana Mana?", "Rabindranath Tagore", is what the child will reply instantly. But if you ask the child, "Who authored our Pledge?", you will receive a clueless look.

Most of India's symbols were adopted during the struggle for independence, the transfer of power, or just before the constitution came into force. The national anthem, Jana Gana Mana, is the first stanza of the song Bharoto Bhagyo Bidhata by the celebrated poet, Rabindranath Tagore. It was first publicly sung on 27th December 1911, at the Calcutta (now Kolkata) Session of the Indian National Congress.[1] The national song, Vande Mataram, was written by Bankim Chandra Chatterjee in the 1870s and was adopted as the National Song of India in October 1937 by the Congress Working Committee.[2] Both, the national anthem and the national song, were formally adopted by the Constituent Assembly of India as the National Anthem on 24 January 1950, but not the National Pledge.

The National Pledge is an oath of allegiance to the Republic of India. It is commonly recited by Indians in unison at public events, especially in schools, and during the Independence Day and Republic Day celebrations. It is commonly found printed in the opening pages of school textbooks and calendars. It is recited in the morning assembly of most Indian schools. And while the National Pledge seems 'officially Indian', the National Pledge was never formally adopted by the Constituent Assembly or the Parliament of India and has no mention of it in the Indian Constitution. Strange, isn't it? How is it that one of the most quintessentially Indian things was never officially adopted by India? Where does it come from and who is responsible for its creation?

The National Pledge was authored by an individual named Pydimarri Venkata Subba Rao. Subba Rao, a native of Telangana, was a neuropathy doctor and a bureaucrat. He was also a polyglot, having mastered Sanskrit, Telugu, English, and Arabic. He wrote several books in Telugu, the most famous of which is the novel Kalabhairavudu.[3] It is believed that when he was the District Treasury Officer of Visakhapatnam District in 1962, he wrote the pledge and presented it to senior leader Tenneti Viswanadam who forwarded it to the then Education Minister P.V.G. Raju. It is reported that the then Education Minister directed all schools to ensure that the students take the pledge. The pledge was then taken up at the National level and the Government of India had it initially translated into seven languages and directed that the students of all the schools in the country be asked to take it every day.[4] Surprisingly, it is said that Subba Rao, who retired in 1971, was unaware of the fact that the pledge he wrote had now been given the same status and recognition as the National Anthem and the National Song, and only found out about its adoption when he heard his granddaughter reading it from her school textbook. While Subba Rao isn't normally credited for the Pledge, the Government of India does officially recognize him as the author. In 2015, the Telangana Government in its textbooks paid a tribute to Nalgonda-born Pydimarri by quoting his name as the author of National Pledge.[5]

In 1962, when the oath was conceived, the nation was in trying times. The country was at war with a hostile China, which had attacked, betraying India's trust.[6] In the years to come, it was translated into numerous other languages and became a staple reading before every official event, as well as in schools across India. Today, translated versions of the pledge are recited across India in, Assamese, Bengali, Bhojpuri, Gujarati, Hindi, Kannada, Konkani, Kokborok, Malayalam, Marathi, Nepali, Odia, Sanskrit, Tamil, Telugu, and Urdu.

What is truly remarkable about the Pledge is, even though it was written by a single individual years after the Constitution was adopted, it carries some of the most distinctive ideas that one finds in the Constitution of India - which was a product of cumbersome debates and a lengthy drafting process. The Pledge not only matches up with the ethos of India but also furthers the idea of the Republic, as it was originally envisioned by the founding leaders of our nation. And as we find ourselves at this moment in time, where the nation stands divided on some of the most fundamental ideas, we should perhaps, remember our Pledge.

[Hamza Lakdawala is an aspiring litigator, researcher, and writer from Mumbai. He studied Journalism at Mumbai University and is currently pursuing his LL.B. at Kishinchand Chellaram Law College, Mumbai. You can follow him on Twitter @legallyhamza]