Review: Report on the working of Wildlife Protection Act, 1972 by Criminal Justice and Police Accountability Project 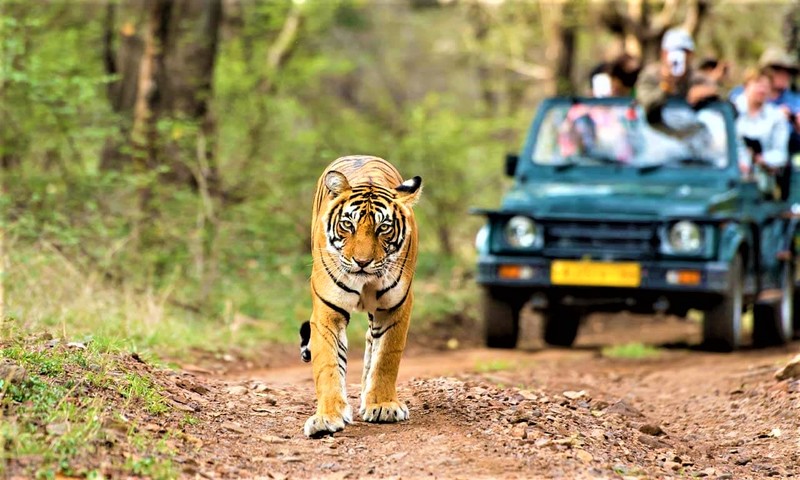 In September 2022, the Government of India brought a group of eight big cats/cheetahs from Namibia to Kuno National Park in Madhya Pradesh. Amidst the celebrations of this project, what went unnoticed was the displacement of Adivasis and other similarly marginalized communities from Bagcha village, surrounding the park. Due to this ambitious project, the Sahariya Adviasis (a particularly vulnerable tribal group) of the village have been forced to ‘relocate’, disrupting their livelihood and life. This, however, is not the first time. Since the colonial era, Adivasis, forest dwelling communities, and other marginalized communities have been seen as ‘threat’ to the environment, who are forced to be removed, relocated, and criminalized. The use of criminal law for forest governance has not changed even after independence. Thus, a mixture of laws- the Indian Forest Act, 1927; the Forest (Conservation) Act, 1980; and the Wild Life Protection Act, 1972 (WPA) continue to work in an anti-poor fashion.

Despite the unequal and discriminatory operation of the wildlife protection laws, both academic and journalistic scholarship have failed to take an evidence-based approach and account for how these laws actually work. The report, ‘Wildlife Policing: The Reign of Criminalization in the Forest of Madhya Pradesh’ by the Criminal Justice and Police Accountability Project attempts to change that. The report is useful on two fronts- first, in understanding the impact of criminal law within broader forest governance laws on marginalized communities; and second, in raising fundamental questions about what we criminalize, how we criminalize, and most importantly, what should be the foundational principles of criminalization in a constitutional democracy.

The report analyses 780 arrest records in 38 districts of Madhya Pradesh between 2011 and 2020; 129 FIRs recorded between 2016 and 2020; and 1,414 records of offences registered by the Forest Department across 24 circles between 2016 and 2020, along with 45 interviews with accused persons and their families, forest bureaucracy, and various key actors of justice delivery system- police officers, lawyers of the accused persons, government lawyers, and civil society organizations. As research methodology, the use of both quantitative data and qualitative methods is in itself an achievement, given the abysmal record keeping practices of ‘crimes’ in India, and overall lack of support for qualitative research. The research methodology is a significant contribution to challenging opaque working of forest departments.

The report makes two major revelations: first, the overt criminalization of Adivasis and other forest dwelling communities; and second, the casteist nature of policing that has marked our environmentalism and conservation strategies in national parks.

On criminalization: following are the major findings of the report-

On policing: following are the major findings of the report-

Long History of Exploitation of Adivasis and Forest Dwelling Communities

These findings make it clear that SC/ST and other forest dwelling marginalized communities are disproportionately targeted by the WPA. The excessive presence of these communities in state’s records is the result of direct criminalization of their livelihood. Bulk of the criminal cases relate to self-defence against wild animals despite the presence of section 11(2) of the WPA, which allows for the killing of animal for the defence of oneself or someone else, say for instance, through electric wires. The arbitrary power of search and seizure by forest officers has allowed for the discretionary imposition of hunting charges.

Further, fishing, and collection of forest produce have been recognized as community rights under Section 3 of the Forest Rights Act, 2006. Yet, cases have been registered for both finishing and so-called ‘illegal entry’. Fish are not even protected species under the WPA. The 2006 act was enacted to address historic injustice against these communities and provide mechanism for recording and recognizing their forest rights (Preamble). But the indiscriminate criminalization under the WPA, has diluted the rigor of the act, criminalizing livelihood, and living.

Despite offences being bailable and some even being compoundable, both are hard to come by. Ultimately, the community members get marked as ‘habitual offender’, similar to colonial equivalent of marking some communities as criminal by birth.

The report thus essentially finds that WPA has been ‘repurposed’ as a tool for upholding caste-based notions of purity and environmentalism. Further, there are no mechanisms for compensation for destruction and loss of crops by wild animals. Thus, overall, the communities have been doubly trapped- firstly, by criminalization, and secondly, by lack of effective compensation and remedies.

(Surbhi Karwa is a BCL graduate (Distinction) from the University of Oxford. )