Ruth Bader Ginsberg: The Greatest Liberal Judge Of Our Times 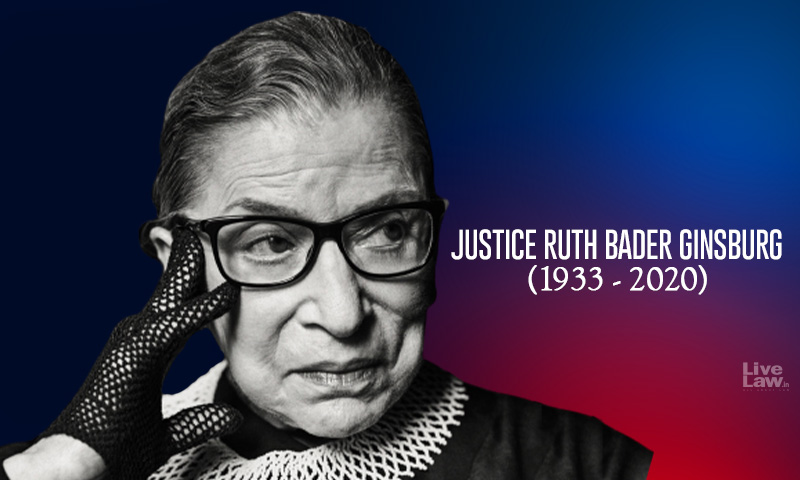 As the news broke out across the world, crowds began gathering outside the Supreme Court of United States. This spontaneous burst of emotion is a unprecedented tribute for one of the greatest of the liberal judges of our time – Justice Ruth Bader Ginsberg. It is but a rarity in history, particularly in judicial history, when a judge's passing away evokes so much of choking emotion...

As the news broke out across the world, crowds began gathering outside the Supreme Court of United States. This spontaneous burst of emotion is a unprecedented tribute for one of the greatest of the liberal judges of our time – Justice Ruth Bader Ginsberg. It is but a rarity in history, particularly in judicial history, when a judge's passing away evokes so much of choking emotion across the globe.

This is because no other judge in recent history has left such an indelible and an unambivalent liberal legacy in recent times. That her opinions, so intellectually sharp could touch a chord amongst people cutting across nations, cultures, languages and speak to the aspirations of the collective humanity is remarkable. Justice Ruth Bader Ginsberg's strength lies in the endurance of her spirit which fought to preserve democracy, justice and equality. There was no ambivalence, no prevarication, no excuses, no subterfuge to dilute the fundamentals of her faith in democracy. Her conservative colleagues on the bench would on many an occasion win decisions on a narrow 5-to-4 majority. But it would, forever, be her meticulously drafted dissents which would capture the hearts and minds of people. She became that part of the judiciary, which would not allow the transgressions of the establishment chipping away the very fundamentals of democracy.

Ginsberg's opinion in United States Vs. Virginia (1996) ended the misogyny which prevented women joining the Virginia Military Institute. The state, she wrote could not exclude qualified individuals on the basis of "fixed notions concerning the roles and abilities of males and females". Her humanist streak gets voiced in Olmstead v. LC (1999) which favoured people with mental disabilities to be placed in community settings and not in institutions. "Institutional placement of persons who can handle and benefit from community settings, which rates unwarranted assumptions that person so isolated incapable or unworthy of participating in community life".

It was unfortunate that the world's most popular Judge was sitting in a court filled with conservative appointees. Her dissents did not always go in vain. Her opinions impacted the legislature to adopt a corrective course. In the decision, Ledbetter v. Goodyear Tire & Rubber (2007), the majority with bewildering logic held in that women victims of pay discrimination had a very narrow window to challenge the discriminatory acts of the employer. Ginsberg's dissent was a both testimony against misogyny and a call to arms, "this is not the first time the court has ordered a cramped interpretation.. The legislature may act to correct this court's parsimonious reading of Title VII". It didn't take much time for Pres. Barack Obama to sign the Lilly Ledbetter Fair Pay Act overturning the Supreme Court decision.

Unlike Justice William O. Douglas who rode the tide in a liberal court, Ginsberg was in a court packed with conservatives. Ginsberg stood unwavering against her colleagues on every necessary decision. The notable one being the Shelby County versus older (2013) and Rucho v. Common Cause (2019) where the court upheld the bane of American politics - gerrymandering. The Voting Rights Act was enacted in 1965 at the height of the Civil Rights Movement to secure the right to vote for racial minorities across America. Section 5 and section 4 (b) of the Act required the states and local governments to obtain federal preclearance before implementing changes to prevent discriminatory voting laws. The Supreme Court held, in an unexpected narrow 5-to-4 vote held that section 4(b) was unconstitutional because the formula prescribed by the section was based on data no longer responsive to current needs. The court did not strike down section 5. But without section 4(b), the Act became a dead letter and an open sesame for actions to prevent black and other racial ethnic minority voters from voting. 5 years after the ruling, more than a 1000 of pooling booths were closed in predominantly African-American counties and voting restrictions began to be implemented especially in States with the highest African-American turnout. Ginsberg opposed the decision both on and off court. Her dissent is a searing attack on this dark opinion, " throwing out preclearance when it has worked and is continuing to work to stop discriminatory changes is like throwing away your umbrella in a rainstorm because you are not getting wet".

Ginsberg was the eternal optimist for she saw in her lifetime Franklin Roosevelt's new Deal pulling America out of the Great Depression, saw the defeat of Nazism and Jim Crow laws making a retreat. As her influence on the bench waned to secure majority verdicts, she wrote her dissents in her indefatigable optimism. These dissents became ever more powerful and they could be understood in a multilingual world. She said "Dissents speak to a future age. It's not simply to say, 'My colleagues are wrong and I would do it this way.' But the greatest dissents do become court opinions and gradually over time their views become the dominant view. So that's the dissenter's hope: that they are writing not for today, but for tomorrow."

As the crowds gather outside the Supreme Court of United States, they are paying a richly deserved tribute to one of the foremost public intellectuals of this age wedded to freedom and liberty whose opinions which will continue to inspire millions across the many civilisations and across the many ages. 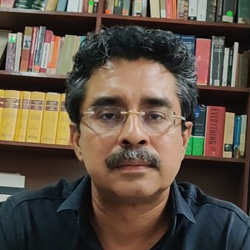 (Author is a Senior Advocate at Supreme Court of India. Author of `Choosing Hammurabi: Debates on Judicial Appointments' (LexisNexis), `Appointing our Judges: Forging Independence and Accountability' (LexisNexis) and `The Maoist Movement in India: Perspectives and Counter Perspectives' (Routledge))