The Sabarimala Purification Ceremony Speaks For Itself: 'Impurity' Of Women Is The Basis Of Exclusion 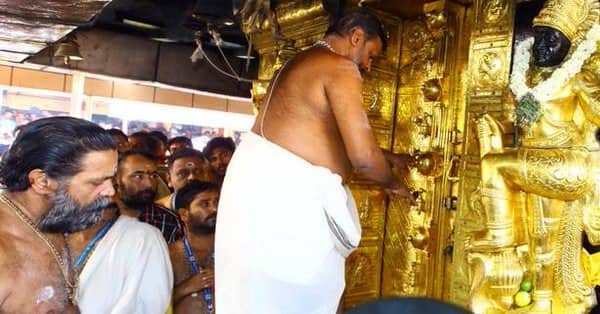 Following the Supreme Court verdict in October 2018 upholding the constitutional right of women devotees of all ages to enter the Sabarimala shrine, State of Kerala had witnessed a number of dramatic events of women trying to walk in, and resistance to the same using sheer mob might. Police had a delicate task at hand, seemingly wavering between the safety of women devotees and the...

Following the Supreme Court verdict in October 2018 upholding the constitutional right of women devotees of all ages to enter the Sabarimala shrine, State of Kerala had witnessed a number of dramatic events of women trying to walk in, and resistance to the same using sheer mob might. Police had a delicate task at hand, seemingly wavering between the safety of women devotees and the constitutional obligation to enforce the Supreme Court judgment. The sequence of events culminated in two women entering the temple and offering prayers to the deity on the wee hours of the second day of 2019. It was then that the Thanthri (the Chief Priest) put up the show of closing the doors of the sanctum sanctorum for a 'Purification Ceremony' which he referred to as the "Shudhi Karma". The ritual, as the name denotes, is a process undertaken to remove the impurity that had befallen on the deity, in this case the impurity being the presence of two women in their early forties. After the purification which took about an hour, the doors of the Lord were opened for the devotees.

This "Shudhi Karma" had brought to the socio-legal forefront once again, the very basis of non-entry insisted upon women of the age of 10 to 50, over the years. It had made it bare that women throughout their menstruating age (not necessarily the actual days of menstruation) are considered impure, impure enough to contaminate a place of worship and hence excluded from the holy spaces, lest they pollute the male pilgrims and the deity Himself and take away the sacredness of the otherwise divine temple.

The 'Shudhi Karma' is a clear case of res ipsa loquitor, meaning 'the thing speaks for itself'. The ceremony that was adopted by the Chief Priest established yet again the patriarchal and primitive norms of impurity that has been cast on women which fails to meet the constitutional test of dignity and equality of women. 'Shudhi Karma' indeed speaks for itself that the deemed impurity of women has been the real basis of the Ban on Women. It proves the notions of impurity and pollution associated with women of menstruating age. It disproves the finding of Justice Indu Malhotra that the exclusion of women in Sabarimala is a religious practice not amounting to untouchability, based on the celibate status of the deity. It establishes that women were excluded based on the very same notions of purity and pollution and that amounts to nothing less than untouchability. And therefore, as Justice Chandrachud in his constitutional wisdom held, any practice that excludes women from public spaces on the notions of purity and pollution, violates her fundamental right to dignity and privacy, and amounts to untouchability.

Purification ceremonies had been in the past too, when a dalit draws water from a well, crosses a temple path and so on and so forth. Now in this age of constitutional morality, there has been an outright violation of the constitutional right of women leashed out by the Chief Priest of Sabarimala temple. By calling for purification ceremony because two women entered the temple, is he not proclaiming loud and clear that women of that age are impure? And mind those who support him by words and deeds, Article 17 of our Constitution states: "Untouchability is abolished and its practice in any form is forbidden. The enforcement of any disability arising out of Untouchability shall be an offence punishable in accordance with law." The Protection of Civil Rights Act, 1955 makes it an offence to exclude a person from a place of public worship on the ground of untouchability. In addition to the several offences under the Civil Rights Act that may befall the 'purifiers', stands the offence called contempt of court for blatantly violating the judgment of the Supreme Court of India. Immediate action against the offenders would be in the interest of constitutional rights including the dignity of women in general and the majesty of the Supreme Court in particular.

Dr Sandhya Ram is an Asst. Professor at V.M.Salgaoacar College of Law, Goa.