Safoora Zargar Got Bail; But Questions On Legality Of Her Custody Remain 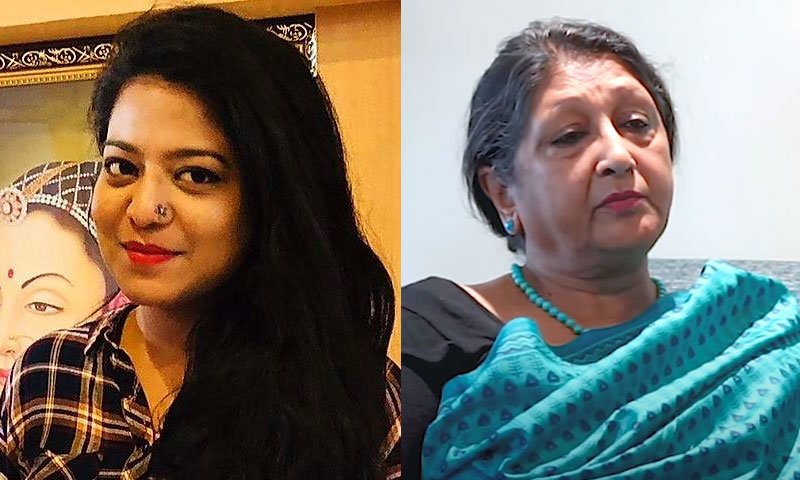 The topic of bail to Safoora may seem irrelevant now that she has been released. But I wish to discuss it knowing that countless Safooras, in both genders, continue to face similar fates and it is important that we know how the State behaves in situations which demand fairness in procedure and how Judges are immune to understanding the basics of Law. I feel a certain amount...

The topic of bail to Safoora may seem irrelevant now that she has been released. But I wish to discuss it knowing that countless Safooras, in both genders, continue to face similar fates and it is important that we know how the State behaves in situations which demand fairness in procedure and how Judges are immune to understanding the basics of Law.

I feel a certain amount of concern because the people who left her languishing in jail cannot even begin to imagine the innards of the Indian prison system for which reason I have always advocated a prison tour for people dealing in Criminal law so they know the consequences of their acts. Life in jail is not only wretched and stripped of dignity but also comes to complete standstill very much like covid times.

I must inform at the outset that I was not the advocate for Safoora Zargar and all information in respect to her case is either derived from the Internet or the bail orders of the successive Courts.

Most readers know that the Supreme Court time and again has said that Article 21 which enjoins that no person shall be deprived of his life and liberty except according to procedure established by law means a law which is reasonable, fair and just. Woefully, to me these words sound hollow, in the face of practical realities when one finds the process of the administration of Justice getting more and more mechanical and heartless and hence will refrain from reproducing the wise words.

To proceed with the facts, we find that the case of Safoora hinges on two FIRs (First Information Report). She was arrested in the first one for road-block and released on bail on production before the magistrate on 10.4.20. It appears on the same day she was then remanded in the next case i.e. FIR No 59/2020 based on material collected in a third case in which she is not an accused. Legally such material could not have been used against her for any purpose much less refusal of bail but I will not delve into merits of the case since my article deals with another aspect.

On 21.4.2020 Safoora's prayer for bail was refused by the Duty MM New Delhi. In the first sentence of the order the Magistrate notes her submission that she was 13 weeks pregnant and had various health issues. However, prayer for bail was refused on the ground of gravity of the offence and that the case was Sessions triable. The Magistrate does not say a word about the medical condition of the girl despite the mandate of Section 437 Crpc quoted below;

(1) When any person accused of, or suspected of, the commission of any non- bailable offence is arrested or detained without warrant by an officer in charge of a police station or appears or is brought before a Court other than the High Court or Court of Session, he may be released on bail, but-

(i) such person shall not be so released if there appear reasonable grounds for believing that he has been guilty of an offence punishable with death or imprisonment for life;

Reading the provision correctly one finds that there are two situations which the Magistrate before whom an accused is produced has to consider before he/she grants or refuses bail;

In effect, this Section factors in both situations, the seriousness of the offence as well as the condition of an accused. According to me this section shows the human side of the procedure which otherwise is mechanical by virtue of its uniform application. By giving discretion to the Magistrate to consider various aspects of a situation, no matter how serious the offence under which the accused is charged, the law expects a Judge to be aware of human condition before exercising his discretion.

In this case when the Magistrate failed to consider her medical condition, he/she not only committed an error of law but also defied its mandate. No doubt the section uses the word 'may' but it is only for the purposes of giving him a judicial discretion in the matter. When the conditions under which he is to exercise the discretion have been clearly spelt out there is a sureness about the circumstances under which discretion is to be applied. It is commonly understood that justice must not only be swift but also sure so there is no confusion or doubt that the judicial exercise was arbitrary or prejudicial. But then, this is the way the wheels of the system operate in our country.

When the matter came before the higher forum i.e. Addl Sessions Judge, once again arguments were additionally advanced on medical grounds that she was 21 weeks pregnant, suffering from poly cystic ovarian disorder and urinary tract infection and her condition in jail could be more vulnerable on account of Covid 19.

The prosecution opposed the bail on merits and submitted that there was an express embargo on grant of bail in UAPA and hence the Court had no powers to grant her bail on merits. Significantly, it advanced no counter arguments on grounds of medical condition.

The Court examined the materials on record and refusedbail on 4.6.20 on merits alone concluding that it could not be said there was no material against the accused. He gave no opinion as to why she did not deserve bail on medical grounds and merely requested the Jail authorities to provide adequate medical aid to her.

Now let us proceed to examine whether this was a valid order.

"…..(5) Notwithstanding anything contained in the Code, no person accused of an offence punishable under Chapters IV and VI of this Act shall, if in custody, be released on bail or on his own bond unless the Public Prosecutor has been given an opportunity of being heard on the application for such release:

Provided that such accused person shall not be released on bail or on his own bond if the Court, on a perusal of the case diary or the report made under section 173 of the Code is of the opinion that there are reasonable grounds for believing that the accusation against such person is prima facie true…"

The Section no doubt in a way makes grant of bail on merits a little more stringent but not altogether impossible. Please note that the so-called embargo is only on merits of the case, since the Court is required to record a finding that no prima facie case is made out, (which in itself is an absurdity because no Court will risk saying so) , before granting bail to an accused.

However, there cannot be any disagreement that the Code of Criminal procedure will apply to cases instituted even under the UAPA. Hence, Section 437 Crpc which gave discretion to Magistrate to consider certain aspects of an accused was most definitely and surely exercisable by the higher Court.

Not only that, the Judge also maintained silence on the aspect as to why he did not consider it a ground for bail even while there was no opposition by the State on that aspect.

Interestingly, when the matter of bail came before the High Court, the Prosecutor on the first day submitted that, "the severity of her offence is in no manner mitigated by the fact of her pregnancy". But on the very next day the submission stated, "…purely on humanitarian grounds ,the prosecution agrees to the petitioner being released on bail", hence the High Court directed her release on 23.6.20.

It is common knowledge that all criminal offences are cases against the State and any submission in a Court of Law in respect to a criminal case is in the name of the State. However, the question I wish to raise is whether it was fair for the State to have not taken this stand earlier even while the condition of the accused remained the same. Was the State not bound by the decisions of the Supreme Court when it laid down that Article 21 guarantees a reasonable, fair and just procedure?

According to me, the benevolence shown by the State before the High Court, presents an ugly picture. On the one hand it demonstrates the immense power the State has over the life and liberty of an ordinary citizen and on the other, it makes a whimsical and capricious stand, which has the potentiality of disturbing the principle of a fair, just and reasonable procedure, legally acceptable. For me, the starkness of inequality and denial of a level playing field was blinding and unworthy of a democracy. So even while the International Human Rights bodies may be impressed with the magnanimity of the State, I feel cheated due to the awareness that the State has the prerogative to be prejudiced and unethical in administration of Justice. This is ironical in the face of a written Constitution which lays down that every human life, irrespective of any difference, matters.

And, thus countless men and women, deserving of compassion and protection of law, lie at the mercy of a State which thinks nothing of smothering a life in the name of stifling a thought.

There is another nagging thought. The fact that Safoora was a woman added to her woes. Both the Court and the State undoubtedly dealt with her condition casually without feeling the pain of a woman caught in the clogs of a misogynist system.

In a society which lays a claim on an ancient culture of fairness and equality, do the Courts and State ever give such essentials a thought? Are they aware that the people they deal with feel that the Law which was expected to be their protector fails them at all crucial times by transforming into a heartless fiend?

I am reminded of a poem by Adrienne Rich titled 'Trying to talk to a Man', I recently read, which echoes my thoughts, on the subject, parts extracted below.

With you than without you

You mention the danger

We talk of people caring for each

Your eyes are stars of a different

They reflect lights that spell out: EXIT

When you get up and pace the floor

Talking of the danger

As if it were not our selves

As if we were testing anything else.'

I would thus conclude that when we speak of a 'fair, just and reasonable' procedure we should include the word 'ethical', because nothing else can arrest the falling standards we see everywhere. I would also fervently appeal to those who matter, to test themselves, and constantly so, in order to protect everyone from accepting all that which is undesirable and opposed to a fine Society, and, help free us from the falsities of each other.
Views are personal only.
Author is a Senior Advocate and a Former Judge of Patna High Court
TagsUAPA Article 21 Bail CAA NRC CrPC
Next Story
Similar Posts
+ View more
Law Firms
+ More