All You Want To Know About Law On Willful Defaulters 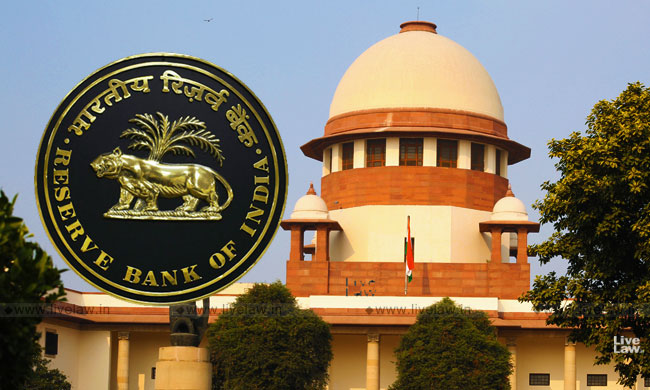 The case of Willful Defaulters was taken up by the Central Vigilance Commission back in 1999. It gave instructions for the collection of information on willful defaults of Rs.25 lakhs and above. Pursuant to these instructions, Banks and notified Financial Institutions were required to submit information on willful defaulters to RBI. The RBI, on 1.07.2015 (Revised) issued a...

The RBI, on 1.07.2015 (Revised) issued a Master Circular which consolidated instructions on how all the commercial banks and notified financial institutions are to deal with willful defaulters. The circular provides cut off limits, the mechanism for identification of willful defaulters, diversion and siphoning of funds, penal measures, etc.

The Reserve Bank of India has list down the following four events, the occurrence of which would result in willful default:

It is important to understand the meaning of the terms "diversion and siphoning of funds" before moving ahead with the mechanism for the identification of wilful defaulters.

'Siphon off funds' is draining off of money from business without having legitimate authority. Conversely, if the transfer of funds is duly recorded in the books of accounts with legitimate narration and that narration is a rightful explanation which is not found to be fabricated or untruthful then no court of law shall hold such legitimate transfer of money as illicit siphoning of funds. [ii]

The siphoning off funds refers to a situation wherein a "unit" fails to meet its payment/repayment commitments to the lender bank or utilizes the funds for a purpose different from what it was supposed to use it for. Furthermore, the unit fails to show that the financed funds are available in any other form of assets with the unit.

The Calcutta High Court in the case of Indranil Mukherjee. v. Jayeeta Mukherjee (Nee Bhattacherjee) & Ors.[iii] passed an injunction order and thereby restrained the defendants from withdrawing and/or siphoning any amount of money lying in the various deposits of different descriptions either in the joint name of the plaintiff and his wife or from withdrawing any money lying in the fixed deposit or savings bank account in the name of the defendant alone.

MEANING OF SIPHONING AS PER RBI

"Siphoning off funds should be construed to occur if any funds borrowed from banks / FIs are utilized for purposes unrelated to the operations of the borrower, to the detriment of the financial health of the entity or of the lender. The decision as to whether a particular instance amounts to siphoning of funds would have to be a judgment of the lenders based on objective facts and circumstances of the case. The identification of the wilful default should be made keeping in view the track record of the borrowers and should not be decided on the basis of isolated transactions/incidents. The default to be categorized as wilful must be intentional, deliberate and calculated."[iv]

The Supreme Court in the recent case of Bikram Chatterji v. U.O.I[v] has termed diversion of funds as a serious fraud.

MECHANISM FOR IDENTIFICATION OF WILLFUL DEFAULTER

The opportunity for personal hearing may be provided to the borrower company and the promoter/full-time director if found necessary by the Committee.

The Order of the Identification Committee shall become final only when it is reviewed by the Review Committee.[vii]

The Petitioners in the case of Atlanta Projects Ltd v. Allahabad Bank[viii] challenged the show-cause notice issued by the Deputy General on the pretext of it not being issued by the Identification Committee.

The High Court of Calcutta did not answer this question in affirmative.

"The words used in Clause 3(b) of the Master Circular on Willful Default dated July 1, 2015 are such that, they do not allow the Identification Committee to delegate any of their functions to any other authority. If the functions noted above cannot be delegated, then the requirement of issuance of the show-cause notice cannot also be delegated. That requirement, must be discharged by the Identification Committee."

Following are the consequences which flow after a unit has been classified as a willful defaulter:

(a) No additional facilities to be granted by any bank/financial institution.

(b) Entrepreneurs/Promoters would be barred from institutional finance for a period of 5 years.

(c) Any legal proceedings can be initiated, including criminal complaints.

(d) Banks and financial institutions to adopt proactive approach in changing the management of the wilful defaulter.

(e) Promoter/Director of wilful defaulter shall not be inducted by another borrowing company.

(f) As per section 29A of the Insolvency and Bankruptcy Code, 2016, a wilful defaulter cannot be a resolution applicant.[ix]

The Supreme Court in the case of State Bank of India v. Jah Developers Pvt. Ltd. and Others[x] has held that there is no right to be represented by a lawyer in the in-house proceedings contained in Clause 3 of the Revised Circular dated 01.07.2015, as it is clear that the events of willful default as mentioned in paragraph 2.1.3 would only relate to the individual facts of each case.

It also stated the following:

The Supreme Court in the case of State Bank of India v. Jah Developers Pvt. Ltd. and Others[xii] held that no lawyer has a right under Section 30, Advocates Act,1961 to represent the borrower before the above mentioned Committees.

It reasoned its decision by discussing the ambit of the term "tribunal" with regards to the nature of the above mentioned committees.

The earlier Master Circular dated 01.07.2013 granted a hearing before the Grievance Redressal Committee and also provided that the borrower should be provided 15 days' time for making a representation against the preliminary decision of the First Committee, this situation does not now obtain.

The Review Committee is completely in-house. This Committee reviews the Order passed by the Identification Committee with no involvement of the borrower. Thereby leading to the conclusion that no representation is required against the Orders of either of the Committees.

"First and foremost, the State's judicial power, is the power to decide a lis between the parties after gathering evidence and applying the law, as a result of which, a binding decision is then reached. This is far from the present case as the in-house committees are not vested with any judicial power at all, their powers being administrative powers given to in-house committees to gather facts and then arrive at a result.

The Supreme Court in the recent case of Girish Mittal v. Parvati V Sundaram[xiii] has held that the RBI is duty bound to disclose the list of the willful defaulters sought under the RTI. It also held that its non-disclosure policy was in violation of the judgment pronounced in 2015 by this Court in the case of Reserve Bank of India v. Jayantilal N. Mistry [xiv] and thereby ordered it withdrawn.