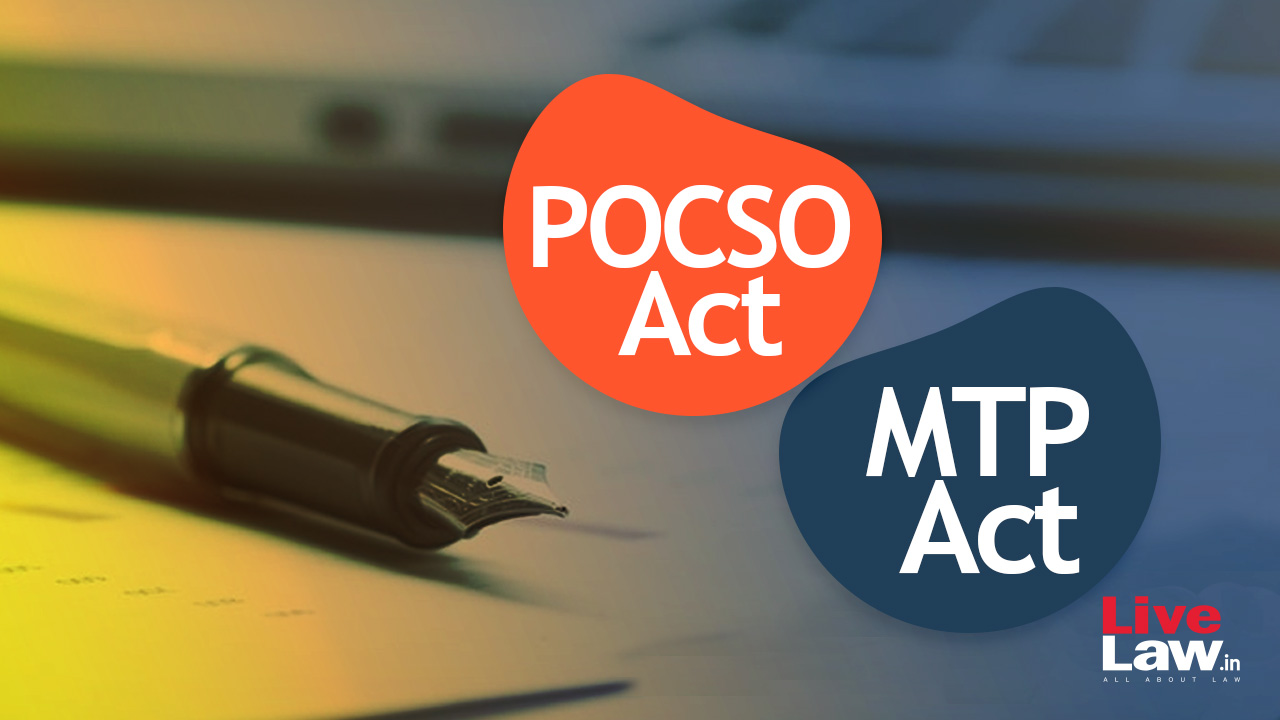 The Delhi High Court on September 20 directed the Centre to ensure that a minor's pregnancy of nearly 20 weeks is terminated at All India Institute of Medical Sciences. Though the Medical Termination of Pregnancy Act [MTP] permits doctors to abort a pregnancy of less than 24 weeks without requiring a court order - if the conditions under the law and rules are met, the medicos in the case of...

The Delhi High Court on September 20 directed the Centre to ensure that a minor's pregnancy of nearly 20 weeks is terminated at All India Institute of Medical Sciences.

Though the Medical Termination of Pregnancy Act [MTP] permits doctors to abort a pregnancy of less than 24 weeks without requiring a court order - if the conditions under the law and rules are met, the medicos in the case of the 16-year-old had refused to accede to the family's request.

According to the petition filed by the 16-year-old's mother, no government or private hospital agreed to terminate the pregnancy as the matter was not reported by the family to police. The family came to know about the pregnancy on September 09 after the minor complained about pain in her abdomen and was taken to the doctor.

The woman prayed before the court that her daughter be allowed to terminate her pregnancy without reporting the matter to the police as the "said pregnancy has arisen out from consensual & close relationship". The petitioner also said she is the sole legal guardian of the child and has four other children. According to the petition, the minor's mother is a domestic help and has meagre income to raise the family.

Why did the doctors refuse to terminate the pregnancy without reporting the matter to police? The consent of a minor is inconsequential in law and any sexual act against a child is an offence.

Section 19 of the Protection of Children from Sexual Offences (POCSO) Act, 2012 makes it mandatory for any person including the child to approach the police in case of an apprehension that an offence under the Act is likely to be committed or "has the knowledge" that such an act has been committed. Delhi HC's division bench in an interim order in the teenager's case on September 20 said the doctors are obliged under the law to file a report regarding the pregnancy of a minor.

The information is required to be provided to the Special Juvenile Unit or the local police and the law makes it clear that "no person shall incur any liability, whether civil or criminal, for giving the information in good faith".

However, a person who fails to report the offence can be punished with a maximum imprisonment of six months or with fine or both under Section 21 of the POCSO Act. Though the child also is required to report the offence to the police but has immunity against the punishment prescribed for non-reporting.

Advocate Sneha Mukherjee, who has represented many women in the cases under MTP Act, told LiveLaw that a matter involving pregnancy of less than 20 weeks need not have come to the court but stressed that the doctor was mandatorily required to report the case.

"POCSO does not look at it from the angle of consent. The law does not believe in consent under the age of 18. It is a statutory rape," said Mukherjee, adding, "The doctor probably didn't want to get stuck in a police case but the thing is doctors should have reported it themselves because the law says that they have to report."

Mukherjee added, "It does not matter what family opinion is. Maybe it is consensual and the family may not want any criminal action but the law says otherwise." On the petitioner's prayer for termination of pregnancy, she said, "She is a 16-year-old. Of course she should be allowed. Her body is not ready for pregnancy."

The POCSO Act and Rules talk about the medical aid and care of child only after the offence is reported.

The 1971 Act, which was amended last in 2021, permits termination of certain pregnancies by registered medical practitioners. A pregnancy not exceeding 2o weeks can be terminated by a single doctor but in case it is between 20 and 24 weeks, two doctors are required to form an opinion on whether to permit the termination or not.

The Act particularly explains that where pregnancy is alleged to have been caused by rape, the anguish caused by the pregnancy shall be presumed to constitute a "grave injury to the mental health of the pregnant woman".

In cases where the pregnancy exceeds 24 weeks and termination is necessitated by diagnosis of any substantial foetal abnormalities, only a medical board comprising a gynaecologist, paediatrician, radiologist or sonologist and other members can take a decision after due consideration of various aspects including safety of the woman.

The petition before the Delhi High Court seeks a direction for amendment to Section 3 of MTP Act to allow married or unmarried minor girls between the age of 16 to 18 years to terminate the unwanted pregnancy, that is out of a consensual relationship, without reporting the case to police as mandated under Section 19 (1) of POCSO Act.

Speaking to LiveLaw, Advocate Amit Mishra - who represents the minor's mother in the case, said when a doctor in such cases refuses to terminate the pregnancy, the families are forced to approach quacks or unqualified persons. "It is a serious threat to their health," said Mishra.

Mishra also said that Section 19 (1) POCSO violates the right to privacy, right to bodily integrity, right to reproductive choice and personal autonomy which are core of Article 21. "All are getting violated," he added.

The National Human Rights Commission in 2018 had called for a study to assess whether the age of consent for consensual sex should be lowered from 18 years to 16 years in wake of the increase in number of rape cases against adolescents.

In the context of requirement of registration of criminal cases in such matters, Mishra said the law can be amended to accommodate the cases where the girl is above 16 years old and the boy is of the same age group.

On doctors' refusal to terminate the pregnancy on account of non-reporting to the police, Mishra referred to Section 5A of MTP Act and said it mandates upon the doctor to maintain privacy of the pregnant woman.

"Prima facie, they [Section 19 (1) of POCSO and Section 5A of MTP] are conflicting with each other," he said. [Section 5A allows a doctor to reveal information of a woman whose pregnancy has been terminated "to a person authorised by any law for the time being in force."]

However, Mukherjee said though there has been a lot of debate around the subject, one has to consider the nature of offence. "How will you establish consent? Tomorrow suppose there is a matter before court where the girl is 16 years old or 17 years old and there is a man [elder to her] … if the child is coerced into saying that it was consensual … a child can easily be coerced… will that statement be enough?" she asked.

Mukherjee added, "These issues have come up very often because teenagers are having sex and lot of time they are having unprotected sex. It is a very complicated issue. You want to strike a balance in something so sensitive. It is a very very difficult path to tread on."