Sedition Charge For Writing A Letter To PM: My Dear CJM Ji, Ignorance Of Law Is No Excuse! 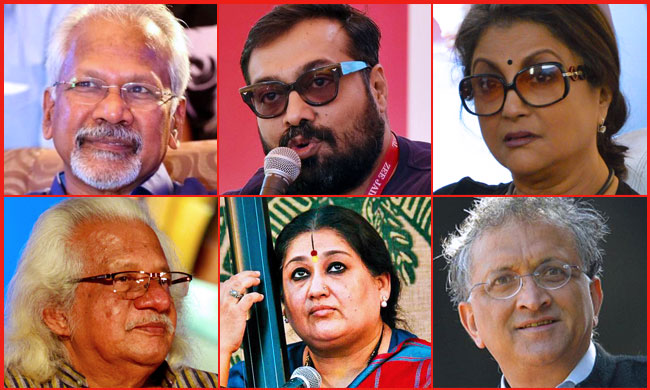 Article 141 of Indian Constitution says: The law declared by the Supreme Court shall be binding on all courts. It is called precedent, which is one of the important sources of law for any democratic nation and such law would bind all the lower courts. As recently as on September 7, 2016, Supreme Court Bench of Justice Dipak Misra quoted an old judgment to reassert that...

Article 141 of Indian Constitution says: The law declared by the Supreme Court shall be binding on all courts. It is called precedent, which is one of the important sources of law for any democratic nation and such law would bind all the lower courts.

As recently as on September 7, 2016, Supreme Court Bench of Justice Dipak Misra quoted an old judgment to reassert that "Someone's statement criticising the government does not invoke an offence of sedition or defamation." On May 26, 1953, one Kedar Nath Singh commented in village Barauni in Bihar that if they can drive out the Britishers, they should "strike and turn out the Congress goondas….These Congress goondas are banking upon the American dollars and imposing various kinds of taxes on the people today. The blood of our brothers — mazdoors and kishans is being sucked." Question before a Constitution Bench was whether such comments amounted to sedition. The Bench led by then Chief Justice of India B.P. Sinha has quoted exact words of the Kedar Nath and dismissed the sedition case. This 1962 verdict continues to be a landmark in defining point of free speech and a blow to the government's power to muzzle free speech and criticism invoking the draconian colonial law of Section 124 A (sedition) of the Indian Penal Code of 1860. Then Supreme Court explained that only a "violent revolution" against the government attracts the charge of sedition." A free expression of disapprobation against the ruling government's action with an intention to better the condition of the people is not treason, said the apex court. In 2016 Chief Justice Deepak Mishra said every word of the Constitution Bench still holds true. "Nothing has changed, nothing should", he said, while hearing a petition by NGO Common Cause questioning the sedition charges against Booker Prize winning author Arundhati Roy to Kudankulam, anti-nuclear activist Dr. S.P. Udayakumar folk singer S. Kovan, or Dr. Binayak Sen, and JNU student leader Kanhaiya Kumar recently, besides two Karnataka policemen who were booked for asking for better wages.

As rightly argued in these cases the sedition became powerful weapon in the hands of the governments to choke dissent. Common cause succeeded in securing reinforcement of that old judgment. SC once again said that sedition means "incitement to violence or tendency or the intention to create public disorder" and not "strong criticism".

This judgement of Supreme Court in 1962 which was re-enforced in 2016 will bind the Chief Judicial Magistrate of Bihar, but it appears the ratio decidendi was totally ignored by him. If he is ignorant of this decision read with Article 141, he should have at least known that 'ignorantia juris non-excusat' i.e., the ignorance of law is no excuse and that law presumes that each knows the law.

It is sad saga of wisdom of judicial magistrate and understanding of an investigating police officer. If first was Chief Judicial Magistrate's 'knowledge' under Section 156(3) of CrPC, and the second was result of opening eyes and file. It is the latest farce of sedition charge against 49 celebrities vis-à-vis the role of CJM and Police!

The Senior Superintendent of Police, Muzaffarpur (Bihar), Manoj Kumar Sinha directed on October 9 the closure of the sedition complaint at Sadar police station, where a FIR was registered one week ago against 49 celebrities for writing an open letter to Prime Minister Narendra Modi criticising the unhealthy atmosphere of gruesome lynching incidents. The Police officer found that this charge to be 'false and malicious'. Besides closure decision, the SSP is contemplating prosecution of 'false and malicious' complainant for filing this frivolous petition against Adoor Gopalakrishnan, Mani Ratnam, Anurag Kashyap, Aparna Sen, actor and filmmaker Revathy Asha, historian and writer Ramchandra Guha, filmmaker and actor Konkona Sensharma and actor Kani Kusruti etc. They expressed concerns over increasing identity-based hate crimes and lynchings of Muslims, Dalits and other minorities in India. They just asked lynchings be stopped, while stressing there was "no democracy without dissent" besides, the 'Jai Shri Ram' slogan being reduced to a "provocative war cry".

Sudhir Kumar Ojha, who was defending advocate of Brajesh Thakur, prime accused in the Muzaffarpur shelter home sexual abuse case filed complaint seeking prosecution of these personalities for sedition, saying: "I have no objection to the celebrities writing letter to the prime minister. But by getting it published in the media, they deliberately tried to tarnish the image of the PM and the country….they have undermined the impressive performance of the prime minister besides supporting secessionist tendencies…."

But his advocate failed to file any substantial basis for his charge; he could not even produce the copy of the impugned letter to show which aspect of its content could constitute offence of sedition. ADG Headquarter Jitendra Kumar said the complainant was neither able to produce supporting documents/evidence nor even the copy of letter, which may support his claim. On this and other circumstantial basis, the case is found to be false and an order has been issued to the investigating officer to submit final report — false. "Along with this, finding this to be an intentional purpose of complainant, prosecution under sections 182 and 211 (relating to false information or false charge of offence) will be submitted against the complainant for lodging a false case," the police stated.

Bihar Chief Minister Nitish Kumar was urged by RJD vice president Shivanand Tiwary to intervene and get the case annulled. BJP leader and Deputy Chief Minister, Sushil Kumar Modi, tweeted: "He (complainant) is serial litigant and I also had been victim of his litigation... until now he has filed 715 PILs only on the basis of paper cuttings against dignitaries like former PM Manmohan Singh, Amitabh Bachchan, Hrithik Roshan, Delhi Chief Minister Arvind Kejriwal and also Pakistan Prime Minister Imran Khan among others."

It is not known whose reputation this Sudhir Kumar Ozha is trying to secure by filing this case. Being an advocate, he is expected to know that mere criticism against state or rule or writing an open letter had never caused any revolt to be considered as a crime of sedition.

The police did not find complaint worth-registering, but the Chief Judicial Magistrate (CJM) Surya Kant Tiwari allowed Ojha's petition filed under section 156(3) Criminal Procedure Code in July 2019, seeking directions to the police to register a case against the signatories of the open letter, and directed police to register and investigate the case. Then based on his complaint and strength of CJM"s direction, the FIR was lodged under several sections of the Indian Penal Code, including those related to sedition, public nuisance, hurting religious feelings and insulting with an intent to provoke breach of peace.

What is criminal procedure?

What is the law in this regard? Section 156 in the Code of Criminal Procedure, 1973 dealt with the power of police to investigate a cognizable case. It says:

Any officer in charge of a police station may, without the order of a Magistrate, investigate any cognizable case which a Court having jurisdiction over the local area within the limits of such station would have power to inquire into or try under the provisions of Chapter XIII….."

Section 156 (3) CrPC says any Magistrate empowered under section 190 may order such an investigation as above- mentioned. S 190 is about Cognizance of offences by Magistrates. It says:

This power is exercised by CJM Surya Kant Tiwari, who is supposed to examine whether complaint discloses such facts which constitute offence as alleged. In the absence of police report, the magistrate has to depend upon information received from any person other than a police officer or upon his knowledge that such offence has been committed. What information Surya Kant Tiwari received, and from where? Did he use his 'own' knowledge about occurrence of this offence?

Its pathetic that an open letter, contents of which are available in public domain through media reports, the unprecedented publicity to the complaint against it in social media, because of its notoriety, strong and widespread resentment rising from socially conscious citizens in India and abroad. The judicial officer is surprisingly convinced that 'sedition' occurred; and he did not hesitate to direct registration of the case. Does this CJM know that 49 signatories of letter have freedom of speech and expression under Article 19(1)(a) of our Constitution? Does CJM know that criticism is essence of democracy?

Unfortunately, the advocate Sudhir Kumar Ojha did not leave his litigation even after police closure. It is reported that he filed another petition before same CJM alleging that the police acted "under political pressure" and urged the court to monitor the case or hand it over to the Central Bureau of Investigation.

One can understand maverick petitioners trying to use CrPC to trouble critiques and threaten criticism, but it is beyond comprehension how the magistrates found such a charge viable against writers of a letter of criticism and gave a direction to police to register a case. This CJM's order and subsequent registration of case have brought disreputation to the Indian polity and society. Whole world got an impression that mighty executive power might be behind the registration of case. It was not socially conscious celebrities that caused so called defamation of Prime Minister or Indian nation, but it is lack of Constitutional understanding of those who sat on decision making offices caused irreparable loss of fame to India. If at all anybody caused defamation or sedition, it is the petitioner's complaint and compliance of CJM's direction. The Bihar Police rescued the reputation, if any left, after the registering of FIR, by frankly and courageously speaking truth to the power. This incident shows that sometimes the academies where judges are trained should invite investigating police officers to explain their powers and of course, 'responsibilities'! Does the CJM knew the serious repercussions of prosecuting 49 wise persons on a charge which is patently false? Is he not accountable for bringing entire nation to such a disrepute globally and the academia/teachers who taught him the law?