Self-Regulation Code For OTT Platforms, A Need Of The Hour 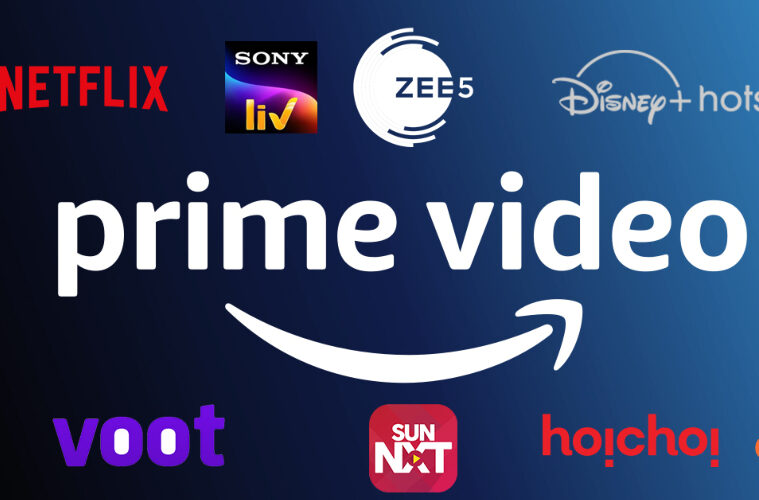 An over the top (OTT) platform is nothing but the streaming service directly offered to viewers through the medium of internet. OTT consists of streaming platforms such as Netflix, Amazon Prime Video, Disney plus Hotstar etc. which can be accessed on Smart TV platforms, on smartphones via apps and on personal computers or laptops via websites. Since, the Covid-19 pandemic has forced...

An over the top (OTT) platform is nothing but the streaming service directly offered to viewers through the medium of internet. OTT consists of streaming platforms such as Netflix, Amazon Prime Video, Disney plus Hotstar etc. which can be accessed on Smart TV platforms, on smartphones via apps and on personal computers or laptops via websites. Since, the Covid-19 pandemic has forced everyone to stay indoors, it has resulted in movies being released directly on OTT platforms due to the closing down of cinema halls. While it is unsurprising that the content regulation on OTT platforms has been a point of discourse for several years now, the steep rise in streaming content during the pandemic has further intensified the issue of lack of regulations with respect to OTT platforms. Further, the government has constantly reiterated the need to regulate such platforms. Against this backdrop, OTT platforms have finally signed up to be a part of the 'Universal Self-Regulation Code for Online Curated Content Providers' (Code) released by the Internet and Mobile Association of India (IAMAI).

Should OTT platforms be regulated?

In a perfect democracy, it is the constitutional obligation to allow the free flow of ideas and artistic work. India still has many regulatory controls which operates only according to the whims and fancies of the regulators. It is an established law that movies before their release in the theatres need to take a certificate from the Central board of Film Certification (CBFC) in accordance with the Cinematograph Act, 1952. Further, it is a general practice that movies are released in theatres only after CBFC approves whether all the scenes in the movie can be released without any cuts. Moreover, Television programmes and advertisements are governed under Cable Television Network (Regulation) Act,1995 pursuant to which they are subjected to the content code and advertisement code respectively. However, the content released on OTT platforms are not regulated either by the CBFC or under any specific statute. Thus, the movies can skip the censorship process if they are being released directly on OTT platforms. Due to this reason, the Ministry of Information and Broadcasting (MIB) was of the perception that a distinction must not be made between content on OTT platforms and content being released on TV or theatres. On the other hand, the Ministry of Electronics and Information Technology (MEITY) believes that OTT platforms fall under its jurisdiction and must be regulated by the Information Technology Act, 2000. However, on the contrary, OTT platforms contend that they fall under the purview of 'private exhibition' since they are an on-demand service and the laws related to theatrical releases and TV broadcasts will not be applicable to them. In line with the contention of the OTT platforms, the Indian courts in several cases have observed that there is no need to regulate such platforms.

Perspective of Indian courts on regulation of OTT platforms

In October 2018, the Justice for Rights Foundation had filed a Public Interest Litigation (PIL) in the Delhi High Court seeking to regulate OTT platforms by subjecting them to the condition of acquiring a license. Further, they argued that these platforms due to non-regulation exhibited 'vulgar, immoral and religiously forbidden' content which can be harmful to society at large. However, the Delhi High Court dismissed their petition stating that OTT platforms need not acquire a license to operate.

Further, similar views of the Indian courts can be observed in the case of a PIL filed by a Bengaluru resident before the Karnataka High Court demanding that OTT platforms must be brought under the ambit of Cinematograph Act, 1952. However, the court refused to do so stating that transfer of files i.e., exhibiting content such as films, serials etc through the medium of internet cannot be regulated by the said Act.

Recently, an advocate filed a PIL in the Madras High Court for the constitution of a censorship body like the CBFC for regulating OTT platforms. However, the Court's decision in this regard is expected to be in line with similar cases decided previously.

On the contrary, Amol Palekar in his plea has challenged the provisions of the Cinematograph Act, 1952 citing the fact that pre-censorship of movies does not hold any relevance due to dominance of the Internet in this era. However, the Supreme Court's decision in this regard remains to be seen. Furthermore, Amol Palekar has been an avid propagator of the freedom of speech and expression of content creators. Recently, in February 2020, he was abruptly stopped from giving a speech at National Gallery of Modern Art ( NGMA ) while he was promoting the aforementioned. This led to an outcry in the creative fraternity as a consequence and there was strong opposition for the self-regulation code of OTT platforms since they were the only platforms where a creator's art wasn't censored. In light of the same, the fraternity of content creators argued that with the introduction of the Code, the creative freedom of OTT platforms will be curbed.

Moreover, OTT platforms have also been challenged in the courts by parties who have been affected by certain vulgar or allegedly objectionable content available on such platforms. There have been instances where an injunction was sought against a Netflix show called 'Hasmukh' due to the reason that a certain monologue in the show was defamatory to the lawyer community. However, the Delhi High Court refused to grant an interim injunction in this case as there was no proof for personal injury against any lawyer. Similarly, a PIL was filed against Amazon Prime Video for the depiction of Nepali minorities in bad light in the show 'Paatal Lok'. However, the PIL was dismissed by the Calcutta High Court. While there have been multiple PIL's filed to regulate OTT platforms in the recent past, they have indulged in self-censorship in an attempt to regulate the content on their platforms.

Aggrieved parties have repeatedly argued that there has been no censorship on the content exhibited by OTT platforms. However, the OTT platforms have always regulated their content by not only providing the viewers with adequate age requirements but also adequate warnings against violence, nudity and vulgarity. In such a scenario, it was entirely the discretion of the viewers to make an informed decision to watch the appropriate content according to their will.

Further, one can observe various instances of acts of self-censorship carried out by OTT platforms. During the 'Me-too' movement in India, there were allegations of sexual exploitation against several artists from the entertainment and comedy industry. One such allegation was against Utsav Chakraborty as a consequence of which Hotstar cancelled the shows 'Better Life Foundation' and 'One Air with AIB' starring him. Furthermore, the controversial episode in Season 6 of Koffee with Karan featuring KL Rahul and Hardik Pandya was taken down by Hotstar as soon as it received flak for the objectionable comments passed by the invited guests on the show. Additionally, Hotstar refused to stream the episode of 'Last Week Tonight with John Oliver' wherein, the host of the show talks about Prime Minister Narendra Modi in a derogatory manner. Acts of self-censorship has been carried out by other OTT platforms such as Netflix, Amazon Prime Video, Zee 5 and Alt Balaji as well. However, it can be observed from the aforementioned instances that OTT platforms have been indulging in self-censorship arbitrarily by censoring an episode/show/piece of content based on reactions of the public. This can be attributed to the absence of a formal code to regulate the same. On this account, the authors try to discuss the regulation of OTT platforms in other countries.

Regulation of OTT platforms in other countries

It is essential that OTT platforms function in a non-arbitrary manner. Thus, a regulatory code needs to be implemented for the same. TRAI in its consultation paper on regulation of OTT platforms analysed this issue and highlighted the regulatory imbalances with respect to such platforms as follows:

Further, the TRAI has also compared the regulations of OTT platforms in other countries like Australia, Cambodia, Singapore, France, Spain, USA and UAE which have licensing regulations for OTT platforms. For instance, in Australia, while the Australian Communication and Media Authority regulates content matters, the ad content is governed by the Industry Codes of Practice. Further, the OTT TV for content viewing is regulated in Singapore by the Info-Communications Media Development Authority (IMDA), a statutory body that regulates the converging info-communications and media sectors. However, this is no specific legislation that govern OTT platforms in any of the aforementioned countries.

It is necessary to point out that Self-Regulation Code for OTT platforms formulated by Singapore was made specifically to regulate Netflix when it tried to enter the Singaporean OTT market. Similarly, OTT platforms in India have recently adopted a code for Self-Regulation of Online Curated Content Providers to regulate the issues and provide redressal for consumer discrepancies.

Key provisions of the code

The code aims to uphold the freedom of speech and expression as envisaged under Article 19(1)(a) and Article 19(1)(g) of the Constitution of India. Further, it has also considered the objectives and rules laid down under the Information Technology Act, 2000, the Indian Penal Code, 1860, Indecent Representation of Women (Prohibition) Act, 1986, Protection of Children from Offences Act, 2012, Copyright Act, 1857 and other such legislations to regulate the OTT platforms.

The main objective of the code is to empower the viewers to view the content in accordance with their appropriate ages. Further, it safeguards the freedom of the platforms to foster innovation and nurture creativity with respected to the exhibition of content. Additionally, it prohibits content that is malicious, distasteful, obscene, outrageous or blasphemous in any form and has provided for a complaint redressal mechanism pertaining to the content exhibited on such platforms.

Some of the important provisions of the Code are as follows:

A Self-Regulation Code for OTT will enhance the content viewing experience of the users and provide them with a proper complaint redressal mechanism in case of grievances thereby holding consumer interests at the helm of the OTT platforms. Such a mechanism will uphold the freedom of speech and expression as guaranteed under Article 19(1)(a) and Article 19(1)(g) of the Constitution of India.