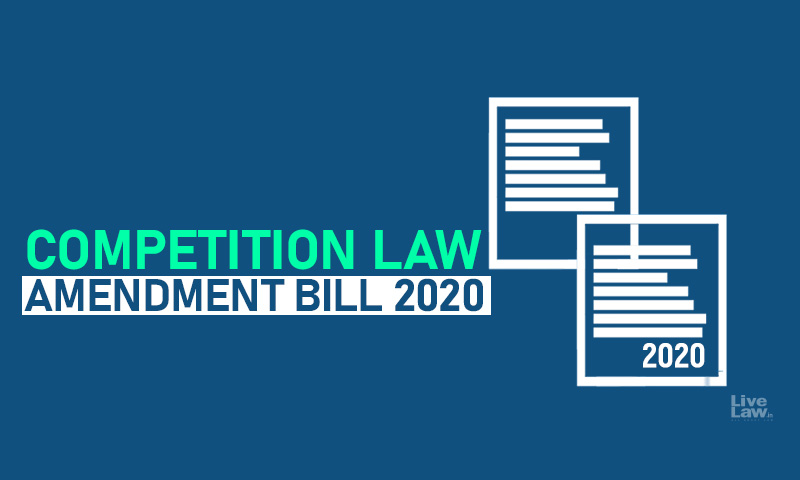 INTRODUCTION The need for a legislation to ensure fair competition in the Indian market became even more pronounced due to the liberalisation and privatisation of the early 1990s. The enactment of Competition Act in 2002 replaced The Monopolistic and Restrictive Trade Practises Act, 1969 and the Act has seen some amendments since. Recently, the Ministry of Corporate Affairs...

The need for a legislation to ensure fair competition in the Indian market became even more pronounced due to the liberalisation and privatisation of the early 1990s. The enactment of Competition Act in 2002 replaced The Monopolistic and Restrictive Trade Practises Act, 1969 and the Act has seen some amendments since. Recently, the Ministry of Corporate Affairs has proposed amendments to the Competition Act and draft bill has been put up for public comments.

While the systems of Settlements and Commitments are fairly new for the Indian Competition regime, they have been employed in United States of America., United Kingdom and the European Union ("EU") for over a decade now.

The Anti-Trust regimes from these jurisdictions have shown how the use of these mechanisms in the enforcement of the Anti-Trust laws can be achieved in a speedy manner.[1]The regimes from these jurisdictions have shown speedy achievement of enforcement of anti-trust law through employment of these mechanisms. Commitments, as a tool, are a more recent addition in most of the jurisdictions except for the U.S.A. It was adopted by the EU only in the year 2004.

The Competition Law Amendment Bill, 2020 is one of the major amendment bills introduced in the field of commercial laws.[2] The Amendment Bill is a major step introduced in the field of commercial laws. Through Sections 48A, 48B and 48C, the bill introduces the provisions for 'Commitment' and 'Settlement' as a means of resolving dispute which will be subject to regulations specified by the Competition Act, 2000 ("Act").[3]

The addition of these provisions in the Act can bring the Indian Competition Law up to speed with the globally accepted mechanisms of dispute resolution, thereby ensuring better enforcement of competition laws in the country.

'Settlements' as an alternative mechanism involves acknowledgment of anti-trust practices and liability for the same by the enterprises involved and consequently, the Competition Commission of India ("CCI") shall impose a reduced fine than it would have imposed if the case was not settled. This mechanism primarily involves accepting the infringement and a promise to discontinue antitrust practices by the enterprise and is well within the scheme of the Act.[4]

The reduction of fine which is the settlement can be viewed as a co-operative practice by the enterprise has infringed the law. However, it is pertinent to note that this mechanism is not similar to civil suit settlement practice under Civil Procedure Code. The parties to the case cannot settle within themselves, it has to be under the CCI regime.

By offering these behavioural changes, the party being investigated can avoid the investigation without the admission of the alleged infringement of laws. However, commitments cannot be offered in every case. The nature of the alleged contravention along with the effectiveness of the commitment to address and solve the competition concerns will be given consideration while accepting the commitments.

Difference between Commitment and Settlement[5]:

Procedure prescribed by the Bill[6]:

Also, adopting 'commitment' as an alternative shall trigger high level negotiations, which will inherently put an end to the prolonged investigation - is beneficial for both the enterprises and the market. The statistics in the past few years demonstrate that it takes an average of 4 years for the CCI to reach final decisions and almost 40-45% of such decisions are set aside by the appellate authority.

The proposed amendment on a similar note intends to provide for an alternative and a faster mechanism for resolving disputes. Settlements and Commitments shall ensure quicker resolution of cases and eventually show a positive impact on the market.

While the very aim of the proposed amendments to the Act by way of addition of Settlement and Commitments is to achieve better enforcement of competition law, the challenges that might arise due to this need to be addressed as well. For the adoption of Settlements and Commitments it must be ensured that the authority of the CCI is not jeopardised because the need for an independent, unbiased regulatory body cannot be substituted.

The intention of introducing Settlement mechanism and Commitment procedure is to provide for an efficient alternative mechanism for resolving disputes and proficient adjudication by Commission. The purpose of the Competition Act is to ensure a healthy competition in the market. Moreover, the inclusion of Settlement and Commitment improves flexibility in functioning for the enterprises. However, it is unarguable that the proposed addition requires a few procedural clarifications and changes, introduction of which will lead to an overall efficient process.