Sexual Violence Against Children And Gender Disparity In The Law 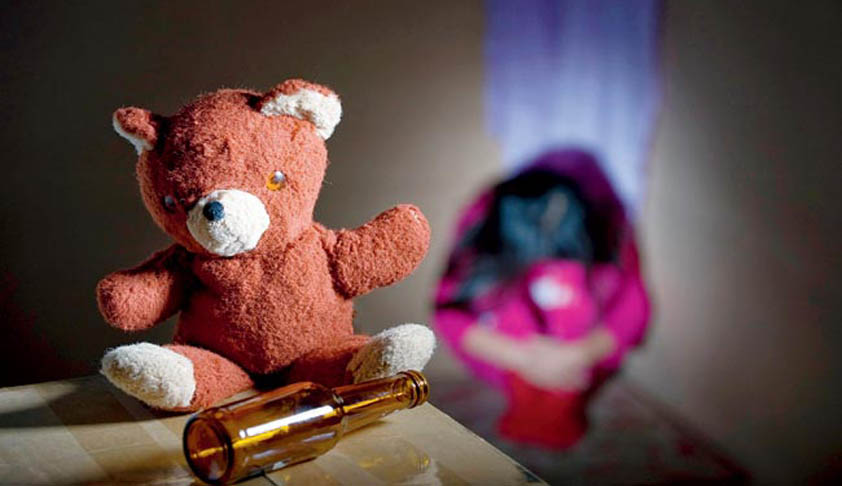 The protection of children from sexual violence is a fundamental responsibility of every state. Such protection must not only be effective, but must also be comprehensive enough to ensure that no child is left more vulnerable than any other, regardlessof economic standing, gender or otherwise. In India, however, the law as it stands does not provide parity in the protection it...

The protection of children from sexual violence is a fundamental responsibility of every state. Such protection must not only be effective, but must also be comprehensive enough to ensure that no child is left more vulnerable than any other, regardlessof economic standing, gender or otherwise. In India, however, the law as it stands does not provide parity in the protection it affords children of both sexes. There exists a disparity in law that is in effect based on the gender of the child.

To adequately protect children from acts of sexual violence it is first necessary to understand how pervasive sexual exploitation of children is within a society. Despite this, due to the immense social stigma surrounding child sexual abuse, let alone child sexual violence, there has existed a major lacuna when it came to data analysing the incidence of sexual violence and abuse of children. The 2007 Ministry of Women and Child Development Study on Child Abuse aimed to fix this problem, by providing insight into the world of child abuse in India. The aforementioned study, dealt inter alia with the "sexual assault" of children, which it defined as, "penetration of the anus, vagina or oral sex".[1] The study found that, out of the over twelve thousand child respondents, "5.96% reported being sexually assaulted", and a majority, that is 54.4%, of such victims of sexual assault were male children.[2] 37.82% of the sexual assaults were in the age group of 15-18 years, 36.53% in the age group of 5-12 years and remaining 25.64% in the age group of 13-14 years. The 2018 Crime in India Report, published by the NCRB, also clearly depicts a steady rise in the number of reported offences against children, both under the IPC and the POCSO Act.[3] These figures, though already fairly disturbing, only paint part of the whole picture, when it comes to sexual violence against children, since a majority of such instances of sexual violence still go unreported. These figures also clearly demonstrate that the victims of child sexual abuse are not merely confined to members of the female gender, on the contrary, male children are, at the very least, just as likely to be victims of such heinous acts. Indian law, however, fails to recognise such a finding, and this has resulted in the persistent gender-based disparity in the law dealing with sexual violence perpetrated against children.

This issue was first thrust into the limelight with the promulgation of the Criminal Law (Amendment) Ordinance, 2018, which was later replaced by the Criminal Law (Amendment) Act, 2018[4] ("the Amendment"). The Amendment, inter alia, enhanced the quanta of punishment for persons guilty of committing rape against minors, and introduced new offences under the Indian Penal Code, 1860 ("the IPC") so as to better protect such victims. Prima facie, such a change seems well conceived and reasonable in nature, yet, when we look at the provisions relating to sexual offences, under the IPC, we see that the provisions seek only to protect the female child from sexual violence and completely exclude the male child from its purview. In India, male children are afforded protection broadly as per the following provisions of law-

As a result, the quanta of punishment under the IPC and the POCSO Act are similar when it comes to the various types of sexual violence perpetrated against children, despite there still existing some substantive disparity. The prison terms awardable in addition to fines for such offences can be seen in the following table-

In addition to such minor substantive disparities, there is also lack of parity in the procedure governing the prosecution of persons accused of committing acts of sexual violence under the POCSO Act and the IPC, and resultantly a gender-disparity in procedural law. The numerous procedural enhancements brought about by the Amendment mainly dealt with amendments to the Code of Criminal Procedure, 1973 ("CrPC"), with regards to the procedure for handling cases dealing with rape under the IPC. Some of the major amendments to the CrPC are enlisted below-

All of such procedural enhancements cannot be taken advantage of when prosecuting someone accused of sexual violence against a male child.These deviations from normal procedural standards under the CrPC are intended to ensure speedy and effective dispensation of justice in cases of sexual violation against children. Yet, in their application, they fail to provide the same form of justice to male children. Though the POCSO Act does provide some enhanced procedural standards in the special courts set up under the Act,[28] all the procedural enhancements dealt with in the Amendment are applicable to only specified offences under the IPC and as a result, are inapplicable to a male victim of sexual violence. Major examples of the enhanced procedural standards prescribed under the POCSO Act, include provisions prohibiting the publication or disclosure of identity of the victim child[29], while other such standards are similar to those applicable to the sexual offences under the IPC like, the provision relating to conduction of trials under the Act in camera,[30] and those providing for time-limits for the completion of evidence recording and trial processes[31]. The time-limits for evidence recording and trial provide a perfect example of the disparity between the POCSO Act and the CrPC standards, since under the POCSO Act, the evidence recording process needs to be concluded within thirty days from the date of the special court taking cognizance of the offence, while the trial must be completed, as far as it is possible, within one year.Meanwhile for offences under the IPC, the CrPC stipulates the completion of the inquiry and trial within two months from filing of charge-sheet. The time-limits under the CrPC are also mandatory in nature unlike the directory provisions of the POCSO Act.

The inescapable conclusion is that sexual violence perpetrated against male children is governed by procedure different from that applicable to female victims. This is undoubtedly rooted in the traditional idea that rape can only be committed against women, as is evident from Section 375 of the IPC, and the old definitions of rape under the legal regimes of other common law jurisdictions. In India it was only after the passing of the POCSO Act in 2012 that sexual violence against male children was recognised explicitly in law, with rape of adult males still only being covered under Section 377 of the IPC. Most other common law jurisdictions have chosen to adopt gender-neutral definitions of rape for both adults and children, with stricter punishments for rape of children, irrespective of gender. This is evident in the central legislations of countries like the United Kingdom[32] and South Africa[33], and the provincial/state legislation of countries like the United States of America[34] and Canada.[35]

The phenomenon of child sexual exploitation and assault is a social evil that any well-developed criminal justice system would look to root out at its very outset. This seems to be the intention in India as well, as is evident in its supreme law. The Constitution, through Articles 15 and 39, provides special emphasis on the protection of children from all forms of abuse. It must be noted that Article 15(3), which permits Parliament to enact special laws discriminating in favour of children, does not differentiate between male and female children, and the intention of the provision to benefit all children has been recognised inShankar Kisanrao Khade v. State of Maharashtra,[36] a case involving the rape and murder of a minor girl.TheSupreme Court has, on several instances referred to the aforementioned Articles to emphasize the importance attached to the protection of children from sexual abuse. For example, in Vishal Jeet v. Union of India[37], a public interest litigation concerning child prostitution, the Court, while discussing clauses (e) and (f) Article 39, observed the following:

With various constitutional provisions empowering, as well as obligating the State to adequately protect and safeguard the rights of children, especially against abuse, the intentions of the founding fathers of our country are clear. It should also be noted here that the impact of sexual violence on young children is identical, regardless of gender, as has been noted by the Law Commission of India in its 172nd Report.[39] Indeed a case could certainly be made out that male children are entitled to equal protection of the laws governing female children under Article 14 read with Article 15. It is in this context, that the current disparity in law protecting male children from sexual violence, seems even more disturbing. This, coupled with the growing incidence of child sexual abuse, affecting both male and female victims, has made it necessary for all children to be effectively protected against such abuse, not merely female children. The need for such protection has been addressed directly by the Madras High Court, in a case[40] concerning the sexual abuse of a fifteen year old boy by a foreigner, by making the following observations:

"Every second, child in India is facing some form of abuse, irrespective of whether it is a girl or a boy. Since there is a dangerous increase in child rape cases, decrease in the incidence of these types of cases is possible only by means of severe conviction. Until there is fear of law, such incidents would not stop."[41]

Under the present position of law, this form of effective protection from sexual violence is already a part of the law protecting female children, with severe punishment for offenders under the IPC, and enhanced procedural standards under the CrPC, which ensure both swift and stern administration of justice. However, the same cannot be said for male children, who are protected from sexual violence solely by virtue of the POCSO Act, whose provisions are not wholly equivalent to those of the IPC and applicable provisions of the CrPC.

From the above two suggested approaches to solve the gender disparity in the law that exists today, we hope we have been able to emphasize the dire need for substantial criminal law reform, not only to negate the existing gender disparity in the law, but also to establish a single statute to cover all sexual offences against children. The need for a comprehensive corpus of law protecting all children from sexual violence in an equal manner is also essential for the protection of minor members of the transgender/transsexual community who do not identify with either gender. With the laws against sexual violence silent on their status and the non-availability of any data on the extent or incidence of sexual violence perpetrated against tans-people below the age of eighteen, their plight is virtually unknown to mainstream society.The only provision of Indian law protecting trans-people generally from sexual violence is contained in the Transgender Persons (Protection of Rights)Act, 2019 which provides for a sentence of six months to two years' imprisonment to perpetrators of "sexual abuse"[49] without any of the procedural enhancements available to women or female children. A provision punishing perpetrators of sexual violence against trans-children is conspicuously absent from the statute books. A truly gender-neutral law addressing and covering all forms of sexual violence against all children is, thus, of the utmostimportance. Though the Indian criminal justice system provides significant protection to children, we still see the recorded crime figures, including sexual offences against minors, rise in this country. In such a scenario it is absolutely essential for the state to provide equal and sufficient protection of the law to children of all genders.

[4]The Ordinance has since been replaced by the Criminal Law (Amendment) Act, 2018