Speeches And Elections In India: What Can The Electoral Candidates Not Say? 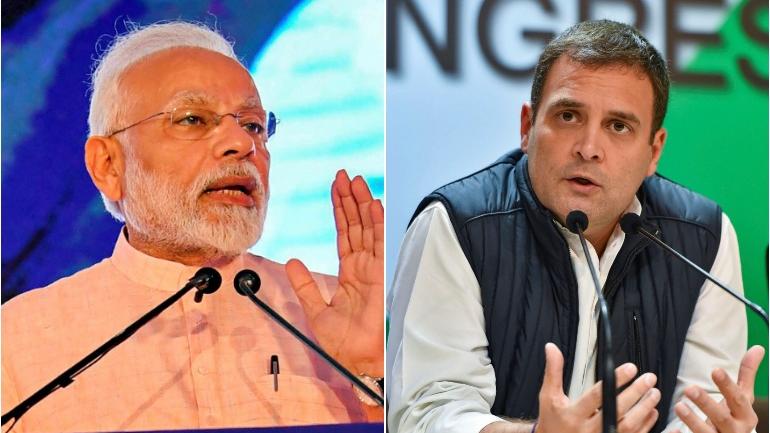 India, the world's largest democracy shall be witnessing elections for the parliament shortly. The election season in India has candidates across political parties, making passionate speeches to convince the voters to choose them over their rivals. The speeches range from issues of progress, living standards and at times race, religion, caste etc. A common misconception however, exists...

India, the world's largest democracy shall be witnessing elections for the parliament shortly. The election season in India has candidates across political parties, making passionate speeches to convince the voters to choose them over their rivals. The speeches range from issues of progress, living standards and at times race, religion, caste etc. A common misconception however, exists that electoral candidates have absolute freedom over the content of their speeches. In a country as diverse as India, such unbridled freedom can prove troublesome and hence, has not been granted. In the present post, I shall discuss the provisions in our election law which prohibits speeches of certain kinds and the procedure thereof.

Currently, the Representation of the People's Act, 1951 is the governing law on elections in India. Section 8A of the Act, disqualifies a candidate if she/he is found guilty of indulging in a corrupt practice. The corrupt practices relating to speeches include:

The provision prohibits any threat to a fellow candidate, a voter or any person the candidate or the voter may be interested in. Threat here means, (a) injury of any kind including social ostracisation or expulsion from any caste or community and (b) fear of being rendered an object of divine displeasure or spiritual censure. One should note however, that any declaration of public policy, or promise of a public action, does not form part of this provision.

It should be noted that the provision does not restrict a religious leader from expressing his opinion on individual merits of a candidate. However, if she/he uses his influence and leaves no choice to the persons addressed by her/him, it shall amount to undue influence.
[1]For instance, if a religious leader says that he preferred a candidate over the others, because, in her/his opinion, he was more worthy of the confidence of the electors for certain reasons would be an appropriate statement to make which is well within her/his rights. However, if the leader issued a farman or order directing her/his followers to vote for a particular candidate, otherwise they shall face the wrath of the god, it would amount to fear of spiritual censure and divine displeasure, hence violating the provision.

[2]Incidents wherein the provision has been attracted include, an order from a leader to not vote for a particular candidate as it would amount to a sin of gohatya (killing of a cow),

[3] a diktat that those who opposed a certain candidate, would not be spared by god.[4]

The above excerpts shall violate section 123(3) for seeking votes on the ground of 'caste' and 'community' of a voter i.e. the SCs/STs herein.

The above speech would be violative of the provision for seeking votes on the grounds of religion of the electoral candidate and the voters.

The Courts in catena of cases have maintained a strong position that wherever the clear implication of the said speech was to invoke religion, race, caste or community as a ground, it would fall foul of the section.
[6]

Section 123(3A) of the Act, prohibits a candidate or her/his agent or any other person with their consent to promote or attempt to promote, feelings of enmity or hatred between different classes of the citizens of India on grounds of religion, race, caste, community, or language.

In the past, where a candidate gave a speech stating that the Muslim religion was in danger and could be saved only by him and not the rival candidate, the Court held that it amounted to an attempt to promote feeling of enmity between different classes on grounds of religion.
[7]

Section 123(4) of the Act, prohibits a candidate or her/his agent or any other person with their consent to publish a statement of fact, which is false or he/she believes it to be false or does not believe it to be true, in relation to the personal character or conduct of a candidate. Such a statement has to be reasonably calculated to prejudice the prospects of that candidate's election.

The test evolved by the Supreme Court in such cases is three fold.
[8] First, in addition to the statement being false, the candidate making it should either believes it to be false or does not believe it to be true. In effect, the statements which are not true but are made bona fide are outside ambit of this section.

Second, the statement has to be a statement reasonably calculated to prejudice the prospects of the election of the candidate, against whom it is made. Calculated here means designed i.e. more than a mere likelihood.

While adjudicating the cases of above corrupt practices, the Supreme Court has remarked that often exaggerated language or expression is used while attacking the rival party or a candidate. Taking that into account, the Court has opined that while adjudicating such cases, it will consider the real thrust of the speech without laboring to dissect one or two sentences of the speech, to decide whether the speech was really intended to generate improper passions on the score of religion, caste, community etc.
[9] Regard here has to be given to the substance of the matter rather than mere form or phraseology.[10]

Invocation of religion, race, community etc. has been common when it comes to elections in India. Despite the Courts advising restraint to the candidates, the ground reality does not change. In the past month alone, several electors have made speeches that are against the law.

The Prime Minister in a rally in a constituency reserved for the members of the SC/ST's community took a potshot at the opposing Congress stating 'no other party has ignored Ambedkar as much as the previous government has.' Similarly, in a rally in Wardha, the PM stated that 'How can the Congress be forgiven for insulting the Hindus in front of the world? Weren't you hurt when you heard the word 'Hindu terror'?' Both these speeches in my opinion are violations of Article 123(3) and 123(3A) as they invoke votes on grounds of caste, community and religion.

However, this practice is followed by the Opposition as well. A Minister in the Congress Party called the Muslims to vote for the party and said that Muslims who vote for the BJP are not Muslims.

Such speeches have only resulted in communal and caste based politics, which is against the tenets of our Constitution. The Supreme Court has rightly remarked that rise of fundamentalism and communalism of politics encourages separatists and divisive forces and becomes breeding grounds for national disintegration and failure of parliamentary democratic system.
[11]One can only hope that the candidates while addressing a gathering remember and imbibe the words of Pt. Nehru who said, 'our democracy can only survive if those who aspire to become people's representatives and leaders understand the spirit of a secular democracy.' The possibility of this happening is less; given the fact that Pt. Nehru, our founding father himself is the center of elections these days, in the most unflattering of ways.
The author is a Fifth Year, Constitutional Law (Hons.) student at National Law University, Jodhpur (India). The article was first posted on the author's personal blog "The 'Basic' Structure".