[Suo Moto Contempt] Right Of One Appeal: A Requirement Of Due Process 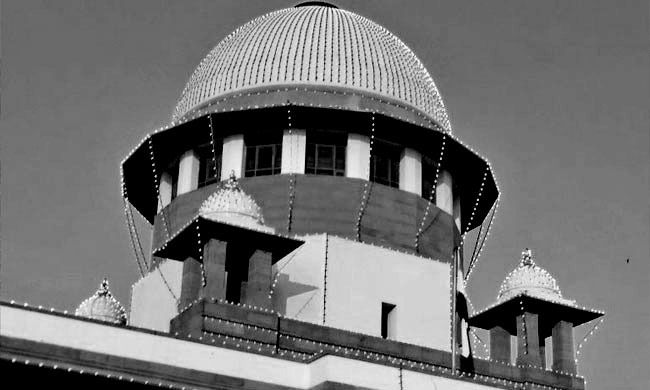 According to media reports of 19 August 2020, Justice Kurian Joseph, former Judge of the Supreme Court, has formulated the following question in the context of contempt of Court proceedings: "…whether a person convicted by the Supreme Court of India in a suo-motu case should get an opportunity for an intra-court appeal since in all other situations of conviction in criminal matters,...

According to media reports of 19 August 2020, Justice Kurian Joseph, former Judge of the Supreme Court, has formulated the following question in the context of contempt of Court proceedings:

"…whether a person convicted by the Supreme Court of India in a suo-motu case should get an opportunity for an intra-court appeal since in all other situations of conviction in criminal matters, the convicted person is entitled to have a second opportunity by way of an appeal. Under Section 19 of the Contempt of Courts Act, 1971, an intra-court appeal is provided where the order is passed by the Single Judge of the High Court and in case it is by the Division Bench, appeal lies to the Supreme Court of India. This safeguard is provided probably to avoid even the remotest possibility of miscarriage of justice. Should there not be such a safeguard in the other Constitutional Court, the Supreme Court of India also, when there is a conviction in a suo-motu criminal contempt case?"

In M. H. Hoskot v State of Maharashtra (1979 SCR (1) 192), a three-Judge Bench of the Supreme Court examined the import of Article 21 of the Constitution to emphasise that the procedure established by law which could lead to the deprivation of life and personal liberty should be fair and reasonable, conforming with "civilised norms like natural justice rooted firm in community consciousness, not primitive processual barbarity nor legislated normative mockery". The Court held that "(g)enerally speaking and subject to just exceptions, at least a single right of appeal on facts, where criminal conviction is fraught with long loss of liberty is basic to civilised jurisprudence. It is integral to fair procedure, natural justice and normative universality save in special cases like the original tribunal being a high bench sitting on a collegiate basis."

Some 20 years ago, I had the occasion to address a three-Judge Bench of the Supreme Court on a somewhat similar issue, though in the context of a challenge to the constitutional validity of Section 32A of the Narcotic Drugs and Pyschotropic Substances Act, 1985 to the extent that it took away the power of the appellate court, pending the appeal of the convict, to suspend the sentence awarded under the said Act, with an exception not relevant for our purpose. That case was Jiti v Union of India (Writ Petition (Criminal) No. 243/1999) tagged to Dadu v State of Maharashtra (Writ Petition (Criminal) No. 169/1999), the latter case being on a separate question of whether Section 32A of the said Act impacts the executive power to grant parole (AIR 2000 SC 3203).

The short argument in Jiti v Union of India was that the awarding of sentence and consideration of its legality or adequacy in appeal was essentially a judicial function, embracing within its ambit the power to suspend the sentence under the peculiar circumstances of each case, pending the disposal of the appeal. It was not open to Parliament to take away, by statutory prohibition, the judicial function of the Court in the matter of deciding as to whether or not, after the conviction under the said Act, the sentence deserved to be suspended, and also under what circumstances, restrictions or limitations the sentence could be suspended. Rather, by doing so, the right of appeal itself became illusionary.

The Supreme Court struck down Section 32A of the NDPS Act as being unconstitutional insofar as it took away the power of the Court to suspend the sentence pending the appeal. The Court inter alia found that providing a right of appeal but "totally disarming the Court from granting interim relief in the form of suspension of sentence would be unjust, unfair and violative of Article 21 of the Constitution". In this case, the Court held that "(n)ot providing at least one right of appeal, would negate the due process of law in the matter of dispensation of criminal justice."

It matters little that the said two decisions were rendered by the Supreme Court in exercise of its criminal appellate jurisdiction and criminal writ jurisdiction respectively, and not in contempt jurisdiction.

Hence, in light of the above, there should indeed be a provision for an intra-court appeal against an order of conviction in a criminal contempt passed in the first instance by the Supreme Court, so that the contemnor is afforded at least one right of appeal in line with the due process of law. The Supreme Court has all the powers it needs to make such provision, and could innovate in the manner it did to create the curative jurisdiction.