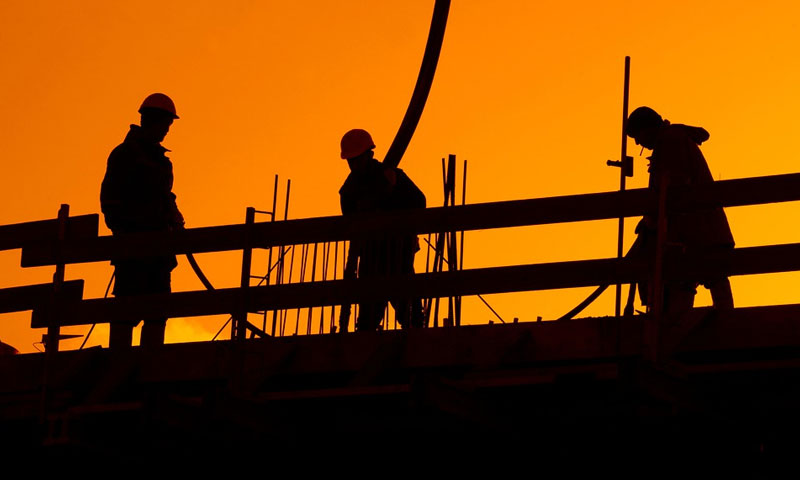 In the wake of COVID-19, several State Governments have decided not only to relax but to suspend the labour laws altogether. The justification given is that this action is necessary to revive industrial activities and will help in attracting more foreign investment. This action leads to sacrificing the labour rights at the altar of capitalism. It is surprising to note that employers...

In the wake of COVID-19, several State Governments have decided not only to relax but to suspend the labour laws altogether. The justification given is that this action is necessary to revive industrial activities and will help in attracting more foreign investment. This action leads to sacrificing the labour rights at the altar of capitalism. It is surprising to note that employers or their association/s have not asked the state governments to take such a regressive decision. These state governments have, indeed, given a toss to their constitutional duty to protect one of the weaker sections of the society. A petition challenging "notifications/ ordinances suspending central labour legislations" by several of the States has been filed in the Supreme Court. Few States, after criticism from civil society, have taken back only few changes.

In this context, this paper highlights the constitutional impropriety of the ongoing relaxation or suspension of labour laws and argues that this step will exacerbate the conditions of the labour class which have already been diminished significantly due to liberalization, privatization and globalization.

Labour laws are meant to protect workers from unfair and unjust treatment at the hands of employers. Labour laws were a response to the exploitation of, and the untold misery suffered by, the working class during laissze-faire era. Labour laws create a "floor of rights" in the absence of which "race to the bottom" transforms labour into commodity. It was through labour laws that the erstwhile relationship of master and slave got transformed into a comparatively more dignified relationship between employer and employee. The term 'employee' signifies, at least in theory, dignity, freedom and autonomy. This transformation signifies a journey from rightlessness to a more meaningful personhood. Thus, it is the function and purpose of labour laws "to protect the weak against the strong" (State Bank of India v. N. Sundara Money, (1976) 1 SCC 822, para. 9). In the absence of labour laws, which regulate, support and restrain employer's economic and social power, freedom of contract would become, in the hands of employer, a license to exploit the working class who has hardly any bargaining power, especially in the contemporary neoliberal economic order.

Protection of Labour Rights in India

The concept of social justice is a key part of the Indian legal system as exemplified through the enactment of key labour legislations such as the Industrial Establishments (Standing Orders) Act, 1946; the Industrial Disputes Act, 1947; the Minimum Wages Act, 1948; the Factories Act, 1948; and the Employees' State Insurance Act, 1948. Indeed, independent India took the goal of improving the conditions of the working class very seriously.

The anti-exploitation agenda of these enactments has been categorically highlighted by the Supreme Court, for instance, in a case dealing with the Minimum Wages Act, 1948. Thus, Supreme Court in Bijay Cotton Mills Ltd. v. State of Ajmer, [AIR 1955 SC 33, para. 4] held that "the employers cannot be heard to complain if they are compelled to pay minimum wages to their labourers even though the labourers on account of their poverty and helplessness are willing to work on lesser wages."

In addition to the enactments, protection of labour rights is very well ingrained in the Constitution. The Constitution of India envisages a welfare State in which everyone is entitled to social, economic and political justice. It is a duty of the State to secure to all workers work, a living wage, just and humane conditions of work, a decent standard of life etc. A five judge Bench of the Supreme Court in Chandra Bhavan Boarding & Lodging, Bangalore v. State of Mysore,[ (1969) 3 SCC 84, para 13], held that "freedom of trade does not mean freedom to exploit. The provisions of the Constitution are not erected as the barriers to progress. They provide a plan for orderly progress towards the social order contemplated by the preamble to the Constitution. They do not permit any kind of slavery, social, economic or political." In other words, the Constitution does not leave the working class to be the victims of an asymmetric power relationship. There are three aspects of the Constitution exemplifies this vision.

First, Article 23 guarantees fundamental right against exploitation. The Supreme Court in People's Union for Democratic Rights v. Union of India,[ (1982) 3 SCC 235, para. 15], held "it is the constitutional obligation of the State to take the necessary steps for the purpose of interdicting such violation and ensuring observance of the fundamental right by the private individual who is transgressing the same." The Court further held that if "a person provides labour or service to another for remuneration which is less than the minimum wage, the labour or service provided by him clearly falls within the scope and ambit of the words "forced labour" under Article 23."

Second, Article 21 guarantees the fundamental right to life and personal liberty. Meaning of life under Article 21 is very wide and means a life which is "meaningful and liveable with human dignity". A three judge bench of the Supreme Court in Consumer Education & Research Centre v. Union of India, [(1995) 3 SCC 42, para. 25], while dealing with the issue of occupational health hazards and diseases of the workers employed in asbestos industries, held that "right to health, medical aid to protect the health and vigour of a worker while in service or post-retirement is a fundamental right under Article 21, read with Articles 39(e), 41, 43, 48-A and all related articles and fundamental human rights to make the life of the workman meaningful and purposeful with dignity of person."

Third, the Part IV of the Constitution (Directive Principles of State Policy). enjoins on the State certain duties, namely securing to all workers work, a living wage, just and humane conditions of work, and a decent standard of life. In short these provisions are aimed at improving the working conditions of labour. The Apex Court, in Jacob M. Puthuparambil v. Kerala Water Authority [(1991) 1 SCC 28, para. 8] held that "whenever the State is required to make laws it must do so consistently with these principles with a view to securing social and economic freedom so essential for the establishment of an egalitarian society." Indeed, the directive principles are not enforceable by any court, but they are fundamental in the governance of the country and the State is under an obligation to apply them in making laws.

Can State Suspend the Labour Legislation?

Labour falls in the concurrent list. Both the Parliament and state legislatures have the competence to legislate on labour. Most of the labour legislations are enacted by the Parliament. As some of the legislations (e.g., Minimum Wages Act, 1948, Factory Act, 1948) were enacted to make fundamental rights enforceable, their suspension would be in conflict with part III of the Constitution. On this count suspension of these legislations by state governments is vulnerable to be challenged on the ground of constitutionality.

What may happen if labour laws are suspended?

Taking away the protection guaranteed under labour laws will have severe implications.

First, in India industrial relations are governed through the Trade Unions Act, 1926, the Industrial Establishments (Standing Orders) Act, 1946 and Industrial Disputes Act, 1947. These legislations may have some deficiencies but nevertheless they have afforded a lot of protection to the working class. Suspending them would lead to chaos as in the absence of any dispute settlement machinery leads to industrial strife and would hamper industrial production. A five Judge Bench of the Supreme Court in Hindustan Antibiotics Ltd. v. Workmen, (AIR 1967 SC 948, para. 9), noted that "the social and economic upliftment of the labour is important for securing industrial peace which is essential to increase the national productivity."

Second, labour rights protect labour from exploitation and lays down the minimum conditions of employment which every employer has to adhere. In absence of these rights employers will be free to hire and fire any employee. It will force unskilled laborers, which India has in plenty, to accept employment on unjust and unfair terms. It will make their constitutional rights (including fundamental rights) meaningless and the life of workers is likely to be reduced to serfdom.

Third, labour laws were enacted to provide dignity to labour as labour is not a commodity. It was only last year that we celebrated the hundredth anniversary of the International Labour Organization (ILO). ILO claims "all those who work have rights at work". In this context, relaxing or suspending labour legislations would also be in conflict some of the well-established rights of the working class under international law.

The government action of suspending labour laws, instead of, to use the words of Professor Upendra Baxi, "progressively empowering 'weaker sections'" has taken away all the protection afforded to them is against several constitutional guarantees. The question remains whether the rights of the working class is so weak in a normative sense that it can be compromised at any time to boost the economy or in the name of boosting the economy. The history of labour rights and the way labour rights have been addressed in the Constitution seem to suggest that they are inviolable. In other words, economic progress at the cost of the rights of the working class is legally and morally condemnable.

(I am thankful to Sujith K. for his valuable suggestions)