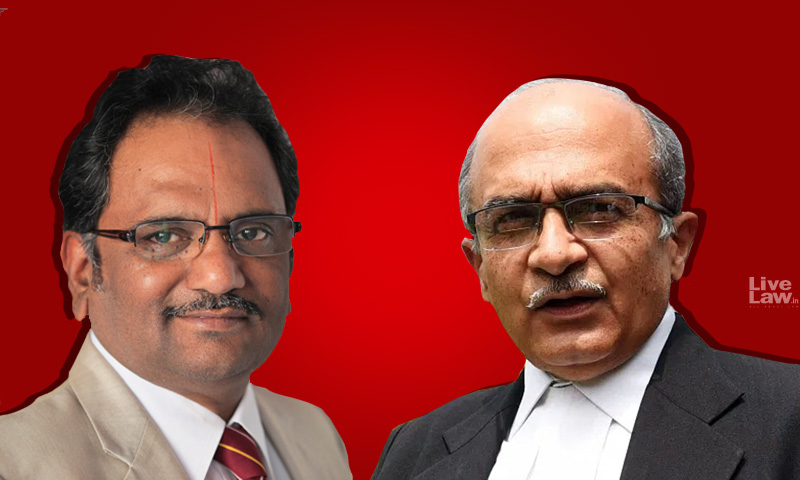 Prashant Bhushan should not be convicted and sentenced for Contempt of Court for following ten reasons on facts and the law. On facts: Tweet of Bhushan on June 27: "When historians in future look back at the last 6 years to see how democracy has been destroyed in India even without a formal Emergency, they will particularly mark the role of the Supreme Court in this destruction,...

Prashant Bhushan should not be convicted and sentenced for Contempt of Court for following ten reasons on facts and the law.

Allegation is that democracy was destroyed by government, not against Judiciary. The comment is that the role of SC in this destruction will be marked by History and more particularly the role of last 4 CJIs. There is no direct accusation, but indirectly he commented that it has a role in the destruction, without any details and specific allegation against any CJI. There was no allegation of corruption. It's at the most an adverse and critical comment. He did not write history will mark vital role of SC, the court should not have read 'vital' into tweet and concluded as contempt. This is unfair because not truthful. Truth of it should have been ascertained to say whether it was fair or not. Out of judgements given during six years, even if there are four or five judgements that went against democratic institutions, the comment cannot be termed as unfair.

It is true that he was sitting on superbike, without mask and helmet. As he was not driving it he need not wear helmet. He did not say CJI was driving. He just said 'sitting' on bike. He regretted for having not noticed that bike was on stand. He correlated this sitting with activity of SC 'denying citizens their fundamental right to access to justice because it was in lock down. There is no allegation as it was rightly said that there was no access to justice because of lockdown mode. Though some feel that this could have been avoided, the least, it could be unreasonable comment but cannot be criminalised as defamation or spreading hate and contempt. SC in its judgment rightly stated that it heard 879 sittings and 12748 petitions and judged many cases during the lockdown period through virtual hearing. Bhushan's tweet is still true to the extent that several thousands of cases of fundamental rights, because of lock down. There was neither defamation nor degradation of judiciary. The view of SC that these tweets brought the administration of justice in disrepute and are capable of undermining the dignity and authority of the institution of Supreme Court, is not within the four walls of 'definition of defamation'.

Prashanth Bhushan cannot be convicted or punished for the following legal reasons:

(The author is a former Central Information Commissioner and is  presently serving as a Dean, School of Law, Bennett University. Views are personal)