The Culture Of Unregulated Work Hours- An Exclusionary Practice 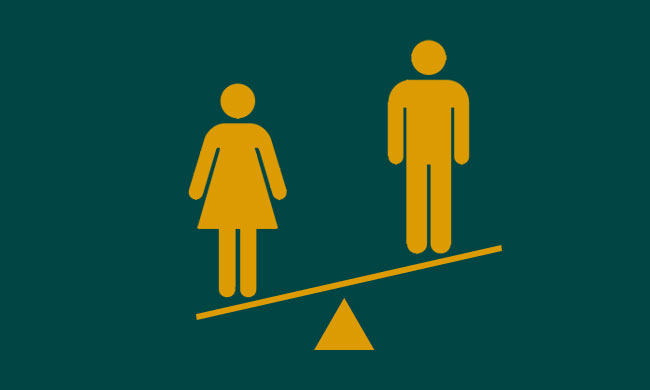 Often individuals employed in the legal industry complain of long and unregulated work hours. For most young lawyers living alone or for those who cannot afford the help, unregulated work hours mean that self-care, shopping for groceries, taking care of the home, family and food must be squeezed into barely any remaining time. This also severely affects the mental health of several...

Often individuals employed in the legal industry complain of long and unregulated work hours. For most young lawyers living alone or for those who cannot afford the help, unregulated work hours mean that self-care, shopping for groceries, taking care of the home, family and food must be squeezed into barely any remaining time. This also severely affects the mental health of several individuals engaged in the legal profession.

Time spent working in the office is not the only time that must be considered. Time considerations include that spent getting ready for work, preparing for and commuting to and from work. Longer work cultures have been built on the foundation of the unpaid labor performed by women or "affordable" (read as "underpaid") help in the household. This predominantly benefits men occupying higher positions within the law by enabling them to spend more time at work. The "accident" of a male-dominated workforce in the legal industry begs the question of whether the problems associated with the culture of long work hours, resulting in the exclusion of women, are essentially patriarchal. Unpaid labor performed by women and the sexual division of labor is also crucial to our understanding of how work hours are essentially patriarchal.

Throughout law school, the image of a busy lawyer is constructed and systematically romanticized. Projected as "demanded from the profession", all-nighters in law school and long work hours in law offices are thought to demonstrate an individual's commitment to the profession. Such demands are generally rooted in a disproportionate increase in the volume of work viz-a-viz the size of the available workforce. While notable exceptions exist in every office, firm or team, legal practice is generally marred by unhealthy expectations that equate longer work hours in the office with greater efficiency and output. Consequently, the inference is that dedicated, efficient and reliable lawyers like dedicated, efficient and reliable law interns are those that spend the most time at work.

Women possess the same promise as their male counterparts in all fields. With the rise of the culture of long work hours in the legal and other industries, time becomes a significant excuse used by employers and peers to exclude women from the workspace. Several offices and firms discourage women from working late for fear of having to develop infrastructure and policies that create an inclusive, comfortable and safe work environment. Relatively small offices and the management in several firms also tend to reject any responsibility attached to employing women such as arranging safe transportation for those working late hours and adopting gender-balance recruitment initiatives.

With the #MeToo movement gaining traction and an increase in the women coming forward with complaints of sexual harassment at the workplace, several law firms and offices are unwilling to employ women for seemingly unwarranted complaints of sexual harassment. An Associate in a Tier I firm said, "I heard an Associate Partner in my firm telling his juniors to not give work to female interns as it may invite #MeToo complaints against them". As a result, either fewer women are employed or women employed are viewed as less "competent" for having to leave marginally early. Such a work culture, then, serves as a patriarchal excuse to ensure that law continues to systematically exclude women under the garb of "protecting" them and ensuring their safety. Such exclusion is also marked by class differentials. Being able to afford the services of others to perform duties traditionally expected of them is a marker of privilege among women. Ultimately, the law operates as an elite gentlemen's' club at all levels.

With stories of "the night at the office" swarming the corridors of the workspace, several women often feel left out and unable to contribute as much. A common thread emerging in the interviews conducted for this article pointed to how women constantly cope with the general pressures of having to outdo themselves in male-dominated spaces. An associate in another Tier I firm stated, "you are always expected to finish everything quickly, even if it does not need to be done immediately. If you are not doing anything, there is nagging guilt for not being as busy. You begin to wonder why you are not being given as much work".

Availability of time disadvantages women within the labor market and recruiting process. An intern working at a law office in Delhi said, "as a woman, one cannot stay in office very late because of safety concerns our parents have. Since most employers do not provide personal cabs for female interns, we must leave early. Associates are usually in court until about 4:30 pm. If we leave before it gets dark, we barely have 2-3 hours to interact with them." For many, this decreased interaction and visibility means the promise of less meaningful work.

A female intern from the small town of Jhunjhunu in Rajasthan working in a law office in Delhi also added that the culture of not paying interns impacts women differently and effects the amount of time they can spend in the office. She said, "my parents, like the parents of many other girls, wanted me to stay close to my place of work. But, housing close to my office costed more… Traveling is a hassle because greater commute time means you must leave the office early. Lesser commute time also provides a feeling of added safety…In a few other offices that I have worked in the boys have been paid more than girls for being able to stay late at work and do more. Where I come from, there are only 3 women lawyers in the district court. There it is said that only women who are unworthy of men enter the law-divorcees and widows. It is harder to convince parents for unpaid internships in places where the law is not considered a profession for women. Receiving a stipend helps me prove myself more and gives me more power to negotiate. Among my brothers, being paid means my opinion matters now." Paying interns helps provide a sense of identity and independence to beginners in the profession, especially young women.

A female intern in another office said "[u]sually work with close deadlines, important work, or work requiring a greater number of hours to finish is given to male interns who can stay back in the office. As a female intern, though you are expected to prove yourself more, you have lesser opportunities to do the same." Another intern remarked, "employers can help by paying their interns for their transport, especially in expensive cities like Delhi and Bombay." This means that women are excluded from work and other opportunities. Men, on the other hand, enjoy the privilege of being "fully present".

The manner in which time is accounted for and organized within the legal fraternity demonstrates patriarchy. A young lawyer from a tier I firm stated, "even though you have finished your work you cannot leave…[because] the expectation is that you will stay [in the office] for about 12 hours. People come to the office prepared to be there for 12 hours. Automatically, time is wasted doing other things [and] not working." Working women bear the double burden of ensuring that they meet their professional obligations as well as other duties such as caregiving that are expected of them. This is an essential symptom of patriarchy. He added, "women have to cope with the additional pressure to show that they are able to stay [at work] despite having commitments at home and are organized enough to not mention it."

Put simply, the culture of unpaid work and long unregulated work hours is unethical and exploitative. It is enabled by sexist policies such as not paying female interns equally, and limits women from participating fully in the profession, particularly women belonging to poorer socio-economic backgrounds, thereby furthering patriarchy. Yes, as many have said, things are getting better and there is a long way to go. Yes, that is an excuse. To quote Cynthia Enloe, "'later' is a patriarchal time zone."

(Author is a Researcher at Live Law)