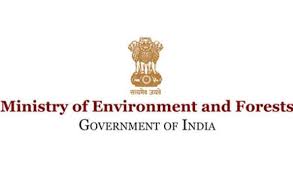 Quite recently, the Ministry of Environment, Forests and Climate Change (MoEFCC) has come up with a new Draft Environment Impact Assessment (EIA) Notification, 2020 that proposes to supersede the existing regulations of 2006. The draft notification which is currently at the stage of public comments, primarily appears to be regressive as it intends to bring significant changes by...

Quite recently, the Ministry of Environment, Forests and Climate Change (MoEFCC) has come up with a new Draft Environment Impact Assessment (EIA) Notification, 2020 that proposes to supersede the existing regulations of 2006. The draft notification which is currently at the stage of public comments, primarily appears to be regressive as it intends to bring significant changes by minimizing the existing levels of environment protection.

Though EIA was initially introduced in India for river valley projects during the 1970's. The process only got streamlined after the Rio Declaration in the year 1992 which laid down principles for undertaking EIA for proposed activities likely to have a significant impact on the environment, also focusing on the inclusiveness of effective public participation in the decision-making process.

In the year 1994 the first legislation on EIA was brought into effect which made environment clearance mandatory for 32 categories of developmental projects. This was later replaced with the EIA Notification, 2006 which provides a more detailed and comprehensive procedure for the projects to obtain clearance.

The existing EIA regulations provide for grant of 'prior' Environment Clearance for setting up of new projects or for expansion or modernisation of existing projects in terms of Schedule 1 given in the notification. It categorises various developmental projects and activities into Category 'A' and Category 'B' depending on their threshold capacity and potential environmental impacts. Projects under Category A are dealt by the MoEFCC at the central level while Category B by the State Expert Impact Assessment Authority (SEIAA) at the state level.

(i) Screening: Category B projects are scrutinised by the State Level Expert Appraisal Committee (SEAC) in order to determine as to whether the same requires to undergo preparation of EIA studies depending upon the 'nature' and 'location specificity' of the project, projects requiring EIA are then categorised as B1 and the remaining as B2);

(iii) Public Consultation: Concerns of people are recorded through written responses and public hearing in the affected area; and

(iv) Appraisal: Detailed scrutiny of EIA report and other related documents including outcome of public consultations is undertaken by the EAC/SEAC for recommendation of grant or rejection of the EC.

The EIA is an interconnected mechanism of various stages where each stage plays an important role. Any compromise with the quality of the EIA study, non-disclosure of relevant information or non-application of mind by the Expert Committees has a cascading effect on the entire process which could prove to be disastrous for the environment. It is therefore necessary that the provisions of EIA which are substantial and mandatory in nature must be followed in essence keeping in view the precautionary principle. The proposed draft notification however, is a fundamental departure from the existing regulations.

The draft notification places a wide range of projects under category B2 and exempts the same from undergoing all the relevant stages of EIA including screening, scoping, public consultation and appraisal. It proposes that all projects under this category (Except building and construction projects of more than 50,000 sq. mtrs. to 1,50,000 sq. mtrs.) will be directly dealt with by the Regulatory authority without referring the same to the SEAC.

A careful analysis of Schedule I shows that some of the projects which are currently mentioned under Category A and B1 (for eg. irrigation projects between 2,000 to 10,000 CCA is currently under B1 category) have been placed under B2 in the proposed notification. This kind of exemption is unjustified and arbitrary as it allows projects to go ahead without any assessment and scrutiny by the expert committee. Further, withdrawing the requirement of public consultation implies preventing people from raising their objections and suppressing their involvement in the decision making process.

The draft notification proposes similar dilutions in the process of scoping . It provides that the proposals for grant of TOR will be referred to the appraisal committee by the regulatory authority within 30 days from the date of EC application. However, it places a condition that if the regulatory authority does not refer the matter within the said period, then standard TOR will be issued to the project.

The standard ToR which are only indicative in nature cannot form the basis of the EIA without any scientific and technical deliberation of the EAC/SEAC on the various aspects of the project.

It is important to highlight that though the decision making power rests with the regulatory authority which decides to grant or reject the EC proposal, the same is based upon the recommendation of the EAC/SEAC which performs the most significant and important functions. It is the appraisal committee which decides as to whether the standard TOR's are sufficient for preparation of the EIA or if there is a need to impose additional TOR's considering the magnitude and location of the project which vary from case to case. The expert committees also reserves its right to reject a proposal at Scoping stage if the same is found to be environmentally unsustainable. If the projects are cleared and made operational without any analysis by the experts, it would certainly cause serious prejudice to the environment and ecology of the country.

Compromise on the standards

The draft notification also attempts to facilitate project proponents in several ways such as allowing collection of baseline data 3 years prior to issuance of TOR, reducing notice period for public consultation from 30 to 20 days, relaxing provisions for submissions of self- compliance reports from six monthly to yearly, replacing mandatory requirement of EIA with a 'No increase in pollution load certificate' for modernisation projects etc.

In addition to this, the draft notification goes one step forward and attempts to legalise the violations committed by the project proponents. Under the proposed notification, projects which have already started construction or commenced operations without obtaining the necessary clearances can be allowed to go ahead subject to submission of a penalty amount. Such practices of the Ministry of normalizing the illegalities committed by the project proponent by creating 'fait accompli' have been discouraged by the NGT and the Supreme Court (Alembic Pharmaceuticals v. Rohit Prajapati; Assn. for Environment Protection v. State of Kerala; Common Cause v Union of India) and are against the constitutional and statutory mandate.

It is noteworthy that ease of doing business has been one of the priority agenda of the Ministry for quite some time. However, executing the same by substantially diluting the current the framework appears to be a matter of grave concern. Where environmental laws are required to be more stringent keeping in view the present climate crisis, the Ministry attempts to do just the opposite by relaxing the procedures to give fast track clearances to the industries, even if the same is to the detriment of the environment and public health.

If the proposed notification is put into effect, it would certainly lead to unscientific and unsustainable development putting the environment at stake. On the one hand, the Government is committing itself to international conventions to reduce its carbon footprint while on the other hand it backtracks from it by weakening the existing levels of the environment protection. Where right to life and healthy environment is enshrined as a fundamental right under Article 21, the government must aim for the constant progress of protecting the same. Any changes to the contrary is unconstitutional.

The author is an advocate practicing at the National Green Tribunal, New Delhi and Legal Advisor with Vindhyan Ecology and Natural History Foundation. Click here to see a detailed review of the Draft EIA Notification 2020 submitted to the Ministry of Environment, Forest and Climate Change. Comments can be submitted till 30th June 2020.