The Effect Of Motor Vehicles (Amendment) Act, 2019 On Ola And Uber 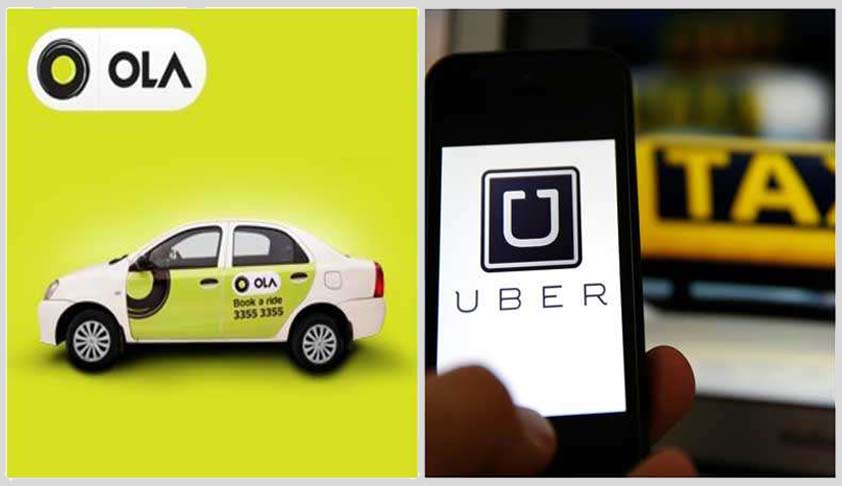 The term "aggregator" has been defined as "a digital intermediary or marketplace for a passenger to connect with a driver for the purpose of transportation", as per the newly added Section 1A of the principle Act. Cab-hailing platforms are now recognized as a marketplace, allowing the Centre and States to regulate and penalize Ola and Uber for non-compliance.

The 2019 Amendments which would be directly applicable to Ola and Uber once it becomes a law are:

Recognition of cab-aggregators as intermediaries

Until now, Ola and Uber were not governed directly by any legislation. But the Motor Vehicles (Amendment) Act, 2019 makes the Information Technology Act, 2000 directly applicable to Ola and Uber through their recognition as digital intermediaries. As a result, Ola and Uber can be penalised for offences such as breach of data privacy under Section 66E and 72 of the IT Act. Hence, the emphasis is laid on preventing the misuse of personal data of consumers such as date of birth, debit card details, UPI number, phone number shared with Ola and Uber in order to use their services. Additionally, under Section 85 of the IT Act, companies who don't comply with the Act shall be penalised. Further, Ola and Uber will have to compulsorily obtain a license from the State authorities, which will be subject to the guidelines laid down by the Centre. In case of non-compliance, a fine ranging from Rs. 25,000 to Rs. 1,00,000 can be levied against aggregators, according to the new Section 193(2) inserted by the Amendment.

Compliance with directions given by the Centre

Ola and Uber will have to comply with the directions issued by the Centre such as "the promotion of effective competition, passenger convenience and safety, competitive fares and prevention of overcrowding" under Section 96(2) Clause (xxxiib) of the Motor Vehicles Act,1988. Until now, Ola and Uber independently decided the number of passengers a car could accommodate, according to their pricing and categories such as micro, mini, Ola share (Ola) and pool, Uber-go and premium (Uber). But now, as Ola and Uber have to comply with the principle Act, the number of people a cab can accommodate as well as whether differential pricing by Ola and Uber might be liable to change due to the compulsory competitive pricing clause.

The 2019 Amendment envisages a uniform license rule by making obtaining of license by Ola and Uber a strict norm with hefty fines and makes state authorities responsible for their implementation. Prior to the 2019 Amendment, the surcharge fees and the limit of the number of passengers that a car can accommodate were decided by Ola and Uber. Now, Section 96 of the principal Act, which emphasizes fair pricing and passenger convenience, will bind these cab-aggregator services.

The 2019 Amendment Act also brings in stricter penalties for using hand-held devices. Section 184 of the principal Act penalized the driver for driving dangerously but failed to define acts that constitute dangerous. With the insertion of an explanation clause in Section 184 by S.67(iv) of the 2019 Amendment, drivers can be charged for using mobiles and tablets with a fine ranging from Rs. 1000 to Rs. 5000, instead of the previous fine of Rs. 1000.

Ola and Uber operate through digital platforms, and their business model is heavily dependant upon the use of mobile phones and GPS technology, for navigation and booking and accepting rides. Therefore, the applicability of a strict penal provision for the use of mobile phones may be harmful to their business model. With the increase in the penalty for using a mobile phone while driving and the necessity for Ola and Uber drivers to use mobile phones as a part of their job, there is a degree of uncertainty as to the extent to which usage of technology is acceptable.

The article was originally published in the NALSAR Tech Law Forum Blog.