The Ethical Relevance Of Holding Doctors Vicariously Liable For Negligence 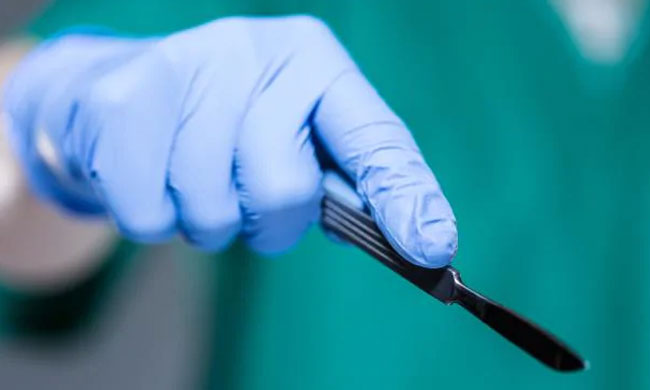 Recently, the National Consumer Disputes Redressal Commission (NCDRC) passed a significant judgment holding a senior doctor as well as the hospital vicariously liable for the medical negligence of the doctors working under his supervision.In the present case, a three-year-old girl who was undergoing treatment for cancer was given a medicine by negligently following the wrong procedure...

Recently, the National Consumer Disputes Redressal Commission (NCDRC) passed a significant judgment holding a senior doctor as well as the hospital vicariously liable for the medical negligence of the doctors working under his supervision.

In the present case, a three-year-old girl who was undergoing treatment for cancer was given a medicine by negligently following the wrong procedure which worsened her situation and eventually led to her sad demise. The wrong procedure was followed by a couple of doctors who were working on this case directly under the supervision of a senior doctor named Raman Arora. The doctors took the defense that the patient was suffering from a chronic disease and would have eventually died in due course. Rejecting this claim, NCDRC ordered compensation of more than 16 lacs to be paid to the family of the deceased girl.

In order to understand the ethical relevance of the aforementioned principle, we need to look at certain concepts of jurisprudence and how they have been applied by the Supreme Court in adjudicating cases of medical negligence.

Eminent jurist George E Hughes has propounded the ethics of legal obligation in his seminal work, 'Ethical Relevance of Consequences'. According to him, an obligation consists of two aspects - ground and content:

He said that it is the ground of a duty which shall define its content and which must in itself explain why that proposed content is the content of duty. In the medical profession, for instance, the ground of duty would be to save the life of the patient, and the content would be the treatment prescribed to achieve the same.

In order to explain the ethical relevance of a duty/obligation, he argued that the agent would justifiably be held liable for failing his duty only if

a. the achievement of that end was the content of the duty (for instance, giving the best possible treatment to the patient), and

b. the agent has knowingly neglected to take appropriate steps to achieve it

Hughes differed from Utilitarianism's basing of ethics of an action completely on its consequences. Noting that an obligation always precedes an action, and hence cannot be derived from post-facto consequences, he argued that:

'That which a ground of duty prescribes for us
is in most cases an end or state of affairs to be
achieved by means of our action. The end
which we have a duty to achieve (the primary
content of our duty) is that state of affairs
which after reasonable deliberation we
honestly believe to be prescribed for us by
what we honestly believe to be a ground of
duty... If the policy of action does result in
bringing about the prescribed state of affairs,
then the agent has fulfilled that duty. If it does
not, though through no fault of his own (i.e. if
he discovers that the end is not within his
power to achieve after all), then we must say
that the achievement of that end was not the
primary content of his duty after all, and that
he was mistaken in thinking it was; he did not
necessarily make a mistake about the ground
of duty or about the kind of content prescribed
by it, but he made a mistake about the "can"
which limits the "ought".

Therefore, it is evident that Hughes associated ethical relevance to only those content of a duty which the agent genuinely believed is right for bringing about the desired state of affairs and is well within his power/capacity to perform. If he honestly and reasonably believed that the end was attainable then it can be said that he had a duty to aim at it and to direct his actions towards it until its unattainability became evident.

This understanding of 'duty of care' and the ethical relevance of the same in the context of medical negligence has been propounded time and again by the Supreme Court as well. In Postgraduate Institute of Medical Education and Research, (2009) 7 SCC 330, the apex court noted that it needs to be proven that the doctor made a mistake which no careful and skillful medical practitioner would have made. Therefore, the liability relies on the fact that the doctor was reasonably expected to be aware of the content of his duty which he professed to abide by, and a breach thereof, would be something that he could've controlled but negligently ceased to do so.

In addition to this, recently in Vinod Jain v. Santokba Durlabhji Memorial Hospital, 2019 SCC Online SC 263, the Supreme Court distinguished between mere 'error of judgment' and and outright act of negligence by perusing the development of medical jurisprudence both in India and UK, and laid down, inter alia, following observations:

b. A medical practitioner would be liable only where his conduct fell below that of the standard so far reasonably competent practitioner in his field.

c. Negligence cannot be attributed to a doctor so long as he performs his duties with reasonable skill and competence. Merely because the doctor chooses one course of action in preference to the other one available, he would not be liable if the course of action chosen by him was acceptable to the medical profession.

The Supreme Court, therefore, recognizes the same standard of ethical relevance that Hughes has propounded in his work. It is a shift from the Utilitarian perspective which believes that the ethics of one's action is derived from the nature of its consequences, and also a disagreement with 'Suspended Paralysis' which says that the obligation is limited only to the performance of action and has nothing to do with the consequences.

This is also the same principle that NCDRC has seem to have extended to hold the senior doctor vicariously liable in the present case. A senior doctor was reasonably expected to make sure that doctors under his supervision are administering the treatment properly. A negligent act by such a junior doctor, therefore, is also a breach of duty on the part of the senior doctor as he failed to ensure that doctors under his supervision had requisite competence, knowledge and skill to carry out serious and complex treatments. Hence, the ethical relevance of his action gets determined by his lack of proper appreciation of the content of his duty which led to the failure of the achievement of its desired end.