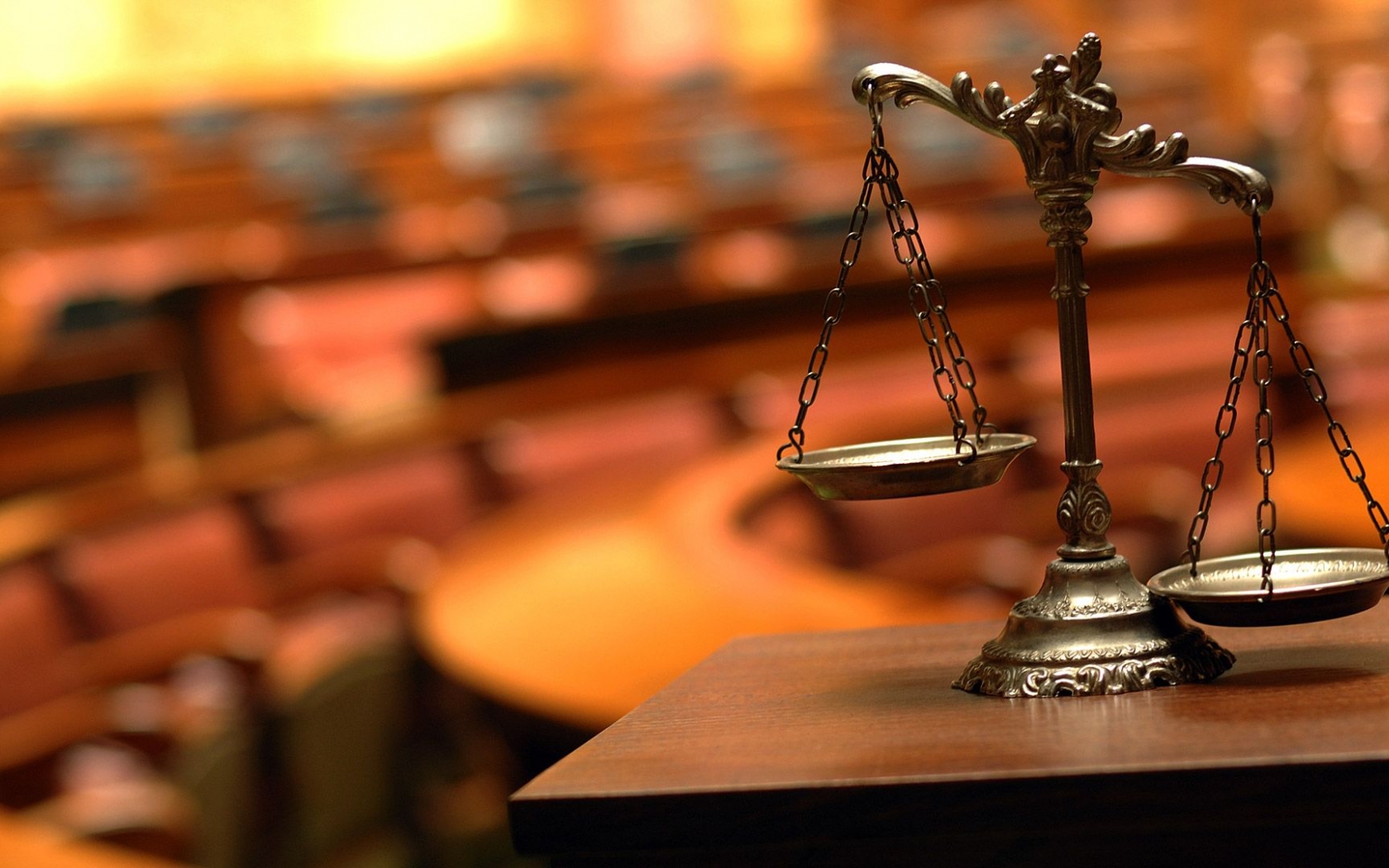 Rule of Law and the Right to dignity are but two sides of the same coin, inasmuch as neither can exist without the other. The fundamental value that certitude in law holds for the protection of human dignity has never been so acutely experienced in recent history as in the past couple of months. Undoubtedly, this unprecedented crisis has brought forth our peoples' spirit of duty...

Rule of Law and the Right to dignity are but two sides of the same coin, inasmuch as neither can exist without the other. The fundamental value that certitude in law holds for the protection of human dignity has never been so acutely experienced in recent history as in the past couple of months.

Undoubtedly, this unprecedented crisis has brought forth our peoples' spirit of duty and of service to the hilt. Despite having been taken off guard, our country has so far remained relatively unscathed by this wildfire, considering the density of our population. Having said that, it certainly cannot be gainsaid that there are many lessons to be learnt. Despite the swiftness with which the government was compelled to act, the poignant suffering of the migrant workers and the homeless was lamentably, an avoidable tragedy. Despite doctors & health workers performing immeasurable service, regrettably, there were deaths due to heart attacks and other causes just because the hospitals refused to attend to the patients out of covid-fear. Such added calamities could well have been avoided had there been an obligatory legal regime in place compelling states to ensure the workers' welfare; a mandatory protocol for hospitals and industries to follow; and had the citizens been aware of their "lockdown rights". Lord Atkin's famous warning in his minority judgement in Liversidge, that "amidst the clash of arms the laws are not silent", is a grim reminder for us today and highlights the compelling need for a comprehensive Lockdown Code.

The question whether a pandemic ought to have been visualized if not foreseen, is a debate that shall rage on for a long time. Yet, it cannot be denied that governance through ad-hoc directions "depending upon the exigencies of the situation" is the very antithesis of rule of law. One must remember that it is in times of the most acute crises that the rule of law ought to shine through like a lodestar. And if there are two pillars that form the bedrock of rule of law in any legal regime, they are certainty and transparency. A cumulative reading of sections 2(e), 6 & 11 of the Disaster Management Act, 2005, leaves no manner of doubt that there ought to have been formulated a concrete Policy and Guidelines as well as a National Plan for the "prevention of a disaster" and "for ensuring timely and effective response to a disaster" - necessarily implying that every conceivable disaster ought to be anticipated. In the absence of Guidelines or a National Plan being codified, there is every likelihood of "the rule of law becoming a teasing illusion and a promise of unreality", in the words of Justice Bhagwati in Sampath Kumar.

By all scientific predictions, more waves of this pandemic seem a distinct possibility. Thus, whether it be directions to employers to continue paying a certain minimum wage to workmen during a lockdown or instructions to landlords forbidding the workmens' eviction, each section of society ought to know in advance their duties and rights during such periods of closure. Whether social security of the marginalized be achieved by way of an economic package or by a guarantee of food & shelter, the benefits must necessarily be known in advance. The bouncing of responsibility to and fro by states amidst their figmentary jurisdictional dilemma about whose duty it is to ferry the migrants – the state of occupation or the state of origin – as well as the divergent quarantine policies adopted by each state, again underscore the urgent need for a uniform central policy, which has so far been vague to say the least.

This intrinsic connection between Rule of law and the right to dignity is all the more evident from the fact that in the absence of certainty in the law, the dignity of the individual has been the first casualty. As observed by the Supreme Court in the celebrated judgement of Puttaswamy, "So fundamental is dignity that it permeates the core of the rights guaranteed to the individual by Part III [of the Constitution]. Dignity is the core which unites the fundamental rights". Thus, despite the paranoia generated by the infectious nature of this disease, it is extremely important to bear in mind that the right to live with human dignity guaranteed to every individual by our Constitution, cannot be sacrificed at the altar of utilitarianism. But woefully, despite the weaving of this fundamental guarantee into our Constitution, this right fell silent once the codified law was found vacuous.

In its perception of the immediate threat to lives, the State totally ignored the right to dignity of individuals for whom life itself is a daily struggle for survival; in its call to test én masse for the disease in order to "generate data", the medical world wholly disregard the inherently intrusive character of any mandatory procedure. The hysterical impulse of society to quarantine healthy "suspects" who may have had some minimal exposure, was hardly balanced against the individual's right to a dignified & hygienic facility, or the choice of staying in isolation within the confines of one's own homes. A society that now boasts of recognizing euthanasia as being inherent in a life of 'dignity' cannot, driven by paranoia, so readily deny even infected patients the right to live isolated in their own homes.

Fear driven abandonment by states of a whole class of their own residents, albeit migratory, forsaking them to their own fates as they trudged hundreds of miles home, was a frontal attack on human dignity more than abdication of duty. Indeed, the very fostering of an atmosphere, whether by the State or the Media, where any class or even individuals are viewed as potential "infection carriers" and "social distancing violators", rather than as helpless "victims" in need of support by the law, annihilates every modicum of human dignity that our founding fathers held so dear. Equally, the glorification by a section of the media of the omnipotent "Lathhi" of our constabulary raining hell on "lockdown breakers", has left a lasting scar on our sense of dignity. Even apart from our constitutional rights, the sensibility for individual dignity runs deep in our cultural ethos and societal psyche. Thus no society can afford to ignore individual dignity in any war it may wage, else more may be lost despite winning the war.

After much shunning of responsibility, one saw shramik trains underway, only to be cancelled or diverted and at times, the helpless travelers being made to struggle for even drinking water in their endless journey. One cannot afford to be unmindful of the fact that this 'shramik' had set out from his village so as to make a dignified living in the first place – only to be sent packing in this undignified fashion – again a victim of a lack of uniform policy. If ever there has been an occasion for the Supreme Court, as the constitutionally ordained sentinel of human rights, to fill-in this silence of the law, it is now when thousands await voicelessly in the faint hope of a journey away from this misery and brave the spectre of a life of uncertainty ahead.

Even in a desperate bid to save lives of the maximum number, be it for the greater common good, unmindful disregard of the individual can never be an option for the State in a democracy. As President Barak of the Supreme Court of Israel has famously observed : "This is the destiny of a democracy — it does not see all means as acceptable.... The rule of law and the liberty [and dignity] of an individual constitute important components in its understanding of security [of life]".

This destiny of a democracy and the path chosen by our founding fathers may well be a handicap in our constant wars against myriad scourges of the day. But, expedient neglect of individual human rights by the State; or disproportionate intrusions into civil liberties by its agencies, or even undue deference to executive authority by courts, are themselves plagued with perils that may shake the very values that our Constitution stands for. Armed with the hindsight of experience and the wisdom gained during this wave of the pandemic, the executive must now devise detailed rules that will operate during such crises and of course the courts ought to, as the ultimate guardians of individual rights, draw the fine balance and walk the thin line between executive power and the dignity of the individual.
TagsRule of Law Covid19 Right to Diginity Justice Bhagwati Disaster Management
Next Story
Similar Posts
+ View more
Law Firms
+ More