The Legal Quandry Over E-Pharmacies In India: Immediate Need For A Regulatory Framework 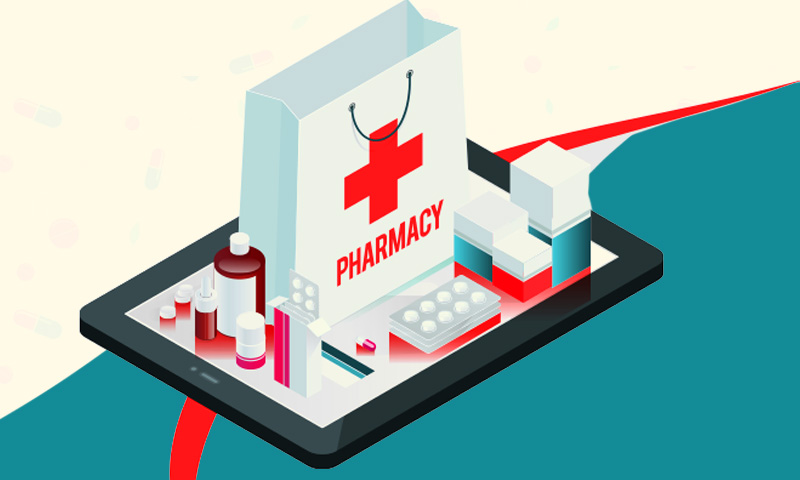 The advent of E-Commerce has changed lives around the World. Individuals have transitioned from brick and mortar stores to online platforms for procuring everything imaginable. One such ground-breaking development is the E-Pharmacy Sphere in India. E-Pharmacies are virtual platforms that take an order of medicines over the internet and deliver them to patients via mail or dedicated...

The advent of E-Commerce has changed lives around the World. Individuals have transitioned from brick and mortar stores to online platforms for procuring everything imaginable. One such ground-breaking development is the E-Pharmacy Sphere in India. E-Pharmacies are virtual platforms that take an order of medicines over the internet and deliver them to patients via mail or dedicated delivery companies. However, all isn't gold for the Industry players as they are riddled with a fair share of concerns regarding the genuineness of the seller, patient's safety and privacy, misuse and misdiagnosis of drugs amongst other things. This is when the need for sectoral rules and regulations come into the picture.

LACK OF SPECIFIC REGULATIONS FOR THE SECTOR

Presently, there are no regulations for the licensing of E-Pharmacies in India. In 2018, the Madras High Court imposed an interim ban on online sale of drugs following a writ petition filed by the "Tamil Nadu Chemists and Druggists Association" until regulations are notified in this regard but after an appeal, the ban was temporarily stayed by the High Court.

Concurrently, the Delhi High Court in Zaheer Ahmed v Union of India[i] had issued a nationwide ban on the online sale of medicines until a relevant legal framework for this sector is enforced. Following the High Court order, the Drugs Controller General of India has imposed a blanket ban on the sale of medicines through unlicensed virtual pharmacies until further notice.

Despite the lack of explicit regulations, the licensed E-pharmacies are nonetheless legally operating leveraging the blurry difference between online and offline pharmacies under the Drugs & Cosmetics Act, 1940. The Major E -Pharmacy Companies in India assert that they are functioning as a "market place model" meaning thereby they are mere extensions of physical medical stores which are licensed to sell drugs under the Drugs & Cosmetics Act, 1940 and the online platform for sales is covered by the regulations for "Intermediaries" under the Information Technology Act, 2000.

Taking note of this operational grey area, the Industry has also made an effort to self-regulate itself by framing a Code of ethics to adhere to the highest level of professional standards.

THE IMMINENT NEED FOR REGULATIONS

The present regulatory framework for the physical sale of drugs in India includes, inter alia, Drugs & Cosmetics Act, 1940, Drugs & Cosmetic Rules, 1945, Pharmacy Act, 1948, Drugs and Magic Remedies Act, 1954. Even though these laws are technology-neutral yet they are not up to date with the technical advancements that saw the light of the day in the 21st century to visualise the concept of virtual sale of medicines and drugs. Owing to the surge in internet penetration and smartphone ownership, the Indian E-Pharmacy market is a seemingly promising sector expected to hit a market size of US $2.7 Billion by the year 2023. It has the potential of creation of not just of value for the consumers but also the generation of a host of B2B opportunities in the coming years. The absence of well-defined regulations in this sector stifles the possibility of it thriving as a major market player in the economy.

The Ministry of Health and Family Welfare had promulgated a draft in the year 2018 to amend the Drugs and Cosmetics Rules, 1945 to make room for the smooth operation of e-pharmacies in India. Some of the key proposals made in the draft rules for "Sale Of Drugs By E-Pharmacy" include, inter alia, the mandatory registration of E-pharmacy platforms with the Central Drugs Standard Control Organisation under the Act for a fee of Rs. 50,000 before the commencement of operations. The registration would remain valid for 3 years only and renewal may be done if the Pharmacy wants to continue its operations thereafter. There must be a Compulsory 24x7 customer support facility and grievance redressal in place for the stakeholders. Further, the e-pharmacy shall have a registered pharmacist to respond to customer queries. The provision of any drug to the customer must be made against a cash or credit memo only on compulsory verification of the details of the patient and the medical practitioner mentioned on the prescription and the record of the same must be maintained. The draft rules prohibit the sale of drugs enumerated under the Narcotic Drugs and Psychotropic Substances act, 1985 (essentially the habit-forming drugs), tranquilisers and drugs referred under Schedule X of Drugs and Cosmetics Rules, 1945.

The rules have also mandated non-disclosure and maintenance of confidentiality concerning any information received from the customer through a prescription or otherwise except to the Central and State government as the case may be, if required, for public health measures. The health information generated or mirrored by the platforms must be stored locally i.e. it must not be stored or sent outside India.

Rule 67-M of the draft lays down detailed conditions like adherence to the Information Technology Act, 2000 and the corresponding rules, intimation to the Central License Authority of any change in the constitution of the e-pharmacy.

There is to be a periodic inspection by the Central License Authority to ensure follow up with the conditions for registration under the rules and in the event of non-compliance, the Authority is armed with powers ranging from suspension to cancellation of their registration upon giving a showcase notice.

Moreover, the drugs controller of the relevant State has been given the power to decide a consumer complaint in the event of supply of adulterated, non-standard or misbranded drugs by e-pharmacies.

CHALLENGES IN THE PROPOSED REGULATIONS

At the outset, the draft is silent on whether the E-pharmacies operating as a marketplace model i.e. where these pharmacies are merely acting as a facilitator between consumers and licensed pharmacies would require registration besides the inventory-based model.

The rule providing for periodical monitoring by the State Licensing Authorities has also raised questions on the licensing of E-pharmacies. Would it require to obtain distinct state licenses to operate in different states instead of just one license to operate nationwide because traditionally it is the State Authorities who monitor drug sales?

The rules also fail to provide the modus operandi to be adopted by the registered pharmacist to verify the details of the patient and the medical practitioner before dispensing prescription drugs since in most cases the snapshots of the prescriptions are attached which diminishes the efficacy of verification process. So, there should be some standard form of prescription as in the USA to ensure its legitimacy.

To avoid arbitrariness the legislators ought to clear the enigma around the sharing of the health information of the consumers with the government "for public health measures". What are all the possible grounds on which the government can seek the health details of the customers? Further, the issue of the minimum designation of the authority which could direct the E-pharmacies to share the health information remains unaddressed.

On top of that, the draft rules do not provide for the minimum duration for which the E-pharmacies must preserve the electronic record of the patients and the medicines procured by each of them.

The rules completely forbid the disclosure of customer's information to a third party and do not carve any exceptions for such information to be shared even for wholly internal purposes like improving the functionality of the online platforms. This deprives E-pharmacies of the opportunity of improving upon their quality of service.

Lastly, the data localisation requirement under the draft does not align with the Personal Data Protection Bill, 2019 and the Digital Information Security in Healthcare Bill, 2018 which allow cross border sharing of health-related information provided the patient has explicitly consented to it. This may lead to a regulatory disorder in the administration of health-related data.

The draft regulations are at present under the consideration of a high-level group of ministers despite being approved by the Drugs Consultative Committee and Drugs Technical Advisory Board to further refine the proposals owing to the staunch resistance by traditional medical pharmacists.

The draft rules are indeed progressive and present an opportunity for the government to correct the vast disparity in the availability of drugs and medicines across the country where access to these drugs and medicines is seen as a luxury rather than a necessity. In a White Paper released by FICCI, Mr Dharmil Seth, Member of FICCI E-Pharmacy Working Group & Co-founder of PharmEasy stated that Digital Pharmacies align with the current government's vision of Digital India and such efforts would lead to better healthcare outcomes in the long run. E-pharmacies can improve the accessibility and affordability of medicines if properly regulated but a precondition for this is a clear and comprehensive regulatory framework.

The CCI also suggested that the presence of E-Pharmacy is likely to trigger increased transparency and price competition in the pharmacy market consequently making medicines affordable for the final consumers. To make the industry self-sufficient the government can introduce a nation-wide framework for Electronic Health Records to reduce privacy concerns surrounding the healthcare data. Similarly, it can also put in place a system of E-prescriptions issued by the medical practitioners themselves to check the misuse of the prescriptions.

However, before any formalisation of the rules to make them foolproof, the authorities must clear the air around the ambiguities and relax the unreasonably restrictive rules in the Bill. The government should also acknowledge the palpable differences between the online and offline pharmacies and instead of largely adopting the norms catering to offline pharmacies provide a level playing field to ensure the safety, genuineness and standard of drugs.

While both the opponents and proponents of E-Pharmacies have critical observations to make. The government must not overlook the fact that E-pharmacies have witnessed an unparalleled surge in sales during the Covid-19 crisis. As noted by FICCI, technology played a vital role during the pandemic and ensured the timely supply of essential medicines across the nation.[ii] There must be at least some interim measures in place to provide for a framework on online sales of drugs and medicines during these unprecedented times.