[Law On Reels] The Lincoln Lawyer- An Ethical Dilemma 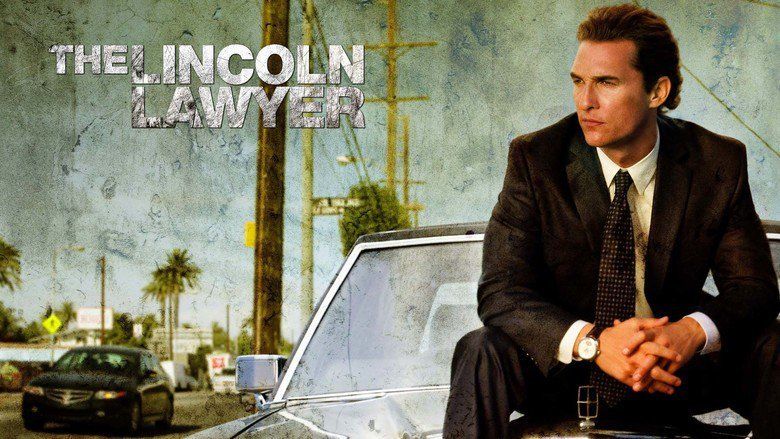 "I checked the list of people I trust and your name ain't on it." - Mickey Haller Based on the Novel 'The Lincoln Lawyer' by Michael Connelly, the movie tells the story of an astute criminal defence lawyer Mickey Haller (Mathew McConaughey) who very persuasively deals his every case but leaning outside the boundaries of the ethical playground. He represents drug dealers,...

"I checked the list of people I trust and your name ain't on it."

Based on the Novel 'The Lincoln Lawyer' by Michael Connelly, the movie tells the story of an astute criminal defence lawyer Mickey Haller (Mathew McConaughey) who very persuasively deals his every case but leaning outside the boundaries of the ethical playground. He represents drug dealers, fraudsters, murderers and other criminals with a pre-hand condition that the quality of work done and the skill he applies to all the cases depend upon, what he iterates as "how much the tank is filled" (the fees that are due by the client). He finds himself into a perplexing position where he has to defend a millionaire client (Louis Roulet) who is a serial killer but it is the Attorney-Client privilege that restricts him to get his client arrested by blabbering the information which he collected assiduously despite the active concealment by Roulet. This case is also pertinent for the protagonist as this case clearly conflicts with his earlier case where one of his earlier clients (Jesus Martinez) was wrongfully put behind the bars for the violence committed by Roulet on a prostitute. The main question around which the film revolves is in what way Haller should act so as to remain within the bounds of the Attorney-Client privilege and at the same time get the wrongfully convicted man out of the Jail and to prevent his life from getting ruined.

Attorney-client Privilege and the Breach

The solution of Mickey Haller is trodden by the breaches of ethical standards. He dismantles the confidentiality by disclosing every minute conversations with Roulet to at least two people - Maggie, his ex-wife and Gloria, the prisoner with whose help he makes a false witness commit perjury. Maggie herself is a prosecuting attorney and in close connection with the detectives who carried the investigation of the cases that he fought for his clients. According to the California Bar rules this is against the professional ethics of a lawyer. The same scenario is applicable to India as well.

The premier statute in dealing with this privilege in India is the Evidence Act, 1872 which enumerates under Sections 126-129 that rule of attorney-client privilege.

This position is refined further by the Part VI, Chapter II, Section II, Rule 17 of the Bar Council of India Rules which explicitly entails that an advocate shall not, directly or indirectly, commit a breach of the obligations imposed by Section 126 of the Indian Evidence Act.

One of the exceptions that could have applied to the case was the fact that the attorney can provide confidential data to the court if he believes that the act is dangerous and is likely to result in death or substantial harm to any person. But in the movie, this was very explicitly ruled out as Roulet was very specific as to not to overtly threaten to kill anyone or cause harm to and hence Haller could not take that defence.

Other ethical concerns that are very pertinent to notice is the manipulation of the law and the court procedure. In the beginning of the movie, Haller faces a situation where he could not extract the fees due from one of the clients. In response of that, he manipulates the the procedure of the court by delaying the case as Mr. Green (a non-existent witness, presumably the reference of fees as it was not paid) could not be located by him. This can be understood by one of the quotes from the film-

Client- "Don't worry, I got it (implying the fees that he has not paid)"

Mickey Haller- "Exactly, you got it and I don't"

This scenario is covered under the rules of professional ethics of an Advocate, which states that he must not influence the decision of the court by applying inappropriate and wrongful means.

One of the major things that can be taken note is the fact that an Advocate has to cater to the needs of the clients rather than asserting and paving his/her own ideas on them. This is demonstrated by the scene where Haller is concerned with getting his client a life imprisonment rather than an execution without heeding to his needs and the story. As it turns out the client(Jesus Martinez) is innocent after all in the end and was used as a way-out by Roulet while committing gruesome murders.

Furthermore, the conflict of interests also flourishes in when after knowing that the Roulet's case is in conflict with Jesus Martinez' case, Haller still prefers to serve Roulet and ends up breaking the ethics. As the movie is set in California, the current scenario is regulated by Rule 1.7 of the American Bar Association Rules which strictly prohibits the same. Bar Council of India Rule 23 also contains the same provision that prohibits a lawyer to continue with the case where he has represented another party connected with the suit.

The Attorney-Client Privilege must be placed on a different pedestal than other privileges as this privilege stems from trust and is the building block of legal practice. The movie very appropriately explains that the Attorney-Client privilege is held by the client and not by the Attorney and the attorney is under obligation to maintain the same. This Crime-thriller is essentially a lesson on legal ethics.

(Author is a student at University School of Law and Legal Studies, GGSIPU)

(This is the eighteenth article in the "Law On Reels" series, which explores legal themes in movies.Views Are Personal Only)