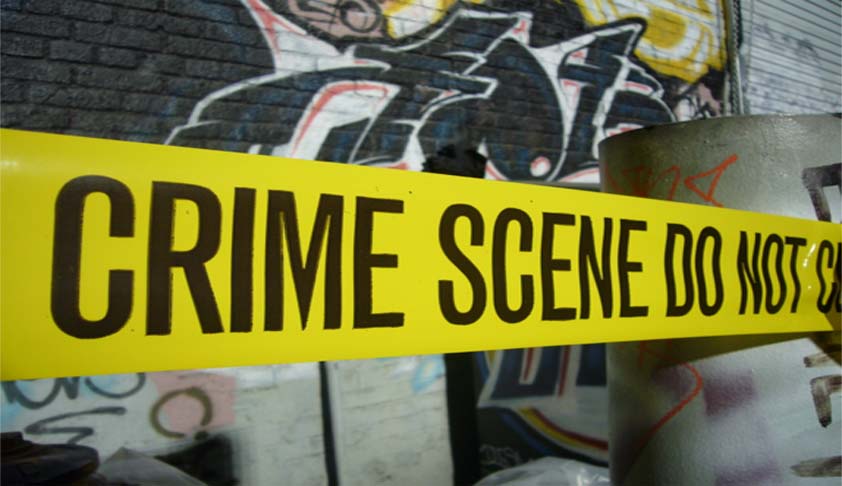 The Nation wants to know the intent and contents of the proposed amendments in criminal laws ensuing the statement of the Union Home Minister Mr Amit Shah that was made couple of weeks ago. Not much is known about the actual motivation and direction about seemingly sweeping amendments that are intended to be caused in the Indian Penal Code, Criminal Procedure Code and some other...

The Nation wants to know the intent and contents of the proposed amendments in criminal laws ensuing the statement of the Union Home Minister Mr Amit Shah that was made couple of weeks ago. Not much is known about the actual motivation and direction about seemingly sweeping amendments that are intended to be caused in the Indian Penal Code, Criminal Procedure Code and some other criminal laws. These crucial amendments would amount to redefining of criminal justice policies without a direction. The Bureau of Police Research and Development (BPRD, who has been assigned the task, seems to be lacking in its approach and methodology as this initiative cannot be done without having a larger and multifaceted consultation. Since its inception, our criminal justice system (CJS) has only been subject to cursory and contextual changes. Needless to say, it has, at best, struggled to keep up with the global advancements in the criminological, victimological and penological discourse.

It is disturbing; however, that the exercise of its reformation lacks the direction, prerogative and holistic understanding that is required to bring about institutional, structural and statutory reforms in our CJS. Even as Macaulay is subject to sharp derision today, our modern day reformers would do well to emulate the primacy he gave to principled reform.

The guiding principles of any CJS can be found enshrined, most prominently, in its criminal procedure. The very first step of any exercise aimed at reforming our criminal laws requires a study of whether our current CJS seeks to promote 'crime control values' aimed at mass arrests, investigations and incarcerations to deter crime or 'due process values' aimed at securing the rights of the accused to the hilt (Herbert Packer, 1964). The second step of the exercise requires the ascertaining of which of the abovementioned values the CJS should normatively adopt in our specific circumstances. The third step requires a calibration of the results of step one with step two so as to arrive at an ideal solution.

It is equally important to remember that both crime control and due process values are not either/or propositions and may co-exist within the same system to varying degrees. At present, as may be gauged from our procedural laws, our system is in a state of gross confusion in terms f choosing the right balance of the two value propositions. While professing the due process model, it is prone to subscribe crime control model, for e.g., the power of the police to arrest on mere suspicion. Resultantly, nearly 66 per cent of all prisoners (2.9 lakhs of 4.3 lakhs) lodged in our jails are under-trials even as, on average, each court in the judicial hierarchy of our CJS takes between one and three years to dispose a case respectively (NCRB, 2016).

This is not to say that our CJS endorses or promotes crime control values generally. To the contrary, the complexities of our criminal procedure unwittingly deter the effective operation of the CJS itself. For instance, until the Supreme Court's clarification in the Lalita Kumari v. Govt. of U.P. & Ors., the police would often cite an ambiguity in the language of section 154 of the Code of Criminal Procedure (CrPC) to refuse the registration of FIRs. Needless to say, without FIR our CJS cannot be set into motion except perhaps upon a complaint directly to our already overburdened magistrates. The language of the CrPC, therefore, needs to be freed from such complexities and ambiguities.

Another issue with our criminal procedure law is that of internal inconsistency. To exemplify one such inconsistency, sections 41A to D, CrPC, were introduced vide the Amendment Act of 2009 to lay down procedural safeguards against arbitrary arrest of a person by a police officer under Section 41 in relation to cognizable offences. At the same time, however, section 42 of the CrPC empowers the same police officer to arrest any person accused of committing a non-cognizable offence for the simple act of refusing to give his name and residence. In only a profoundly inconsistent CJS can a person accused of a heinous crime such as rape (cognizable) have stricter procedural safeguards in his favour when a person accused of a petty offence like 'being in possession of false weights and measures' (non-cognizable) can be arrested and detained without any procedural safeguards. More such internal inconsistencies require identification and rectification.

The reforms must also address institutional and structural questions that our current procedural laws often throw up. We have highlighted three such issues through this column. Firstly, several special laws now create parallel procedural regimes (which are often stricter) than the CrPC. For example, investigation and/or prosecution under the Foreign Exchange Management Act; Unlawful Activities (Prevention) Act; Drugs and Cosmetics Act; Narcotic and Psychotropic Substances Act; etc. often divest the accused of procedural safeguards under available under the CrPC. The relevance of codification of procedural laws therefore needs to be reconsidered in the era of specially tailored laws.

A second structural issue that requires urgent reform is the precariousness in the position of prosecution within our CJS. As per the role envisaged for the prosecution by the judiciary, the office is supposed to function as an officer of the court which is independent of the government of the day and without any interference or bias. Nevertheless, the manner of appointment of the public prosecutors as well as the criteria of securing convictions for promotion, ensure that the office of the prosecutor is anything but independent. The object for separating the prosecutorial and investigative functions of the State is inadvertently defeated in the process.

A third structural issue is the (nearly) ubiquitous absence of the victim in our procedural laws. Even as the State puts itself in the driver's seat on the road to justice, it should not be forgotten that it is the victim against whom the offence has primarily been committed. Our current CJS hardly accounts for this perspective. India is a signatory to the UN Declaration of Basic Principles of Justice for Victims of Crime and Abuse of Power and as such its procedural laws must fulfil the obligations of provide access to justice, assistance, compensation and restitution to the victims through an enabling procedural law.

The issues and lacunae that have been highlighted above are merely the tip of an iceberg and have been pointed out only to give a sense of depth to the problems, principles and perspectives that reformers must take into account before recommending and/or bringing about any actual changes. The reformist exercise undertaken by BPRD must not only take into account the issues highlighted above, but should meticulously study and detail other such lacunae in our procedural laws before coming to any conclusions.

G. S. Bajpai is the Chairperson, Centre for Criminology and Victimology at National Law University, Delhi and Ankit Kaushik is a Research Associate at NLUD.