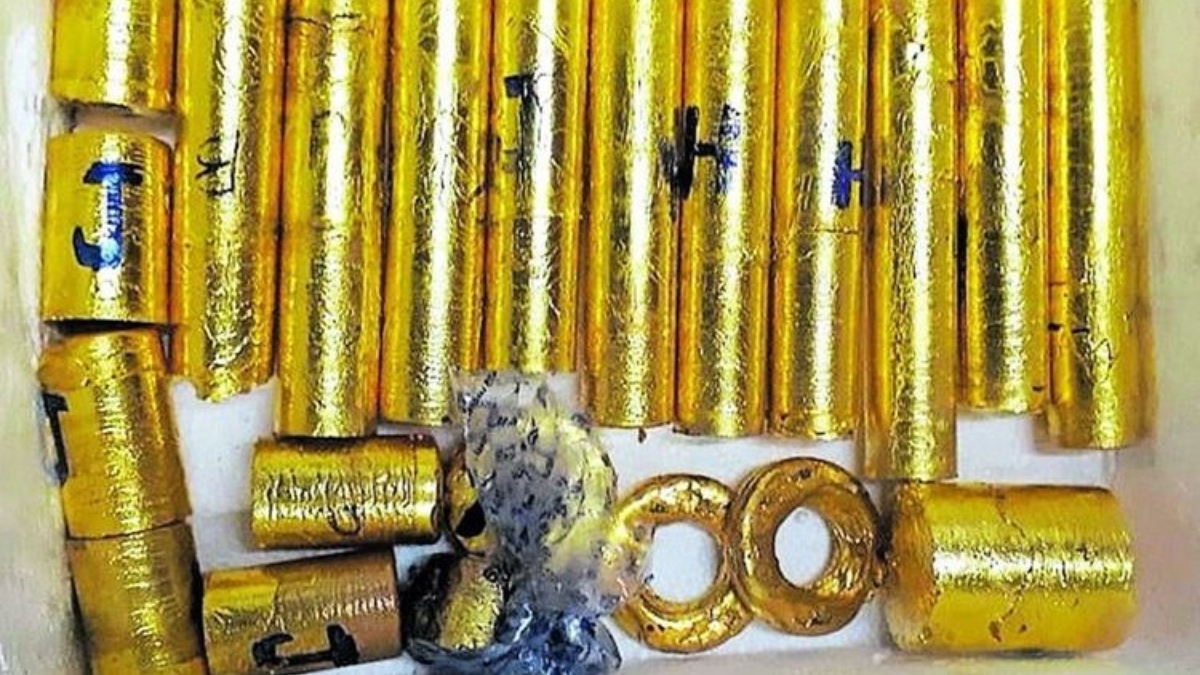 For centuries, governments and their envoys across the world have used the protection of diplomatic baggage, which forms an integral part of diplomatic immunity. This immunity has come into limelight recently with the gold smuggling incident at Thiruvananthapuram. On the 9th of July, 2020, 30 kilograms of gold was seized by The Customs Department in Kerala, India. While gold...

For centuries, governments and their envoys across the world have used the protection of diplomatic baggage, which forms an integral part of diplomatic immunity. This immunity has come into limelight recently with the gold smuggling incident at Thiruvananthapuram. On the 9th of July, 2020, 30 kilograms of gold was seized by The Customs Department in Kerala, India. While gold smuggling is not new to the State, what has stirred controversy is that this package of gold was sent via diplomatic baggage addressed to the UAE consulate in Kerala. The prime accused Sarith and Swapna, previous employees of the consulate are said to have received the baggage six times over seven months and 107 Kg of gold is said to have sneaked in via Kochi this year. This has prompted the National Investigation Agency (NIA) to take up the investigation.

According to the laws, diplomatic baggage is not subject to the routine examinations by the customs and is required to be cleared as soon as possible. In the current case, the cargo was sent under the guise of bathroom fittings, noodles, dates and biscuits addressed from Al Zatar Spices based in Sharjah. However, the customs which had already received some inside information opened the baggage in the presence of representatives of UAE consulate, a mandated procedure required to be followed. Even though the UAE consulate has strongly maintained that diplomats had no role in gold smuggling, the prime accused in the case is alleged to have given their statements to the customs implicating the UAE consulate officer.

Due to this unconditional inviolability, many countries, like Kuwait, Libya, and Saudi Arabia have entered reservations regarding the inviolability of diplomatic bag. They have reserved the right to open the bag in case of serious suspicion regarding the contents of the bag in the presence of an official linked to the concerned diplomatic mission. One of the most controversial reservations that has ever been made was Nigeria's declaration to screen all goods and persons entering Nigeria, notwithstanding any diplomatic immunity. This decision that was taken post its currency change in order to prevent smuggling or trafficking in the old notes, received widespread criticism from the western countries. On similar lines, Bahrain came up with the most radical of these reservations which reserved 'its right to open the diplomatic bag if there are serious grounds for presuming that it contains articles the import or export of which is prohibited by law' which raised strong opposition from European countries and communist countries alike.

"The person of a diplomatic agent shall be inviolable. He shall not be liable to any form of arrest or detention. The receiving State shall treat him with due respect and shall take all appropriate steps to prevent any attack on his person, freedom or dignity." Further, Article 31 of the Vienna Convention of diplomatic relations grants immunity to the Diplomatic agents from criminal and civil jurisdiction of the host country subject to certain exceptions. However, these immunities have been misused in several instances by the diplomatic agents and their families and have been a matter of concern ever since the inception of the Vienna Convention of Diplomatic Relations.

A BAGGAGE OF CRIMES.

This absolute inviolability granted to diplomatic bag fails to balance the interests between the protection accorded to the bag and the prevention of abuse of this protection, thus making it a desired container for the international transport of drugs and weaponry. For instance, one incident involved the chancellor at the Belgian embassy in India. In 1985, he reached the US, carrying a diplomatic bag, which was opened by the authorities on suspicion of prohibited contents and contained twenty-two pounds of heroin, valued in excess of US$40 million. He was later arrested by the Federal Agency and subsequently faced charges since he was not a verified diplomat in the US. Another incident of gross abuse was in 1984 when a British police constable was shot dead from the Libyan Embassy in the U.K. Subsequently, the diplomatic bags which were leaving along with Libyan diplomats weren't checked and it is believed that the murder weapon was in one of those bags as the British found adequate forensic evidence backing that the shots came from the embassy. This led to the severance of diplomatic ties between the two nations.

The abuse of this protection is not limited to drug trafficking and weaponry, but also involves more notorious abuses. One of the infamous attempts to abuse the diplomatic bag occurred in Nigeria in 1983 when the minister of transportation under the old regime who fled to London to escape trial under Nigeria's newly-established government was kidnapped from his home in London and drugged, blindfolded, and bound. The kidnappers then placed him in a crate and sent it as an "extra cargo" for an aircraft bound for Nigeria, claiming it to be a diplomatic bag. The customs officials, on noticing a medicinal smell coming from the crate, opened the crate after determining that it was not a diplomatic bag (as claimed), since it did not have an official seal. Subsequently, Nigeria declined any involvement of the Nigerian diplomats in the kidnapping. But, upon investigation by the UK officials, the Nigerian High Commissioner was declared persona non grata in London, and the head of Nigeria Airways narrowly escaped being arrested by British police. This led to the suspension of diplomatic relations between Nigeria and Britain. The controversy also weakened Nigeria's war on corruption, as Britain rejected a subsequent formal request from Nigeria to extradite Dikko and other Nigerian politicians in the UK who were wanted in Nigeria on charges of corruption. Further, four men were convicted of kidnapping Dikko (three Israelis and a Nigerian) in a trial at the Old Bailey, and were jailed. All were released and returned to their countries after serving their sentences.

A recent example of the diplomatic immunity in the Indian context is the Italian Mariners case. The orders of the Indian Supreme Court, interdicting the Italian Diplomats from leaving the country has attracted widespread criticism in the international forte on the averment that Indian Court does not have the power to issue such an interdiction on a foreign diplomatic. This, therefore, lays down an erroneous postulate in terms of legal principles and diplomacy. Another stark example of how India used this immunity is the Devyani Khobragade incident, where Ms. Devyani, being the Deputy Consular of India in the US, fraudulently obtained Visa for her maid and underpaid her. Subsequently, US pressed charges on her, since, according to U.S. laws, Ms. Khobragade can have diplomatic immunity only for acts undertaken in her official capacity. Following this, in a move that could shield Ms. Khobragade from prosecution by conferring diplomatic immunity, India reassigned her to a permanent mission to the United Nations. According to her lawyer, this will bring her under the ambit of greater legal protections compared to what she was entitled to as a deputy consul-general. This serves as yet another example of how diplomatic immunity has been abused as a tool for protection.

This failure to arrive at equilibrium between the protection under diplomatic immunity and prevention of abuse, has time and again, led to human rights violations in the receiving state. To add to the failure, the receiving state, in most cases, violates its international obligations under the Vienna Convention on Diplomatic Relations in preventing the abuse. This anomaly, as a result of absolute diplomatic protection, needs to be addressed. It is submitted that more pragmatic solutions need to be devised so that a robust mechanism for dispute settlement is built into the framework of Vienna Conventions. The Optional Protocols to the Vienna Conventions (Concerning the Compulsory Settlement Disputes), through its Article II, enables the parties to resort to arbitration, a dedicated arbitral framework. But, again the credibility of this mechanism comes into the picture, with countries like the US withdrawing itself from the settlement system when a claim is raised against it. A better and practical solution would thus be the complete overhaul of the Vienna Conventions, which will go a long way in addressing the contemporary problems. The reimplementation of the customary international practice with regard to the diplomatic bag introduces a more suitable approach by creating a balance between the opposing interests of human rights and diplomatic immunity.