Time To Derecognize 'Scandalising The Court' As A Form Of Contempt 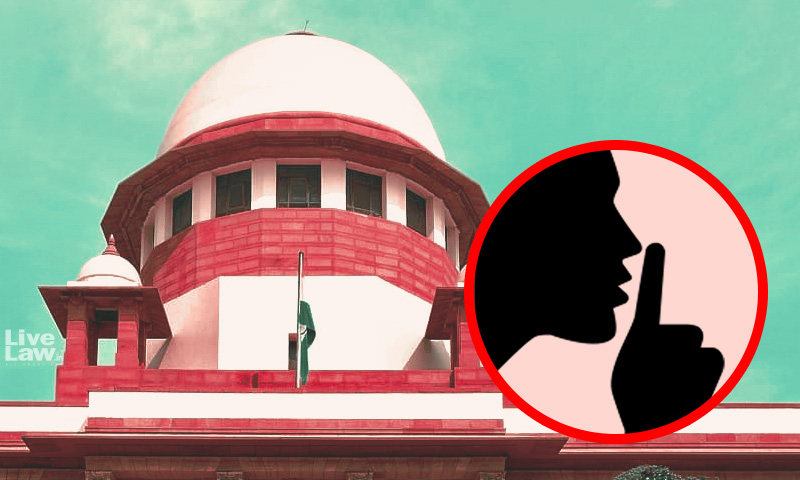 "Committals for contempt by scandalising the court itself have become obsolete in this country. Courts are satisfied to leave to public opinion attacks or comments derogatory or scandalous to them." This observation by Lord Morris in a judgment he delivered in 1899, is more relevant today given the development that journalist-writer-lawyer trio has approached the Apex Court...

"Committals for contempt by scandalising the court itself have become obsolete in this country. Courts are satisfied to leave to public opinion attacks or comments derogatory or scandalous to them." This observation by Lord Morris in a judgment he delivered in 1899, is more relevant today given the development that journalist-writer-lawyer trio has approached the Apex Court challenging constitutionality of criminalization of 'scandalization the court'.

These observations by Lord Morris were noticed by the Indian Supreme Court in the year 1953 [Brahma Prakash Sharma And Others vs The State Of Uttar Pradesh AIR 1954 SC 10] while it delivered a judgment in an appeal against the Allahabad High Court order which held six lawyers guilty of contempt of court for "scandalising the court". In that case, the lawyers, who were members of the Executive Committee of a District Bar Association, were held guilty of contempt for passing a resolution relating to the conduct of two judicial officers. However, accepting the apology tendered by them, the High Court directed them to pay costs. But the lawyers assailed this order before the Supreme Court. The Attorney-General supported their case and contended that any act or publication which is calculated to lower the authority or dignity of a judge does not per se amount to contempt of court. The legislation which was then in force was Contempt of Court Act, 1926. Referring to the history of 'contempt law', the court observed that an act or publication which "amounts to scandalising the court itself" is one kind of contempt.

The court then noted the above quoted observation in the judgment of the Judicial Committee by Lord Morris [ MacLeod v. St. Aubin [1899] AC 549, [1899] UKPC 51]. However, the bench proceeded to comment that this observation of Lord Morris that contempt proceedings for scandalising the courts have become obsolete in England was not correct. To justify this comment, the bench relied on a judgment of Queen's Bench in Reg. v. Gray which invoked its contempt jurisdiction to deal with a case of 'scandalising the courts'.
Though the Constitution bench set aside the High Court judgment and distinguished between defamation of individual judges and the offence of contempt of court, it perhaps, for the first time, recognized the English concept of 'scandalizing the court' as a form of contempt. The good part of this judgment is that it observed that if a particular act or publication is a mere defamatory attack on the judge and is not calculated to interfere with the due course of justice or the proper administration of the law by such court, it is not proper to proceed by way of contempt.
The Parliament, which codified the contempt law about two decades later, defined Criminal Contempt to include 'the publication (whether by words, spoken or written, or by signs, or by visible representations, or otherwise) of any matter or the doing of any other act whatsoever which '(i) scandalises or tends to scandalise, or lowers or tends to lower the authority of, any court.'

Although the report does not refer to the above observations made by Lord Morris, the UK Law Commission found that, in England and Wales, the offence had almost fallen into disuse by the end of the nineteenth century. It then states that the offence was only revived in two later cases in the 1930s. Realizing its obsoleteness, the Commission, concluded in its report submitted in December 2012, that the offence of scandalising the court is in principle an infringement of freedom of expression that should not be retained without strong principled or practical justification.The very next year, this recommendation of the Commission was implemented by the UK Parliament by enacting the Crime and Courts Act 2013.
Law Commission of India Report of 2018
Although the Law Commission of India took note of the report of its UK Counterpart, it said that the number of cases of criminal contempt in India highlight a different picture than that in the UK. It further observed that, in the UK, deleting the words 'scandalising the court' did not change the situation vis-à-vis such offences as they continue to be punishable under other existing statutes-the Public Order Act, 1986, and the Communications Act, 2003. It added that this is not the case in India, and that the deletion of 'criminal contempt' will leave a palpable legislative gap.
The commission also observed that curtailing the scope of contempt to only include 'wilful disobedience of directions / judgment of Court' would be undesirable because of the continuing need for deterrence against contemptuous elements. "If the provisions are so narrowed in scope, there will be a reduction in impact. Such a change in the law of contempt could potentially lessen the respect for or fear of the courts and their authority and functioning; and, there is a possibility that this may lead to an undesired increase in the instances of deliberate denial and blasphemy of the courts.", it said. It is pertinent to mention that, apart from a brief discussion about the effect of contempt law on Freedom of Speech, the Law Commission, in its report, did not discuss how it would stand the 'reasonableness' test.
Time To Derecognize 'Scandalisation' As Form Of Contempt

The origin of 'scandalizing the court' form of contempt is attributed to an English Judge, Lord Hardwicke L. C. who in his judgment in 1742 stated that one kind of contempt is scandalising the court itself. 270 years later, the UK Parliament undid this. The Indian Supreme Court in 1953 recognized this form of contempt when it observed thus: "This scandalising might manifest itself in various ways but, in substance, it is an attack on individual judges or the court as a whole with or without reference to particular cases, casting unwarranted and defamatory aspersions upon the character or ability of the judges. Such conduct is punished as contempt for this reason that it tends to create distrust in the popular mind and impair the confidence of the people in the courts which are of prime importance to the litigants in the protection of their rights and liberties."  18 years later, the Parliament gave these observations a statutory colour. In 2018, the Law Commission refused to follow its UK Counterpart and reported that it is necessary. Now, it is for the Supreme Court of India to decide whether the colonial concept which hampers free speech should still be retained in the Statute and law? Will it review the recognition given by the Constitution Bench to the 'scandalisation of court' form of contempt?

One can only hope that the Supreme Court will review its comment about the observation made by Lord Morris. Perhaps, as said by the Judge, the Courts must satisfy themselves to leave to public opinion attacks or comments derogatory or scandalous to them.
Tags#Contempt of Courts Act Contempt of Courts Scandalizing the Court Prashanth Bhushan #Advocate Prashant Bhushan
Next Story
Similar Posts
+ View more
Law Firms
+ More