Undermining Environmental Protection From Within: The Draft EIA Notification 2020 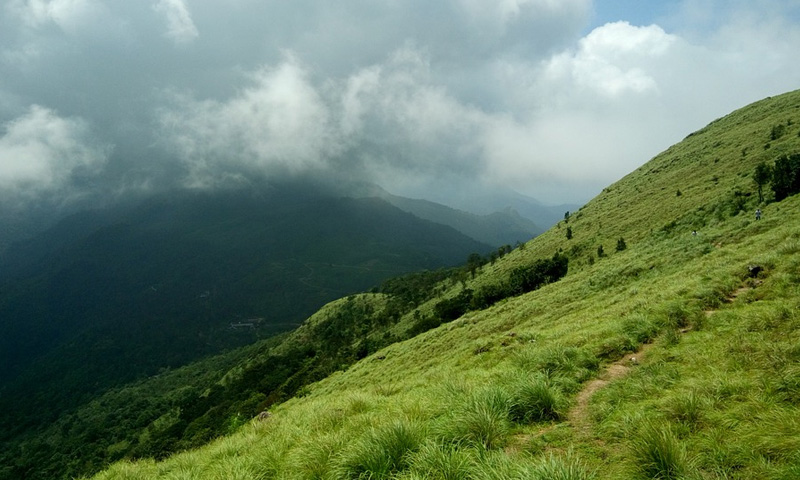 "Goals for conserving and sustainably using nature and achieving sustainability cannot be met by current trajectories, and goals for 2030 and beyond may only be achieved through transformative changes across economic, social, political and technological factors." -Intergovernmental Science-Policy Platform on Biodiversity and Ecosystem Services, 2019 The Environment Impact...

"Goals for conserving and sustainably using nature and achieving sustainability cannot be met by current trajectories, and goals for 2030 and beyond may only be achieved through transformative changes across economic, social, political and technological factors." -Intergovernmental Science-Policy Platform on Biodiversity and Ecosystem Services, 2019

The Environment Impact Assessment (EIA) Notifications were enacted by the Central Government in exercise of powers under Section 3(1) of the Environment Protection Act, 1986, and form the cornerstone of India's ecological security as far as policies go. From 1992 to the present, there have been three Notifications; the last of these, the 2006 Notification has been amended more than 50 times and clarified more than 200 times through circulars since it came into force.

The EIA process is built on the precautionary principle, which advocates that when it comes to activities that may have harmful effects upon the environment, where the scientific data may be inconclusive, the benefit of the doubt should be given to the environment, and the activity avoided.

However, the 2020 draft Notification which came out in March this year amidst the COVID-19 lockdown so radically undermines the EIA process – especially where it concerns public consultation - that it constitutes a radical break from the past which threatens the very future of environmental protection in India.[1]

That said, the EIA notification is not merely an environmental instrument. In including public consultation as well as elements of right to environmental information as one of its four main elements, it is as much a human rights instrument as an environmental law instrument. Despite the perfunctory manner in which public hearings are often conducted in real life, there are enough examples where they have been wielded as an effective tool by many environmentally conscious citizens groups and communities to raise their concerns and apprehensions about particular projects.

Similarly, the mandatory disclosure of EIA reports allows the public to access the reports without having to file RTIs. And it is this key element of the process that is proposed to be diluted the most under the proposed draft Notification. Forgoing a chance to redeem the EIA regime by making it more inclusive and people-centric, the changes threaten to remove the public from the equation altogether.

The EIA regime in India broadly divides the projects which require Environmental Clearance into Category A, Category B1 and Category B2 based on their presumed impact. Category A projects, which include capital-intensive projects such as thermal power projects and airports, have the highest impact and are to be assessed by the Central Government represented by the Ministry of Environment and Forests and Climate Change (MoEFCC). Category B1 projects are assumed to have lesser impact and Category B2 projects the least impact. They are to be adjudged by the State Government represented by the State-level Environment Impact Assessment Authorities.

Another primary distinction with regard to these categories though is the requirement of public hearing. While Category A and Category B1 projects require the projects to go through a public hearing, B2 category projects do not require a public hearing at all. In effect, the people's concerns will not be factored at all and they may not be informed that a project with potentially hazardous impact is coming up in their locality.

Mining leases below 2 ha, building construction projects with built-up area between 20,000 to 1,50,000 sq. mtrs fall under B2 category and are exempt. So are various other projects falling within notified industrial estates including chlor alkali industries, skin/hide processing units, dye and dye intermediary projects manufacturing units, all micro, small and medium enterprises, industries producing bulk drugs and intermediaries excluding drug formulations, expansion of distilleries and molasses-based manufacturing units. This is particularly alarming given how many of our industrial estates are toxic hotspots; in fact, the National Green Tribunal ordered a moratorium on 69 such industrial estates in 2019.

The proposed Notification has also removed certain types of projects from the list of projects requiring EIA studies (and consequently, public hearings) altogether; these include solar power projects and minor irrigation projects.

Time for a people-centric approach in EIA

Contradicting the notion that public hearings are not required for projects with supposedly lower impact, Hon'ble Justice D.Y. Chandrachud, in the case of Hanuman Laxman Roskar v. Union of India and others, 2019 SCC OnLine SC 441, has articulated eloquently its true purpose, "The intrinsic character of public consultation is that there is a value in seeking the views of those in the local area as well as beyond who have a plausible stake project or activity….It also recognizes that apart from the knowledge which is provided by science and technology, local communities have an innate knowledge of the environment."

It goes without saying that a public hearing is not only to hear the concerns of the local communities and people, but also to gain from them local knowledge holders. While at a macro-level a thermal power plant does indeed have higher impact upon the environment, a mining lease below 2 hectares will definitely have an impact in an ecologically sensitive region, especially so if many more such mines are already operating in the region. And it may be only the local communities who can provide that sort of knowledge, which will be increasingly crucial to tap in light of increased vulnerability to climate change and other natural disasters.

The EIA regime in India has never given local communities the right to reject a project fully if it is a threat to their lives and livelihoods, unlike under the Scheduled Tribes and Other Traditional Forest Dwellers (Recognition of Forest Rights) Act, 2006 or the Right to Fair Compensation and Transparency in Land Acquisition, Rehabilitation and Resettlement (RFCTLARR) Act, 2013. It is under the provisions of the Forest Rights Act that the Dongria Kond tribes were able to challenge successfully the clearance granted to the Vedanta Mining Corporation in Niyamgiri Hills.

Furthermore, the regime has also ignored the role of the local self-governments, the governance apparatus closest to the people. In the face of increasing climate and other natural disasters their role as front-line defenders is fast gaining recognition. The EIA regime though, fails to acknowledge that they are primary stakeholders in the process and that there is scope for integrating processes including Grama Sabhas with the public hearings. This would present a chance to increase ownership in the people as well as to create environmental watchdogs on the ground to assist the higher authorities. Unlike under the Forest Rights Act, presently the public hearings are organized by the Pollution Control Boards at the behest of the project proponent and there is no effort to integrate it with the local self-government areas or the Grama Sabhas.

In sum, the proposed Draft Notification threatens to dismantle most of the already weak EIA processes which was in place in the country. Under the garb of clarifying and bringing together in one place all recent changes, it portends to destroy the very foundation of the EIA process as well as erode the progressive environmental jurisprudence which had been carefully nurtured over the last three decades under the patronage of our Judiciary and spirited citizenry.

This is unfortunate and only the strong and informed citizenry of this country can ensure this doesn't happen. We are the ones who need to take charge and demand that we be full-time stakeholders in environmental decision-making in a post COVID world, and not mere silent spectators.[2]

The author is a former pracitioner of environment law at the National Green Tribunal, presently working in the local self-governance research and policy with the Kerala Government.  The author may be contacted at [email protected]. Views are personal only

[1] The 2020 draft Notification is up for comments from the public till Aug 11. Comments can be sent to [email protected]

[2] The 2020 draft Notification is up for comments from the public till Aug 11. Comments can be sent to [email protected]