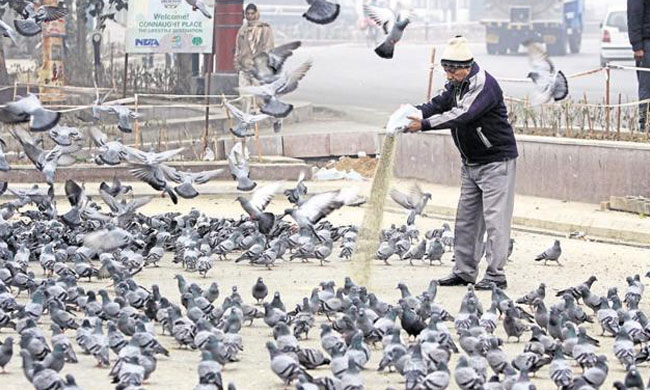 Remember the 1960s famous Alfred Hitchcock, horror/thriller film "The Birds"? For those who don't, it's about a series of mysterious indefinable bird attacks in an otherwise peaceful, sleepy town of Bodega Bay, Californiain August of 1961. The residents of the town are shocked at the sudden, unexplained congregation of seagulls and crows randomly attacking innocent citizens and even killing...

Remember the 1960s famous Alfred Hitchcock, horror/thriller film "The Birds"? For those who don't, it's about a series of mysterious indefinable bird attacks in an otherwise peaceful, sleepy town of Bodega Bay, Californiain August of 1961. The residents of the town are shocked at the sudden, unexplained congregation of seagulls and crows randomly attacking innocent citizens and even killing some. The movie, at first was not popular but with the passage of time it started getting more attention from critics and resultantly became a hit.

Now, play that movie in slow motion and you will find a somewhat similar scenario unfolding in the city of New Delhi. Drive around the city in your car and you will observe colonies of these Feral Pigeons or Columbia Livia domestica or… simply city pigeons, performing repeated robotic like, preprogrammed circular flights before landing at nearly every signal crossing or flyover. Not far away from their landing site, you will find self appointed, illegally perched grain-selling vagabonds stocking mounds of grain on the "little islands"for passersby to purchase and recklessly dump on the pigeons, as a redemption for the sins committed by them in the days that have passed by or for their prosperity.Superstitions notwithstanding, the only ones prospering in all this appear to be the pigeons !

In the bygone years, India had its own designated "Kabutarkhanas" or pigeon houses, mostly within the precincts of monuments or religious places where worshippers would feed the bird under a restricted space and time. However, now, nearly every signal crossing in Delhihas become a virtual "kabutakhana".Sadly, some Delhites think that it is a matter of right to feed pigeons, that too, in public places and far away from their own habitat.

If you're traveling by road around Delhi, It wont take long to notice that the city is under a virtual siege by these birds. There is a very serious threat to human health by the man-made multiplication of these otherwise innocent winged creatures. Stop by any traffic intersection in Delhi and you're likely to think that a tsunami of bird droppings has hit the area. Island intersections are laced with pigeon droppings, dirt and feathers which are not only harmful to human health but can cause serious injuries owing to their slippery nature.In fact, the city of New Delhi may just well be on the verge of an epidemic outbreak because the nutrient rich pigeon droppings turn dry resulting in dangerous dimorphic fungai growing on them in either yeast or filamentous form causing Histoplasmosis, a transmittable and often fatal respiratory disease. The bird feathers which get tossed around with the wind, act as carriers of the disease around the city.

A 2008 publication by the World Health Organization(WHO) titled "Public Health Significance of Urban Pests" dedicates an entire chapter on Birds and the diseases transmitted by them. Chapter 8 of the publication outlines the agents of dangerous diseases such as Chlamydophila, Borrelia burgdorferi sensulato, Campylobacter jejuni, Salmonella enterica, Histoplasma capsulatum, Cryptococcus which get transmitted from bird droppings. Another recent American study has also found that diseases such as Candidiasis, Cryptococcosis, St. Louis Encephalitis, Salmonellosis, E.colietc are transmited to humans through pigeon droppings. To elaborate, Candidiasis which is a yeast or fungus infection spread by pigeons, affects the skin, the mouth, the respiratory system, the intestines and the urogenital tract, especially the vagina. Cryptococcosis is caused by yeast found in the intestinal tract of pigeons andthe illness is said to mostly begin as a pulmonary disease and can affect the central nervous system if not treated on time. St. Louis Encephalitis, which is an inflammation of the nervous system, usually causing drowsiness, headaches and fever, can lead to paralysis, coma or death, especially targeting the elderly. Mosquitoes which have fed on infected house sparrow and pigeons spread this disease. Salmonellosis, which Indians commonly associate with eating improperly deveined prawns/non vegetarian food can most often be traced to pigeons as the disease bacteria are found in bird droppings or dust from droppings which get sucked through ventilators and air conditioners, contaminating food and cooking surfaces in restaurants, homes and food processing plants.E.coli, a common infection can be traced to pigeons feeding on faecal matter or manure.

London's Trafalgar Square, which most of us associate with the fountain and feeding pigeons alongside the lion statue, faced a somewhat similar siege (albeit on a smaller scale) by these birds. The Administration was however, quick to take action in 2001 by resorting to measures to stop the feeding. In 2003, the Mayor introduced bylaws to ban the feeding of pigeons in the Square. Finally, The Westminster City Council passed additional bye laws banning the feeding of birds in and around the Square. Although, ignorant tourists still attempt to carry on the tradition, the City of Westminster Administration has managed to contain the problem to a great extent.

Singapore, which is known for its strict laws, has enacted the Animal & Birds Act which isenforced by the Agri-Food & Veterinary Authority of Singapore. The Act prohibits the feedings of pigeons and a person can be fined upto Singapore $500 if found violating the law. Trust me, you WILL get fined in Singapore if found in violation!

Back home, apart from signal intersections and flyovers, pigeons are further nesting themselves inside homes and high rise building ducts causing infiltration into air conditioning systems thereby filtering in some of the diseases internally into building spaces. Some conscientious(and worried) residents like me,have installed bird nets over window systems in residential houses to prevent pigeons from perching and nesting under air conditioner systems and semi-open spaces.

The questions then,that arise, are:what is the remedy? What is our local Administration doing to curb this looming menace? The remedy is simple: The obvious one first-stop feeding the Pigeons; Create awareness of the health hazards;Break the artificially created food chain supply by ousting the grain sellers; and last but not the least, keep the islands clean and tidy. In that way, the ecosystem of the birds will not be disturbed and they will stop reproducing en mass at their artificial feedings spots and their numbers will slowly decrease over a period of time. The answer to the second question stares in the eyes- the local administration appears to have completely turned a blind eye to this calamity to a point where one feels that it is actually being encouraged.

Every day, new hot spots (or bird-spots) are mushrooming in the city, causing an alarming increase in the already over populated colonies of pigeons, adding to the chaos, dirt and disease on the streets, yet nothing whatsoever is being done to stop it. It might not be too adventurous to presume that more than 50% of the respiratory diseases in Delhi are actually the result of dimorphic fungai from pigeon droppings.

There is no doubt that these pigeons have a fundamental right to live and flyand that question is already before the Supreme Court, albeit in a different context of illegal confinement. However, one must apply the "reasonable restriction" test to see whether incessant feeding of these birds by human beings is not a serious health hazard to the citizens of delhi.If the answer is in the affirmative, then the illegal activity must be forthwith banned.

So, the next time you pass by any of these man made "kabutarkhanas"you might just want to roll up your windows or wear your fashionable masks least you fall prey to a health problem.It is also about time, (if not too late already), that our local Authority and Government takes up the matter on a serious note at the highest level and enacts laws/Regulations with proper and effective implementation, to prevent any further infestation by pigeons in the city. While feeding the monkeys is now banned in public, will we have to wait for another disaster to curb the Pigeon menace? Watch this space. 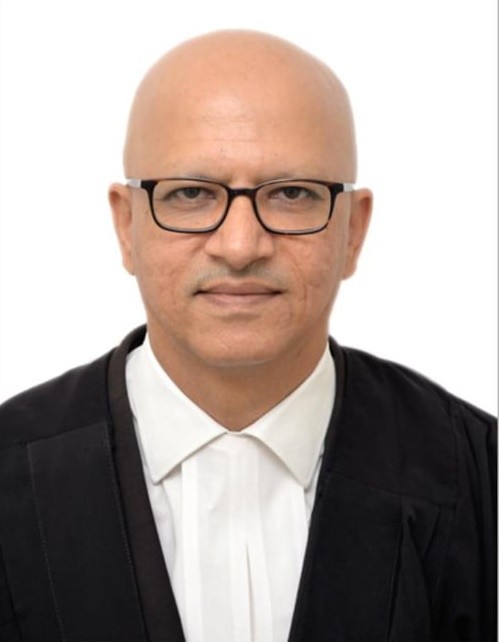 Shridhar Yeshwant Chitale is an Advocate at Supreme Court of India. He may be reached at [email protected]