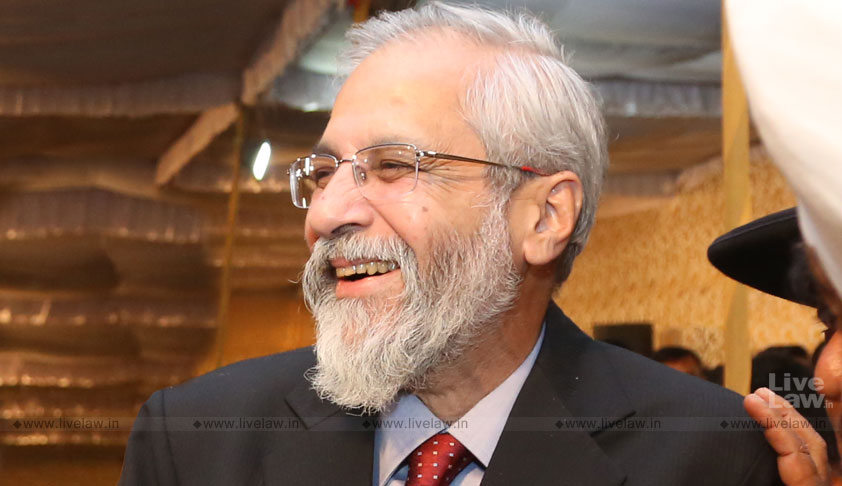 When it comes to statements on the highest court of the land, let's compare the President of the United States (POTUS) and Prashant Bhushan. For more than a hundred years, POTUS, in his different avatars, has been critical, from time to time, of the Supreme Court of the United States (SCOTUS), including its judges and more recently even the federal judiciary. Going by the view expressed by...

When it comes to statements on the highest court of the land, let's compare the President of the United States (POTUS) and Prashant Bhushan. For more than a hundred years, POTUS, in his different avatars, has been critical, from time to time, of the Supreme Court of the United States (SCOTUS), including its judges and more recently even the federal judiciary. Going by the view expressed by the Supreme Court of India (SCI) in a recent decision concerning the alleged contempt by Bhushan, these attacks can only be described as malicious and scurrilous in the extreme.

Yet, neither has the foundation of the judicial branch of the US been shaken, nor has the foundation of its constitutional democracy been destabilised by the most powerful men in the world. But two tweets by Bhushan have had that effect on the SCI, believed to be the most powerful court in the world, and thereby a destabilising effect on our constitutional democracy.

A long history of judicial dissent

Justice Oliver Wendell Holmes Jr., an associate justice in SCOTUS, was more than a remarkable judge. In a case of considerable significance, he dissented from the majority and voted against the establishment in the Northern Securities case (1904). This was the case in which he wrote the memorable words: "Great cases like hard cases make bad law. For great cases are called great, not by reason of their real importance in shaping the law of the future, but because of some accident of immediate overwhelming interest which appeals to the feelings and distorts the judgment." The dissent by Justice Holmes angered President Theodore Roosevelt so much that he is reported to have said, "I could carve out of a banana a judge with more backbone than that." Really?

The New Deal legislation of President Franklin D. Roosevelt ran into rough weather in SCOTUS. The president gave a series of radio addresses between 1933 and 1944 which were known as fireside chats. In his fireside chat on March 9, 1937 he said of SCOTUS (and its best to quote him):

Five days after SCOTUS heard and reserved judgment in March 2012 (a few months before the US presidential elections) in a case challenging what is commonly called the Affordable Care Act or Obamacare, President Barack Obama said at a news conference:

"Ultimately I am confident that the Supreme Court will not take what would be an unprecedented, extraordinary step of overturning a law that was passed by a strong majority of a democratically elected Congress. … I would just remind conservative commentators that for years what we have heard is the biggest problem on the bench was judicial activism or a lack of judicial restraint. That an unelected group of people would somehow overturn a duly constituted and passed law. Well, this is a good example and I am pretty confident that this court will recognise that and not take that step."

The case was sub judice, and reference was made to a possibly unprecedented and extraordinary step. Reference was also made to a strong majority of democratically elected Congress, judicial activism and lack of judicial restraint – issues that also exist in India.

Let's cut to February 2017. President Donald Trump ordered a travel ban on people from some countries. Resultantly, almost 60,000 visas that had already been granted had to be revoked. Judge James Robart, a United States district judge, passed a temporary restraining order which effectively gave a new lease of life to the visas. Trump tweeted:

"The opinion of this so-called judge, which essentially takes law-enforcement away from our country, is ridiculous and will be overturned."

So-called judge? Ridiculous? Another tweet followed the next day:

"Just cannot believe a judge would put our country in such peril. If something happens blame him and court system. People pouring in. Bad!"

This was followed in November 2018 by another comment by the president. In this case, a presidential proclamation to the effect that migrants who "unlawfully or without proper documentation" crossed the border would not be eligible for asylum. United States district judge Jon S. Tigar issued a temporary restraining order to which Trump reacted by telling a reporter that, "This was an Obama judge, and I'll tell you what, it's not going to happen like this anymore."

Chief Justice John Roberts apparently did not take kindly to this remark. He issued a statement on the eve of Thanksgiving. The statement was three sentences, loud and clear:

"We do not have Obama judges or Trump judges, Bush judges or Clinton judges. What we have is an extraordinary group of dedicated judges doing their level best to do equal right to those appearing before them. That independent judiciary is something we should all be thankful for."

How did Trump respond to the statement? He tweeted soon after:

"Sorry Chief Justice John Roberts, but you do indeed have 'Obama judges,' and they have a much different point of view than the people who are charged with the safety of our country. It would be great if the 9th Circuit was indeed an 'independent judiciary' but if it is why are so many opposing view (on Border and Safety) cases filed there, and why are a vast number of those cases overturned. Please study the numbers, they are shocking. We need protection and security – these rulings are making our country unsafe! Very dangerous and unwise!"

In a news conference held in our own capital city of Delhi on February 25, 2020, Trump expressed his 'displeasure' with Justice Ruth Bader Ginsburg (popularly known as RBG) and Justice Sonia Sotomayor, both associate justices of SCOTUS. He clearly stated and virtually demanded that these two judges should recuse themselves from hearing any Trump or Trump-related cases. This was in the context of a case that was due to come up before SCOTUS on the president's tax returns and financial records.

Why did POTUS say what he did? Well, it seems he was referring to remarks made by RBG in 2016 when Trump was on the campaign trail. Recalling that, Trump said:

"Well, it's very obvious. I mean, I always thought that, frankly, that Justice Ginsburg should do it [recuse herself] because she went wild during the campaign when I was running. I don't know who she was for – perhaps she was for Hillary Clinton, if you can believe it – but she said some things that were obviously very inappropriate. She later sort of apologised. I wouldn't say it was an apology, but she sort of apologised."

As far as Justice Sotomayor is concerned, the reason appears to be a statement made by her in a dissenting opinion a day earlier in which she wrote: "Claiming one emergency after another, the government has recently sought stays in an unprecedented number of cases, demanding immediate attention and consuming limited court resources in each. And with each successive application, of course, its cries of urgency ring increasingly hollow." The reaction of President Trump in the news conference was:

"And then, Justice Sotomayor said what she said yesterday – you know very well what she said yesterday. It was a big story. And I just don't know how they cannot recuse themselves for anything having to do with Trump or Trump-related. The right thing to do is that……. But her statement was so inappropriate when you're a justice of the Supreme Court. And it's almost what she's trying to do is take the people that do feel a different way and get them to vote the way that she would like them to vote. I just thought it was so inappropriate. Such a terrible statement for a Supreme Court justice."

These were direct references by the president to two named, sitting judges of the Supreme Court who were due to hear a case directly concerning him.

While Obama said what he did in March 2012 soon after oral arguments concluded in a case, Senator Chuck Schumer went a step further in March 2020. While oral arguments were going on in early March in a case challenging a Louisiana law on abortion rights, the Senate minority leader addressed a rally on the sidewalk in front of the Supreme Court building. He said: "I want to tell you, [Justice Neil] Gorsuch, I want to tell you, [Justice Brett] Kavanaugh, you have released the whirlwind, and you will pay the price." The suggestion, as understood by some, was that these judges 'won't know what hit them' if they uphold abortion restrictions.

Chief Justice John Roberts immediately reacted to this speech through a written statement: "Justices know that criticism comes with the territory, but threatening statements of this sort from the highest levels of government are not only inappropriate, they are dangerous. All members of the court will continue to do their job, without fear or favour, from whatever quarter."

That Schumer's address was over the top is also clear from Trump's reaction. The president tweeted on March 5, 2020: "This is a direct & dangerous threat to the U.S. Supreme Court by Schumer." Later, he tweeted again: "There can be few things worse in a civilized, law abiding nation, than a United States Senator openly, and for all to see and hear, threatening the Supreme Court or its Justices. This is what Chuck Schumer just did. He must pay a severe price for this!"

How did Schumer respond to this broadside? His office issued a statement: "For Justice Roberts to follow the right wing's deliberate misinterpretation of what Sen. Schumer said, while remaining silent when President Trump attacked Justices Sotomayor and Ginsburg last week, shows Justice Roberts does not just call balls and strikes."

The unknown powers of one Prashant Bhushan

Enter Prashant Bhushan. Compare his tweets with the tweets, rally speeches, news conferences and what have you from "the highest levels of government" in the US. How insignificant and inconsequential they appear. The motorbike tweet had a figurative reference to the lockdown. Was the court called upon to give a justification or was Bhushan required to give a justification? Was it necessary for the court to specify the total number of sittings held and the number of cases filed and heard during the lockdown period? In any case, it is only if we have the figures for the corresponding period in the previous years will these numbers gain significance – and the truth about the figurative lockdown will be known.

In case you're looking for an answer, let me give it to you in one word that our future generations frequently use: Chill. Because that's the effect intended.

This article was first published in The Wire. You can read it here here