The Supreme Court As A Partisan Political Construct 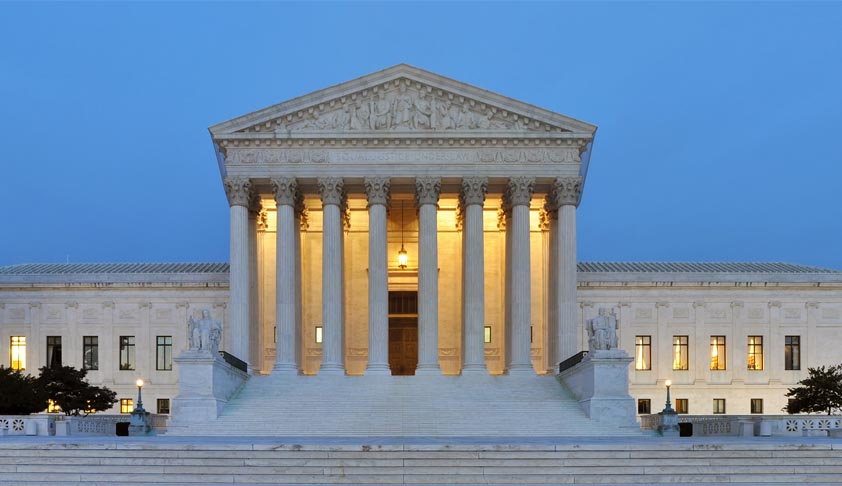 "Chief Justice William Rehnquist set back liberty, equality, and human rights perhaps more than any American judge of this generation. His rise to power speaks volumes about the current state of American values.

Rehnquist's judicial philosophy was result-oriented, activist, and authoritarian. He sometimes moderated his views for prudential or pragmatic reasons, but his vote could almost always be predicted based on who the parties were, not what the legal issues happened to be. He generally opposed the rights of gays, women, blacks, aliens, and religious minorities. He was a friend of corporations, polluters, right wing Republicans, religious fundamentalists, homophobes, and other bigots.

Rehnquist served on the Supreme Court for thirty-three years and as chief justice for nineteen. Yet no opinion comes to mind which will be remembered as brilliant, innovative, or memorable."

Dershowitz was highlighting the process of the continuous denuding of constitutional liberties on account of the politicization of the US Supreme Court from the 1980s. From the torching of 'Roe v. Wade'[1] to the gaslighting of the many settled constitutional rights, lies the story of the creation of an ideological majority by calibrated judicial appointments to make it a partisan political construct.

During the four-month long NJAC hearings before the Supreme Court of India, repeated allusions were made as to how ideal the executive-centric American system of judicial appointments was. Naïve comments were made of how despite the political nature of the appointments, judges were apolitical. What was advocated to bolster the NJAC, was the 'Myth of the Surprised President'. Even a cursory look at the history of the US Supreme Court would reveal otherwise. No president was unduly surprised.

The story of a stolen court should rightly begin with Norma McCorvey, a 25-year-old unmarried woman. With a long history of drug and alcohol abuse, she had got pregnant for the third time. She lived in the state of Texas, the bastion of conservative religious politics. She did not have the resources to travel to the progressive states of New York or California to get an abortion. She became a willing participant to challenge the Texas abortion ban. She had but one condition— her daughter from a previous relationship had to be protected. Therefore, she assumed the name Jane Roe. Thus, came about the monumental decision of the US Supreme Court in Roe v. Wade (1973), which trail blazed women's reproductive rights and the many glorious liberal judgments which followed, expanding liberties.

In the years that followed the judgment in Roe v. Wade , there was a surge of Evangelical Right-wing Christianity in America. Concerted attempts to capture the court was one of the strategies deployed by the political groups. The decision in Dobbs v. Jackson Women's Health Organisation is the culmination of this seizure. The Court held that the Constitution of the United States does not confer a right to abortion, thereby overruling Roe v. Wade. It conferred upon the individual states full power to regulate abortion. It is interesting to note that out of the 9 judges of the US Supreme Court, 6 are Catholics. Catholics constitute only 20% of the population, but as a community are stridently anti-abortion.

The 'Dobbs' judgment in one stroke upended the lives of 167 million women across the United States. Throughout America, in Republican controlled states, trigger laws are being brought into force to prevent pregnancies from being terminated. It has sounded the death knell for the reproductive autonomy of women and their pregnancies, which are now suddenly brought under the radar of the state. Yet, the fallacy rules— that the court has neither the sword nor the purse. What is ignored is that the Court certainly has the power to pronounce a ruling which becomes the dog whistle for criminal legislative action and executive oppression.

In June this year, the ideological shift of the US Supreme Court became even more explicit in the decision of Joseph A. Kennedy v. Bremerton School District. It is a significant indicator of how the Supreme Court is paving the way for endorsing and imposing majoritarianism.

Joseph Kennedy, a football coach, had a long-standing practice of conducting prayers on the 50-yard line of the football field of Bremerton High School. He consistently invited the student-athletes to join him in prayers. It did not matter to him that his county was home to Baháʼís, Hindus, Jews, Muslims, Sikhs, Zoroastrians and many other denominations of Christians as well as residents who are religiously unaffiliated. He repeatedly ignored the District Administrative Directives prohibiting "religious services, programs or assembly" in "school facilities during school hours". His dismissal from employment was set aside on the ground of the First Amendment protecting religious beliefs.

In effect, the ruling was setting at naught McCollum v. Board of Education (1948) and Engel v. Vitale (1962), which had endorsed the strict separation of the church and the state and had withstood the test of time for over seven decades. In McCollum, the Court held, "In no activity of the State is it more vital to keep out divisive forces than its schools, to avoid confusing, not to say fusing, what the Constitution sought to keep strictly apart." In Engel, the Court once again endorsed that "The philosophy is that if government interferes in matters spiritual, it will be a divisive force. The First Amendment teaches that the government neutral in the field of religion better serves all religious interests".

The dissenting judges in Dobbs v. Jackson Women's Health Organisation, namely Justices Stephen Breyer, Sonia Sotomayor and Elena Kagan, tore into the majority opinion— "after today young women will come of age with fewer rights than their mothers and grandmothers had". It is not just women who have lost their rights. For quite some time now, the conservative supermajority of the U.S. Supreme Court has been emasculating the rights of Americans. In Biden v. Missouri, they rendered incapable the Administration from implementing a Covid vaccination mandate; in West Virginia v. EPA, the Environmental Protection Agency was divested of powers to act in furtherance of the mandate to address potentially catastrophic outcomes of global warming; in New York State Rifle & Pistol Association, Inc. v. Bruen, Superintendent of New York State Police, the Supreme Court prevented attempts to restrict concealed and loaded guns from being carried publicly in US cities. Each of these verdicts is aimed at the liberties and freedoms of the citizenry.

The US Supreme Court, like every other Supreme Court in the world, is forever engaged in the great political controversies of the age. This was pithily put by the UK Supreme Court when in R v. The Prime Minister, it rebuffed the "hands off it's a political question" argument and ruled, "Many if not most of the constitutional cases in our legal history have been concerned with politics in that sense".

When judges of the US Supreme Court owe allegiance to the ideology of the fringe of a political party, the Constitution and the jurisprudence of rights are no longer sacrosanct. All those liberties and its evolving jurisprudence suddenly become subject to the one-sided political winds of the day. And the Constitution, all of a sudden, vanishes from being a secular parchment conferring rights and liberties, to becoming an esoteric document to be molded at will to suit partisan political interests and ideologies.

The relentless pummeling of well settled rights and liberties by the Court, now being perceived as politically partisan, has taken a toll on the credibility of the US Supreme Court. At the time of the death of Justice Ruth Bader Ginsberg, 66% of all Americans had put their faith in a court they believed as impartial and fair. The poll taken after 'Dobbs' shows the plummeting of the ratings to an abysmal 44%. "They have burned whatever legitimacy they may still have had" said Democratic Senator Elizabeth Warren of Massachusetts.

What this entails for the future of a partisan court falls within the realm of speculation. But it certainly does not augur well for democracy. For judicial history has shown that when the courts are of fragile conviction in their role as an impartial arbiter, then democracy is at risk. So will it be in the case of a constitutional democracy albeit 235 years old.

The author is a Senior Advocate at the Supreme Court and Views are personal.