When Heavens Will Fall For Justice To Others…? 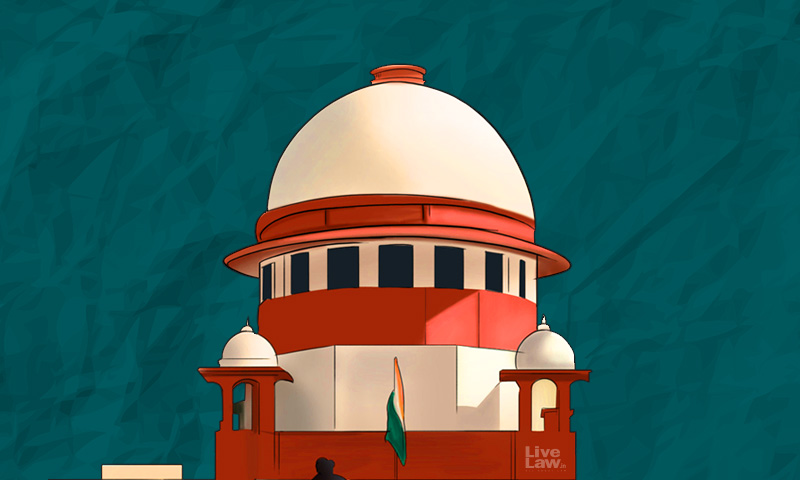 While inaugurating'Nyay Kaushal' – e Resources Centre of the country at Nagpur bench of Bombay High Court on 31-10-2020, CJI S A Bobde said: "Let justice be done, though heavens may fall."[1] However, late Justice V. R. Krishna Iyer in his famous book "Off the Bench" narrated " … the delightful account by Lord Denning of the barbaric origin of fiat justitia in Rome" which...

While inaugurating'Nyay Kaushal' – e Resources Centre of the country at Nagpur bench of Bombay High Court on 31-10-2020, CJI S A Bobde said: "Let justice be done, though heavens may fall."[1]

However, late Justice V. R. Krishna Iyer in his famous book "Off the Bench" narrated " … the delightful account by Lord Denning of the barbaric origin of fiat justitia in Rome" which goes as under;

"Let justice be done I As done in Rome

In my coat of arms, I took as my motto, Fiat justitia – Let justice be done – believing it to have a respectable origin. I have discovered that it was first used to excuse the most outrageous injustice. It comes from a story told by Seneca. Piso sentenced a soldier to death for the murder of Gaius. He ordered a centurion to execute the sentence. When soldier was about to be executed, Gaius came forward himself alive and well. The centurion reported it to Piso. He sentenced all three to death. The soldier because he had already been sentenced. The centurion for disobeying orders. And Gaius for being the cause of the death of two innocent men. Piso excused it by the plea, Fiat justitia, ruat coelom – Let justice be done, though the heavens should fall."[2]

It is not so difficult to connect the dots of the above story with the stories of today. However, the inevitable question hammering in our minds is: when heavens will fall for justice of hundreds of our citizens, who are deprived of personal liberty. Many are languishing in jail without any effective or early hearing. They are not at fault. So, in the quest of justice: where are we marching?

More particularly, in light of recent two quotable quotes of this week from CJI S A Bobde:

"We are trying To Cut Down Article 32 Jurisdiction"[4]

The CJI might have thought of discouraging people approaching the Supreme Court directly when same remedy is possible through High Courts. But when the Chief Justice of India makes, the judicial and administrative head of Indian Judiciary makes such remarks on Article 32, in open court, its impact is huge and message is negative.

Article 32 is not contextual or conditional. Dr.B.R.Ambedkar had said with an assertion that: 'If I was asked to name any particular article in this Constitution as the most important – an article without which this Constitution would be a nullity – I could not refer to any other article except this one [Article 32]. It is very soul of the Constitution and the very heart of it."

On 11-11-2020, Justice D Y Chandrachud remarked during the course of hearing in Arnab Goswami case: "If we as a constitutional court do not lay down law and protect liberty then who will?" "If this court does not interfere today, we are travelling on the path of destruction…"[5]

And just after five days, we hear from CJI Bobde about discouraging petitions under article-32 and cut down the jurisdiction of it. People familiar with the Indian Supreme Court know that notion of justice and modes of execution vary from judge to judge. The Supreme Court itself has proved this in many cases.

After the interim bail granted to Arnab Goswami, the people's jury is out. Mixed reactions and public opinion is divided vertically. Thousands of lawyers across the country felt that this is a case of preferential treatment, more particularly, in listing the matter for hearing and duration of hearing.

An ordinary lawyer knows that, in this troubling pandemic time, how it is so difficult and sometimes almost impossible to list the matter instantly for an urgent hearing. How and what magic worked in case of Arnab Goswami is still remaining in mystery. Recently former Delhi High Court Justice Rekha Sharma also mentioned in her column that "… According to the records available with the SC registry, Goswami's petition reportedly had nine defects, and even the Vakalatnama was unsigned, yet it was listed on the day following its filing..."[6]

There is an old saying: Law is an Ass. Now, we can say: Justice is an odd thing. Everybody can't get it evenly and easily. It is further said: 'sometimes truth is stranger than fiction', but Justice is more fiction and less fact.

One can't blame people, if they arrive at a conclusion that, heavens will not fall and nothing untoward or harmful or serious will happen, if other cases of bail are not decided in time and even if interim bail has not been granted. As legal fraternity knows, luck or chance is vital for success in certain cases, apart from hard work.

The people are now aware that, priorities, selection of listing the matters and its hearing as well as the duration of hearing are the pure discretion of the Judges, who adorn the bench.

Arnab Goswami's matter took almost a day of the Supreme Court, because too many important and substantial questions of law involved…! None can't blame justice Chandrachud for it, probably he may be the most patient judge in the present day supreme court, but the out of turn listing and full day argument sends negative signals as we say always, "Not only must Justice be done; it must also be seen to be done." At least to thousands of similarly situated accused.

Young lawyers, who are going to appear before the High Courts or the Supreme Court in initial years; seniors used to advise them: 'Do your best and leave the rest. Even if you lose, don't be disheartened. What is the worse that could happen? It's not that big deal. If you get notice, good, if you get stay, better, but if your case is dismissed, you will learn a lesson and the lesson, you learn, build your career.

I have to write this, because many right-thinking people are disappointed only for the reason that Arnab Goswami got immediate hearing. Many are not disturbed by granting of his interim bail and feel that rightly granted, but by listing the matter in a lightening speed and envious opportunity of exhaustive hearing, which could never be available to ordinary citizen, who used to be represented by an ordinary advocate.

An advocate, who is having a limited reading and/or restricted understanding cannot expand Article-32's interpretation, though, judges could.

Therefore, justice is a complex phenomenon. It cannot grow equally or horizontally with extreme diverse views of the same court. Fortunately, this time, High Courts have started following the ratio laid down by Justice Chandrachud led bench, the bench emphasized: '… There has to be message to HCs – Please exercise your jurisdiction to uphold personal liberty. We are seeing case after case. HCs are failing to exercise jurisdiction. People are in jail for tweets!"…[7] These remarks is as good as judicial command by the Apex Court and so, it must follow to uphold the spirit of our Constitution, for which, we all are feeling very proud and honored.

(Author is a practicing Lawyer in the High Court of Gujarat)

[2] Indian Judicature – Millennial Transformation, page no.25 – Off the Bench