When The Dust Settles: An Ode To India's Incarcerated 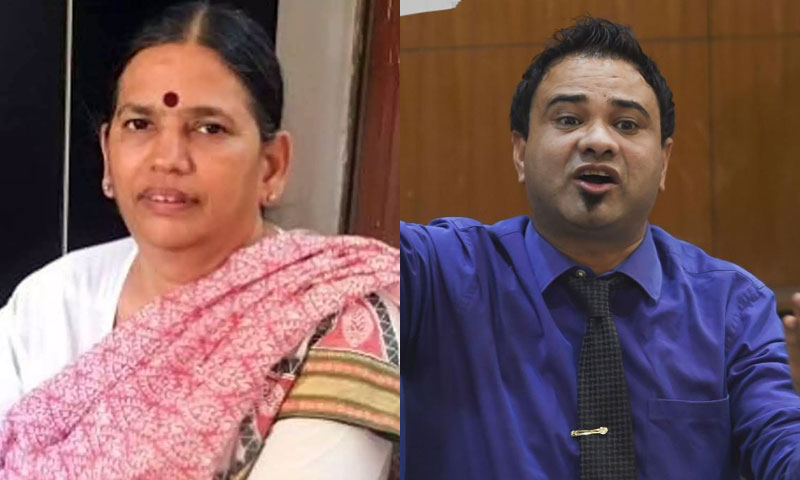 This story has been told before. But it is important that it be told at every given opportunity. This is the story of how the state subverted the rule of law to stifle dissent. This is a story of how the judiciary in part – abetted – and in part – thwarted the state's attempt to incarcerate those who dared to speak against its excesses. Above all, it is a story of the resilience...

This story has been told before. But it is important that it be told at every given opportunity. This is the story of how the state subverted the rule of law to stifle dissent. This is a story of how the judiciary in part – abetted – and in part – thwarted the state's attempt to incarcerate those who dared to speak against its excesses. Above all, it is a story of the resilience and unrelenting courage of those incarcerated.

Two legislations have been deployed by the executive to lend credence to these incarcerations. The Unlawful Activities (Prevention) Act, 1967 ('UAPA') and The National Security Act, 1980 ('NSA'). Besides these, the Jammu & Kashmir Public Safety Act, 1978 ('PSA') has been used to detain former Chief Ministers and other political leaders in Jammu & Kashmir. These laws are distinct from the standard criminal procedure, in that they provide for detention up to a year without charge or trial. What characterizes these acts are the loosely worded definitions of words such as – "unlawful activity" in the UAPA, "security of state", "public order" and "defence of India" in the NSA. While the executive has historically abused and continues to abuse the vagueness of these words, it is within the remit of the courts to ensure that these legislations are not misused to silence contrarian voices. The jury is out on how successful the courts have been in achieving this.

The UAPA has been used to jail, amongst others, an octogenarian poet (who eventually tested positive for Covid-19 while in jail), a tribal-rights lawyer and a pregnant research scholar alike. The NSA has been seen to be used by the Uttar Pradesh Government to extend the detention of those who were otherwise granted bail by courts, almost vengefully. Two recent events that triggered the executive's clampdown were the Bhima Koregaon violence and the Anti-CAA protests.

Last year, Sudha Bharadwaj, a tribal-rights lawyer, was celebrated by Harvard Law School as a "woman inspiring change" while she languished in jail, courtesy being booked under the UAPA for her alleged involvement in the Bhima Koregaon violence. In 2013-14, she was offered to join the Bench at the Chhattisgarh High Court. She declined in order to continue fighting for tribal rights. She was also a visiting faculty at the National Law University, Delhi. The breadth of accusations against her are innovative and wide-ranging with no concerete evidence to back them up – from planning to assassinate the Prime Minister to the Bhima-Koregaon violence being her brainchild. On 28th August, she completed two years in jail. She has been denied bail four times since her arrest and her trial is yet to commence. She is part of a group of 12 people – academics, poet, lawyers et al incarcerated under the UAPA in connection with the Bhima Koregaon case. Justice Chandrachud had noted in his dissenting judgment in a Petition seeking the appointment of a SIT for investigating the case that there is a real likelihood of derailment of a fair investigative process in the case.

The most prominent arrest amongst the many Anti-CAA protestors who were arrested was that of Dr. Kafeel Khan. He was picked up from the Mumbai airport and jailed in Mathura by a special team of the UP Police in January 2020 after a speech he made at an Anti-CAA gathering in Aligarh in December 2019. Upon being granted bail by the Magistrate in February, he was immediately booked under NSA, ensuring he remained incarcerated, The Supreme Court transmitted a habeas corpus petition before it to the Allahabad High Court. On 1st September, the High Court revoked the NSA charges against Khan. It ordered that Khan be released immediately, having spent 217 days in jail. In doing so, it held that Khan's speech was a call for national integrity and unity. It could not be read to promote hatred or violence. Importantly, the Allahabad High Court reiterated that preventive detention was an exceptional mode to curtail liberty and that the "subjective satisfaction" of the detaining authority does not mean its whim or caprice.

In the court's judgment, there is hope. Hope – that more courts will follow suit. Hope – that a relentless onslaught by the executive on well-meaning citizens will be halted by the courts. Hope – that liberty will not be compromised – and when compromised – will be restored by the courts. Hope – that when the dust settles, those incarcerated will meet freedom. Freedom hyphenated by a justice system that can fail its people when subdued by the executive – but – is their last hope to achieve the liberty constitutionally guaranteed to them. Hope, in the words of Percy B. Shelly, that "If Winter comes, can Spring be far behind?"

This piece, on a day that marks two years since Gauri Lankesh was shot dead, is a tribute to the ones named here and otherwise, who continue to remain incarcerated. When the dust settles, you shall meet freedom.

(Zaid Sufi Wahidi practises law at the Bombay High Court. He may be reached at [email protected]. He tweets @zaidwahidi.)