When the Supreme Court Sat Outside New Delhi 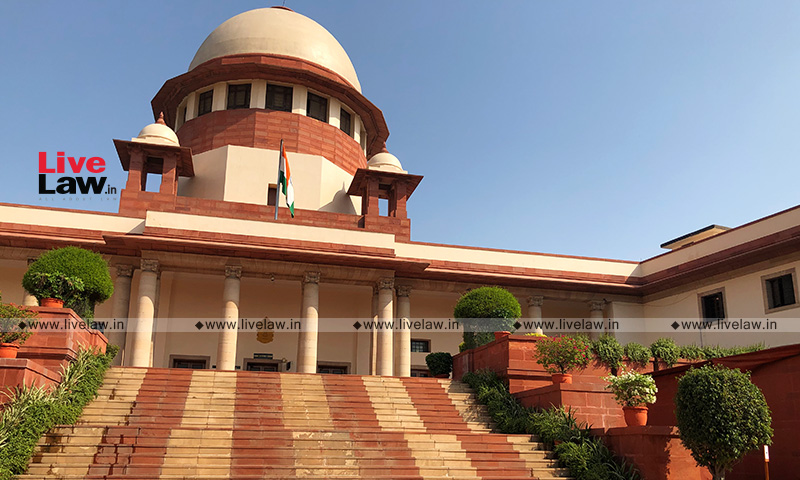 The Supreme Court of India recently upheld the constitutionality of the National Green Tribunal Act, 2010 (Madhya Pradesh High Court Advocates Bar Association v. Union of India, W.P. (C) 433 of 2012). The petition had challenged the constitutionality of Section 14 read with Section 22 of the Act, which provided that any person aggrieved by the decision of the tribunal must approach the Supreme Court directly. They argued that a direct appeal to the Supreme Court as against a challenge before the High Court, was against the Constitution. The purpose of this post however, is not to discuss the judgment or its legal reasoning but an interesting observation made by the Court.

The petition in question had prayed for creating benches of the National Green Tribunal at places where the principal seat of the High Court exists. The justification behind this prayer was that the Supreme Court was inaccessible for many litigants, since was located in New Delhi. While dismissing this contention, the Court observed,

"30. It must also be underscored that the ground raised by the Petitioners about Supreme Court being inaccessible, would equally apply to litigants, from all across the country, who have to travel to the Supreme Court, either by way of Article 136 or Article 32 or any other provision. Despite the provision under Article 130 of the Constitution, the Supreme Court has no other bench away from Delhi. In these circumstances by pleading inaccessibility, the petitioners are also incidentally questioning, the location of the Supreme Court at New Delhi. Such a contention on the face of it would be irrational and not acceptable."

No court can give a direction either to the Chief Justice of India or the President to exercise the power conferred under Article 130 and to pass an order appointing Indore and/or any other place or places in India as the seat/seats for the sitting of the Supreme Court as sought by the petitioners in the Writ Petition."

Contrary to popular opinion, the Court has in fact sat outside New Delhi twice. As per 'Courts of India: Past to Present', the Court under the respective tenure of Chief Justice Kania and Mahajan, sat in Hyderabad and Kashmir.

Article 374(4) of the newly enacted Constitution transferred the appeals pending before the Privy Council in some states to the Supreme Court of India. It read,

"(4) On and from the commencement of this Constitution the jurisdiction of the authority functioning as the Privy Council in a State specified in Part B of the First Schedule to entertain and dispose of appeals and petitions from or in respect of any judgment, decree or order of any court within that State shall cease, and all appeals and other proceedings pending before the said authority at such commencement shall be transferred to, and disposed of by, the Supreme Court."

As a result, appeals from Kashmir and Hyderabad pending before the Privy Council were transferred to the Supreme Court. The records and documents concerning these appeals were in Urdu and were extremely bulky. The process of first translating them and then conducting a hearing in New Delhi would have entailed significant time and expenditure. To avoid this, Chief Justice Kania constituted a bench of Justice MC Mahajan and two ad-hoc Judges i.e., Justice RS Nail and Khalil Ul Zama Siddiqui (both were Judges of the Andhra Pradesh High Court) for deciding the batch of appeals from Hyderabad. Article 127 allows the Chief Justice to appoint a Judge of a High Court as an ad hoc Judge of the Supreme Court.

Similarly, in the year 1954, the Kashmir batch of these appeals were taken up. Chief Justice Mahajan constituted a bench consisting of himself, Justice SR Das and Justice Ghulam Hassan, which sat fortnightly in Kashmir to decide these cases. This was an effective way to dispose cases swiftly and save both the litigant and the Court's time. In fact, Dr. Ambedkar during the Constituent Assembly seemed open to operation of circuit benches of the Court. While answering a question by member Jaspat Roy Kapoor i.e., "Will it be open to the Supreme Court so long as it is sitting in Delhi, to have a circuit court anywhere else in this country simultaneously?", Dr. Ambedkar responded "Yes, certainly."

Despite Article 130 containing the possibility of circuit benches or a different seat for the Supreme Court, the judiciary has been reluctant to enforce the provision. The Law Commission in its 229th Report had suggested setting up a Constitution Bench of the Court in New Delhi and four other benches in different regions i.e., Northern region in Delhi, Souther region in Chennai/Hyderabad, Easter region in Kolkata and Western region in Mumbai. However, this idea did not find favour with the Judges of the Supreme Court. Recently, Law Minister Kiren Rijiju while responding to a question in Rajya Sabha said that the top court has not been in favour of the move to create separate benches. He said,

"The Supreme Court has consistently not agreed for setting up benches of the Supreme Court outside Delhi. The above recommendation of setting up of Benches was referred to the Chief Justice of India for consideration. The Chief Justice of India, in his letter dated 12th August, 2007, informed that after consideration of the matter, the full Court, in its meeting held on 7th August 2007, found no justification for deviating from its earlier resolution on the subject and unanimously resolved that the recommendation made by the Committee cannot be accepted."

A key argument rejecting this demand was a lack of precedent, however, this post shows that this claim is baseless.