Who Will Impeach The Judges 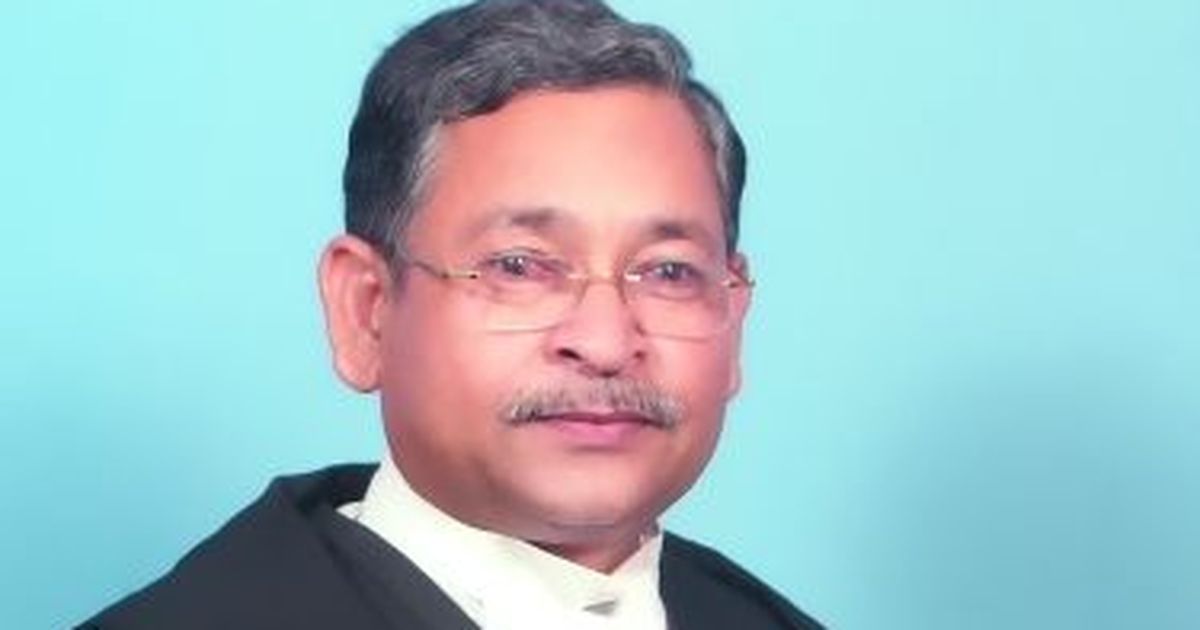 Justice S. N. Shukla, a judge of Allahabad High Court retired on 17 July 2020. He was indicted in an alleged Medical college admissions scam highlighted in 2017. The alleged scam involved some Medical colleges that were not allowed to function by the Medical Council of India which is the regulating body for medical education in the country. It is said that a middleman allegedly assured...

Justice S. N. Shukla, a judge of Allahabad High Court retired on 17 July 2020. He was indicted in an alleged Medical college admissions scam highlighted in 2017. The alleged scam involved some Medical colleges that were not allowed to function by the Medical Council of India which is the regulating body for medical education in the country. It is said that a middleman allegedly assured the college owners that the courts would allow them to run their colleges. The colleges then allegedly paid to the middleman to get a clearance. The scam was prominently highlighted by the media. A three-member committee, headed by Justice Indira Banerjee, the then Chief Justice of Madras High Court, was constituted by the then Chief Justice of India Mr. Dipak Misra to look into the allegations. Justice S. K. Agnihotri, the then Chief Justice of Sikkim High Court and Justice P. K. Jaiswal, the then judge of the Madhya Pradesh High Court were also the members of the Committee which found sufficient substance in the allegations against the judge and recommended action of removal against him by concluding that "the aberrations complained of are serious enough to call for initiation of proceedings for his removal". Having considered the report of the Committee, the then Chief Justice of India Dipak Misra advised Justice Shukla either to resign or take voluntary retirement but the latter refused to accept the suggestions made by the Chief Justice of India.

The Chief Justice of India advised the Chief Justice of Allahabad High Court to withdraw the judicial work from Justice Shukla in 2018. The judicial work was withdrawn from Justice Shukla in the Lucknow Bench of Allahabad High Court. As the Chief Justice is master of the roster, he has power to allocate cases to the judges. Except this, he has no other disciplinary power against a judge. In addition to this, the then Chief Justice Misra also wrote to the President and the Prime Minister to initiate the removal proceedings against Justice Shukla. It is pertinent to mention that under our constitutional scheme a judge of the Supreme Court/High Court can be removed only on the ground of proved misbehaviour or incapacity by the President if Parliament passes a resolution to that effect by the special majority. The complaint about misbehaviour or incapacity against a judge has to be proved under the Judges (Enquiry) Act, 1968. A removal motion may be brought in any House of Parliament, it should be signed by 100 members in case of the Lok Sabha or 50 members in the case of Rajya Sabha is to be given to the speaker or the chairperson who then constitutes a three-member committee to investigate the charges against the judge. The Committee should consist of the Chief Justice or judge of the Supreme Court, a Chief Justice of a High Court and a distinguished jurist. If the Committee finds the judge guilty of the charges of misbehaviour or incapacity, the House in which the motion was introduced, can take up the motion for consideration. Once the House in which the removal motion was introduced passes it with a special majority, it goes to the second House, which also has to pass it with the special majority. After the motion is passed by both the Houses of Parliament by the special majority, an address is presented to the President for removal of the judges and then the President passes an order removing the judge. This is how a judge of the Supreme Court/High Court can be removed from his office in our country. In this whole process the Chief Justice of India has no say. He can only bring the matter to the knowledge of the government which can take the matter to Parliament. But in Justice Shukla's case, it seems that the government forgot this process and allowed him to retire peacefully with all retiral benefits. No judicial work was given to him for more than two years. Will it not harm our judicial system? I am asking this question to myself. Should the judges not be treated equally like other citizens? They should obviously be treated equally as per the mandate of the Rule of Law and our equality jurisprudence.

As per the ruling of the Supreme Court delivered in the Veeraswamy case in 1991, a High Court/Supreme Court judge cannot be investigated by the CBI or any other agency without the prior permission of the Chief Justice of India. Even a FIR cannot be registered without the prior assent of the Chief Justice of India. However, the Constitution does not provide any such immunity to the judges. This protection is rightly created by a judicial verdict to protect the independence of the judiciary. Judges need independence to discharge their judicial functions but nobody should be permitted to misuse this protection because of these safeguards. Chief Justice Gogoi also wrote to the Prime Minister to bring the removal proceedings against Justice Shukla in Parliament. But again, nothing happened and Justice Shukla enjoyed his high judicial office and left it without any punishment.

Needless to say, Justice Shukla's continuance in high judicial office did not give a good message to the legal community and the public at large. It certainly sets a bad precedent which undermines the collective dignity and integrity of our judicial system. It is surprising to note that despite the recommendations of two Chief Justices of the country, the Prime Minister or the Law Minister did not find time to consider Justice Shukla's removal from the high judicial office. This reflects the poor state of affairs of our constitutional system. It is well-known that the government does not take even a few hours to suspend a government officer if he/she commits any misconduct and if he is found guilty in the disciplinary proceedings, he loses his job and also faces criminal proceedings. But here is a strange case when a three-member committee of the judges found substance in allegations against a High Court judge and the head of the government did not think it appropriate to take the matter to Parliament. Is a High Court judge above the law? As mentioned earlier, a High Court judge can be removed by the President only when Parliament passes removal address against him by majority. The opposition parties do not have majority in Parliament. It is very difficult, if not impossible, to impeach a judge without the support of the government in power. It was obviously the ruling government which was required to initiate the process given its majority in the Houses of Parliament. But no action was taken against a tainted judge. I am unable to understand the reasons. Does the government want to give safe passage to tainted judges? This is how we would make India a great country. Is it our idea of justice? It would cause an irreparable damage to the judicial system in our country. This was not the dream of our great founding fathers who gave us a great Constitution. They had envisioned a free and fair judiciary that could deliver justice without any hesitation or obstruction. Unfortunately, the political custodians of the Constitution have badly failed to protect the judiciary.

Someone has rightly said that the biggest strength of the judiciary is people's trust and this kind of bad developments reduce the public trust in the institution of the judiciary. The people of the country hold the judiciary in high esteem. They knock the doors of the courts of justice when other branches of the state disappoint them. If they lose faith in the judiciary, our legal system cannot survive. The Supreme Court has said on many occasions that society's demand of honesty in a judge is exacting and absolute. The standards of judicial behaviour and conduct, both on and off the bench, are normally extremely high and a judge who deviates from such standards betrays the trust reposed on him. It is rightly said that a single dishonest judge not only dishonours himself and disgraces his office but jeopardizes the integrity of the entire judicial system.

Sadly, our judicial system is losing its credibility day by day. This is not good for our democracy. During the last few years, the confidence of people in the judiciary has certainly been reduced up to a large extent and this is a matter of great concern. It causes a big threat to the independence of the judiciary and the rule of law. The Constitution provides safeguards to the judges so that they could discharge their judicial functions without fear or favour. Nobody should be allowed to use these safeguards as shields. Once the Chief Justice of India wrote to the Prime Minister, it was his constitutional duty to refer the matter to Parliament for necessary action. There was no justification to ignore the advice of the Chief Justice of India. This matter was squarely covered under the jurisdiction of Parliament and Parliament was duty bound to discharge its great constitutional function.

Under our constitutional scheme, the Chief Justice of India has limited options against erring judges. The High Courts are not subordinate to the Supreme Court. However, their decisions are appealable to the Supreme Court. The Chief Justice of India is not the master of the High Court judges. They are constitutional functionaries who hold certain constitutional protections. However, the Supreme Court collegium led by the Chief Justice of India can transfer a judge from one High Court to another but no High Court would like to receive a tainted judge. The second option is to withdraw the judicial work from him by the Chief Justice of the High Court. In this case, the judge drew full salary and benefits without doing any work for more than two years. There is no provision of suspension of services of a High Court judge under our Constitution. Had the government taken a timely action of removal against Justice Shukla, it would have been given a strong message to society about its commitment to the cause of corruption-free governance. Zero tolerance for corruption is need of the hour. Sadly, the government badly failed to give any such message. Who will impeach the judges? It is only the Parliament, not the judiciary. The Parliament should have been acted promptly in this matter. It goes without saying that by remaining silent about this matter, the government becomes complicit in the hurt caused to both the institution of the judiciary and its image. It lends itself to a perception of double standards in our constitutional system which cannot be appreciated. Judges are not above the law. Law is the king of kings.

(Author is a practising Lawyer at Supreme Court of India)