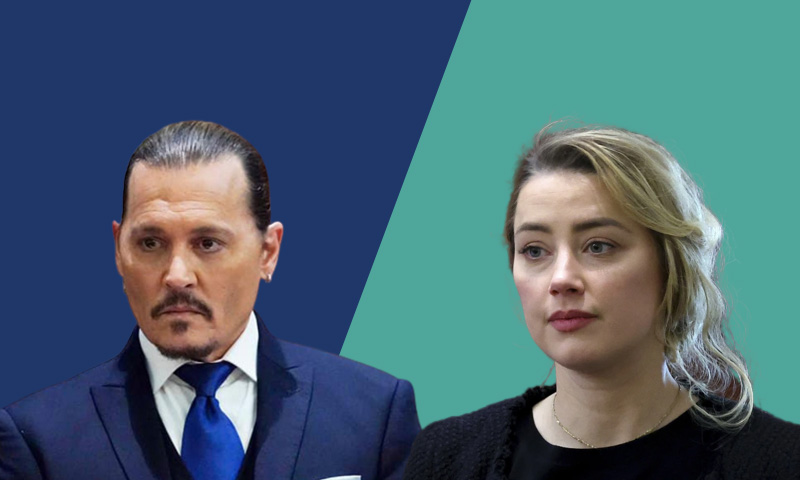 What happened to Amber Heard is nothing new or unusual. The juries are very often not right. A jury can be misogynistic, racist, class conscious, star struck or even suffer from a Stockholm syndrome.

Now that begs the question what was the Amber Heard trial about? This was a second suit filed by Johnny Depp claiming damages for defamation against his former spouse, Amber Heard. He had filed an earlier suit for defamation in the U.K for an article published in the Sun magazine which carried an article calling him a "wife beater". In the present suit Depp sued Heard for having written a op-ed piece for the Washington Post titled "I spoke up against sexual violence – and faced our culture's wrath". It was a carefully worded and delicate piece on the kind of violence that she and other women across the globe experience, but rarely acknowledged. The article did not name Depp.

That brings us to the sequitur, what did Heard have to prove to dislodge the suit? The answer plain and simple was the truth that domestic abuse was committed. That is precisely what a British judge enquired into and pronounced upon when Depp brought a suit against the Sun magazine just two years ago. The British court after looking into the evidence found that Depp had physically abused Heard on at least 12 occasions and that the Sun's characterization of Depp as "a wife beater" was "substantially true". The difference lay not the quality of evidence but the fact that in the UK it was then tried by a judge and in the USA by a jury consisting of 5 men and 2 women. The jury trial in USA allowed Depp's lawyers to attack her character, which tactic was repelled by the judge in the UK. Rightly so, as the question in this defamation trial is, was and should have been if the allegations of domestic violence are true and nothing else.

The concrete expression of the faith in the jury was found in the Magna Carta 1215, which guaranteed that no free man will be made to suffer punishment without "the lawful judgment of his peers". The Carta wanted to do away with partisan judges who were feared as hatchet men of the king. History shows that juries did prevent men and women from being hauled up and hung, guillotined or quartered by refusing to do the bidding of the monarch.

But juries have down the ages have also caused unimaginable cruelty upon victims who belonged to the fairer sex, the underprivileged races, those of unacceptable sexual orientation or those believing in unpopular religions.

A case in point is the defamation suit filed by Harold Laski, the prominent British Labour Party leader, intellectual, and the author of the iconic work 'Grammar of Politics'. He was outrageously accused of by a British weekly of having advocated revolution by violence and hence being guilty of treason and felony. The jury found that no libel has been committed on the strength of a tortuous cross-examination conducted by Sir Patrick Hastings constantly extracting 'yes' or 'no' answers. The tragedy was that, like all trials, the object was never the truth. For the truth was freely available in most libraries across the globe which possessed Laski's works.

The trap of the binary in the trial of Amber Heard like that of Harold Laski's trial, makes both the truth and the fact in issue redundant. So the jury in Amber Heard's trial, was made to feel that the choice lay in 'flawless evidence proving Heard suffered violence' or 'she was a liar'.

The Scotsborro trial in 1931 amplified to the world the extreme racial bias built into jury trials. 9 African-American teenagers were accused by a lynch mob in Alabama of raping two white women. They were indicted by an all-white jury in Scottsboro, Alabama. Incidentally, there was absolutely no medical evidence that rape had ever taken place. For the third time, after a US Supreme Court intervention, a reconstituted jury, with only one African-American member, again returned a guilty verdict. The fact remains that for juries, pure racial prejudice could substitute justice. That is displayed in contemporary jury judging also.

Amber Heard, like many a woman before her was unnaturally expected to state in evidence every minutiae of the traumatic violence she faced with cinematographic precision. Certainly not a requirement of civil law but a necessity for the freewheeling lenses of the Fairfax jury. The cross examination excoriated her whole being without the judge restraining on count of irrelevancy. Her evidence was expected to be etched on steel, not to be dented or doubted in the faintest manner. Heard, like most women down the ages, was always on the cross before the jury and also by a viciously partisan and misogynist social media.

There are generally no witnesses in most domestic violence cases. So it was in Heard's case. However, technology came to her assistance. In the midst of all the violence, she could record on her mobile phone footage of an enraged Depp breaking up the kitchen. The jury also saw the sms texts sent by Depp to a friend wanting to drown or burn Heard, and his necrophiliac text which read.""I will #### her burnt corpse afterwards to make sure she's dead," . Surprisingly, the US jury ignored each one of these instances which constituted domestic violence under the US law as much as it did under U.K. laws in 2016.

To make matters worse, it was a televised trial with millions of fans baying for Amber Heard's blood. Heard's depositions were converted into mocking and abusive memes, TikTok reels and social media rants not by Depp fans alone, but also his celebrity friends and even fashion brands like Duolingo and Milani. These were circulating by the millions on public platforms. It is to be remembered that this was an unsequestered jury which was right through the trial having access to all derision heaped against the Heard. Enormity of the risk of the social media influence on the jury can be seen from the fact that the hashtag #justiceforjohnydepp received 19bn views. As Moira Donegan of the Guardian rightly put it, Heard was subjected to "an orgy of misogyny".

Depp chose his adversary carefully this time. He did not sue Washington Post, for then he would have been up against a vastly enhanced caliber of lawyers. The argument of impediments posed by New York Times v. Sullivan (1964) is a spurious ruse. He had sued the Sun in U.K and lost.

Depp is certainly not the first man of power and pelf to succeed against an accuser. Bill Cosby, Dominique Strauss Khan and many other powerful men have all succeeded against and humiliated their women accusers before him. But Depp certainly is the first one to demonstrate to womanhood that a defamation suit is an instrument that can pauperize them.

The verdict to award 15 million dollars is not just baffling. The scale and intensity of the punishment not just shocks but also, shakes the foundation in the belief of the fairness of the jury system.

This jury will certainly go down in history as one of the most infamous juries of all time. For they have most savagely mutilated the lone and forlorn right of women to speak of their abuse after centuries of struggle. As long as misogyny is allowed to prevail in the justice system, not just Amber Heard, but women - almost half our human race - will suffer this spectacle which parades as justice.

The author is a Senior Advocate in the Supreme Court of India. Views are personal.