Why Victim Cannot Seek Enhancement Of Sentence U/s.372 Of The CrPC? 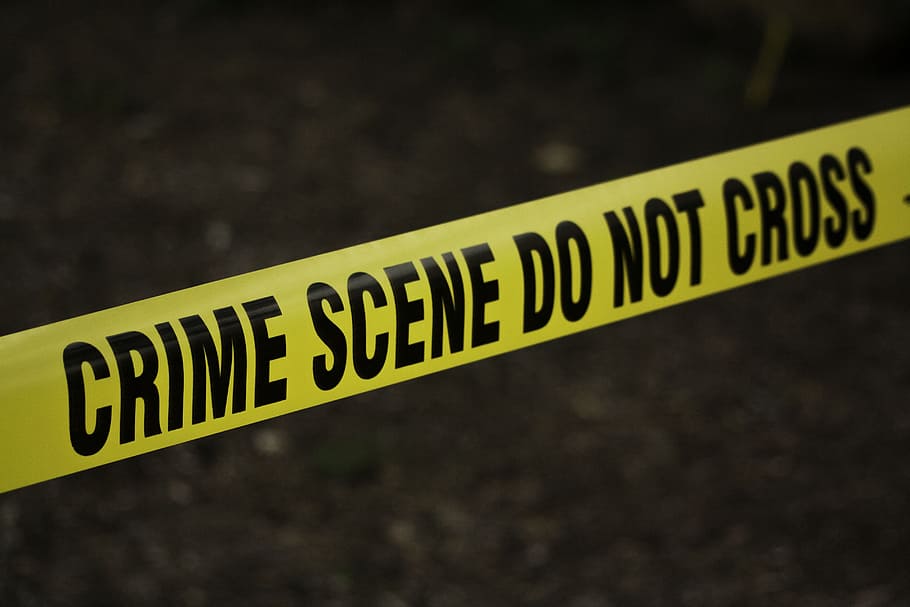 Since 2009, the victim has officially entered in the textbook of Criminal Law. For the first time, a victim is defined u/s.2(wa) of the CrPC as a person who has suffered any loss or injury caused by reason of the act or omission for which the accused person has been charged and the expression 'victim' includes his or her guardian or legal heir. Despite introduction of a victim in the...

Since 2009, the victim has officially entered in the textbook of Criminal Law. For the first time, a victim is defined u/s.2(wa) of the CrPC as a person who has suffered any loss or injury caused by reason of the act or omission for which the accused person has been charged and the expression 'victim' includes his or her guardian or legal heir.

Despite introduction of a victim in the CrPC and his/her rights to prefer an appeal u/s.372 Proviso, these rights are not comprehensive or complete, but severely suffer from vital deficiency in case of Appeal against the inadequate sentence/s.

This has been demonstrated by the recent Judgement of the Supreme Court, which has held in case of Parvinder Kansal v. The State of NCT of Delhi & another (narrated on 28-8-2020 in Live Law) that: 'Appeal filed by Victim seeking enhancement of sentence is not maintainable.' Though, while arriving at this principle, the Supreme Court has affirmed the view taken in National Commission for Women v. State of Delhi & Anr., as these decisions are based upon strict interpretation of law and showed us that the legislature has failed to take into account the plight of the victim in this regard.

It is to be remembered that right of the victim to prefer an Appeal against any order passed by the Court acquitting the accused or convicting for a lesser offence or imposing inadequate compensation … has been inserted for the first time in the CrPC by adding the proviso u/s.372 of the Code.

The Delhi High Court, in a case of Ram Phal vs. State and Others (Decided on 28-5-2015) noted the legislative history of this newly inserted proviso that: "… A victim-oriented approach to certain aspects of criminal procedure was advocated in the Law Commission of India's 154th Report, 1996, which noted that "increasingly, the attention of criminologists, penologists and reformers of criminal justice system has been directed to victimology, control of victimization and protection of the victims of crimes." (Chapter XV, Paragraph 1) While focused on issues of compensation, the Law Commission Report cited the 1985 United Nations Declaration of Basic Principles of Justice for Victims of Crime and Abuse of Power for its definition of "victim": "persons who, individually or collectively, have suffered harm, including physical or mental injury, emotional suffering, economic loss or substantial impairment of their fundamental rights, through acts or omissions that are in violation of criminal laws." (Chapter XV, Paragraph 6.2).

… The said report prompted the Code of Criminal Procedure (Amendment) Bill of 2006. Its Statement of Objects and Reasons noted that "the Law Commission has undertaken a comprehensive review of the Code of Criminal Procedure in its 154th report and its recommendations have been found very appropriate, particularly those relating to provisions concerning arrest, custody and remand, procedure for summons and warrant-cases, compounding of offences, victimology, special protection in respect of women and inquiry and trial of persons of unsound mind … It also noted that … "at present, the victims are the worst sufferers in a crime and they don't have much role in the court proceedings. They need to be given certain rights and compensation, so that there is no distortion of the criminal justice system."

In wake of the above, the proviso u/s.372 of the CrPC added in 2009. However, due to legislative lapse or inadvertence (or unknown intention of legislature, as it is not found anywhere), it is restricted only to three eventualities: i. acquittal of the accused; ii. Conviction of the accused for lesser offence; iii. for imposing inadequate compensation (as mentioned in the judgement of Parvinder Kansal).

Hence, even if a Trial Court sentenced the accused only a token sentence e.g. TRC [Till the rising of the Court] or only with fine for a particular offence … then also, the victim does not have any right to seek enhancement of sentence by way of an independent and/or separate appeal. This seems to frustrate the very statement of objects and reasons of the proviso of the section, for which it has specifically inserted or brought in for effective implementation of law on victim side, which intends to balance the rights of the accused vis-à-vis rights of the victim.

The Supreme Court has also reiterated the statement of Objects and reasons behind the proviso of Section-372 of the CrPC in a case of Rekha Murarka Versus The State of West Bengal and Anr. [Decided on 20-11-2019] by stressing that … 'Furthermore, credence should be given to the overall emphasis on victimology underlying the 2009 Amendment Bill,: … "Statement of Objects and Reasons.– The need to amend the Code of Criminal Procedure, 1973 to ensure fair and speedy justice and to tone up the criminal justice system has been felt for quite sometime…(then, repetition of the same as mentioned above in a case before the Delhi High Court)"

In the same manner, if accused is charged with an offence of robbery, but instead of convicting him/her for robbery, if accused is convicted only for a theft and not robbery, then, the victim is having right to prefer an appeal, because, this amounts to 'convicting for a lesser offence'.

However, in aforesaid two examples, if the person is charged with Murder or Robbery and convicted for the same, but instead of death penalty in murder, only life imprisonment awarded, and in case of Robbery instead of ten years, 3 years of imprisonment is awarded u/s.392 of the IPC, then, the victim does not have any legal right to prefer an appeal for the enhancement of sentence, even if s/he believes that the sentence is inadequate. Though, the State could definitely file an appeal u/s.377 of the CrPC, but not the 'victim' for insufficient sentence.

Hence, the point is: 'convicting for a lessor offence' does not include 'less quantum of punishment - either in a form of sentence for imprisonment or fine'. Yet, in many cases, the victim is aggrieved by the quantum of inadequate sentence, if it is not awarded to the maximum extent e.g. in a case of Parvinder Kansal (supra), the aggrieved father (victim) wanted the enhancement of sentence to death penalty from the life imprisonment imposed by the Special Judge. But the High Court and Supreme Court have refused on the ground that victim's appeal is not maintainable for enhancement of sentence, as there is no such provision in law.

So there are cases, in which sentences were not awarded properly i.e. in proportionate to crime or as per the victim's expectation, but then, 'victim' has no statutory remedy under the law to prefer an appeal to the higher forum against it.

Criminal Law, no doubt, clearly differentiates between the conviction and sentence. In fact, Conviction is 'the act or process of judicially finding someone guilty of a crime; the state of having been proved guilty, whereas the Sentence is the (actual) punishment imposed on a criminal wrongdoer.'

The difficulty is: the proviso of S.372 CrPC does not specify the word 'sentence'. It only subscribes three remedies to the victim for preferring the appeal, namely: upon acquittal of the accused, convicting for a lesser offence and imposing inadequate compensation. Therefore, the Supreme Court has said in Parvinder Kansal: "… While the victim is given opportunity to prefer appeal in the event of imposing inadequate compensation, but at the same time there is no provision for appeal by the victim for questioning the order of sentence as inadequate, …"

This anomaly is serious, as since 2010 i.e. the first judgement of the Supreme Court on this issue in a case of National Commission of Women vs. State of Delhi (supra), the Apex Court has pinpointed that: " … The proviso may not thus be applicable … and, in any case, would confer a right only on a victim and also does not envisage an appeal against an inadequate sentence…"

It is therefore, submitted that many appeals filed in the different High Courts by the victim/s for inadequate sentences or fewer or lesser sentences in criminal cases, now, would meet the fate of dismissal after this clear judgement of Parvinder Kansal, as most of the victims do not know the difference between the conviction and sentence and in most of such cases, where victims want to challenge the Judgement of Trial court only on the basis of inadequate sentence. They, however, cannot do, unless, the Court convicted for lesser offence i.e. out of three remedies.

Undoubtedly, u/s.377 of the CrPC an Appeal by the State Government against the quantum of sentence on the ground of its inadequacy is maintainable, but then, only State can challenge the quantum of sentence and not the victim. Thus, the rights of the victim/s are incomplete and reduced in absence of equitable right with the State. Parliament should make a full circle to complete the rights of the victim in toto.

If 'victim' is allowed to challenge the acquittal of the accused and is permitted to question the judgement when accused convicted for lesser offence and s/he can also prefer an appeal for inadequate compensation, then, why 'victim' cannot challenge the inadequate sentence awarded by the trial court? Why s/he is deprived for the same? What are the reasons to justify the same? Answers could not be rest with exclusive powers of the State to prefer an Appeal u/s.377 of the CrPC for inadequate sentence, but more than it, when the victim is put to such whopping disadvantage.

(Author is an Advocate practicing at the High Court of Gujarat and Visiting Professor at the Institute of Law, Nirma University)