Women Are Victims Of Witchcraft 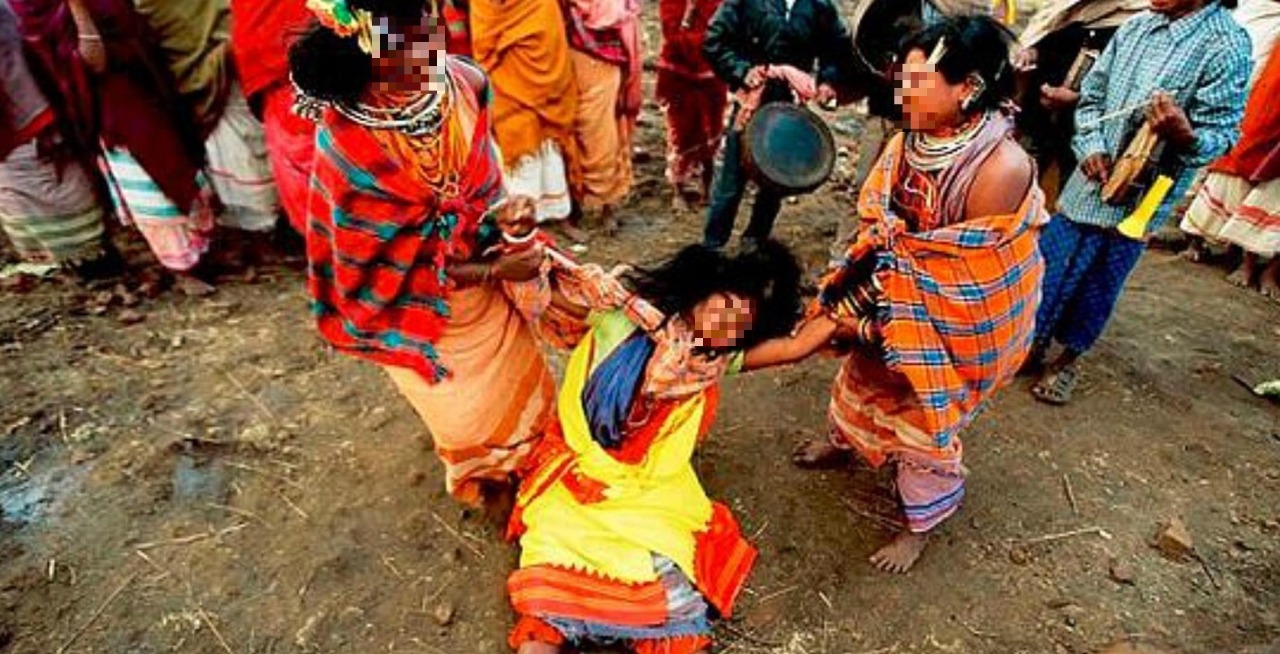 Witchcraft is the practice and belief in magical abilities. Witches and wizards are often labelled as pagans who were entrusted with devil's work. It dates back to classical antiquity, when women who held views against the church were labelled as witches and regarded as the portents of misfortune who were socially ostracized and even burnt to death in some cases. Norman Miller, a...

Witchcraft is the practice and belief in magical abilities. Witches and wizards are often labelled as pagans who were entrusted with devil's work. It dates back to classical antiquity, when women who held views against the church were labelled as witches and regarded as the portents of misfortune who were socially ostracized and even burnt to death in some cases.

Norman Miller, a renowned activist stated: "Witchcraft in much of the developing world—Africa, India, Southeast Asia, the Pacific, Central and South America—is at the core a human rights issue because millions of people are victimized for bogus, non-rational, non-scientific reasons." The fundamental rights including the right to life, liberty and security, and the right to hold property of the person labelled as witch are violated which are internationally recognized by the Universal Declaration of Human Rights (UDHR) to which India is a signatory. Also, among other things, Social and Economic marginalization of these accused persons is a violation of their basic human rights.

Unfortunately, Witch-Hunting is still prevalent in most parts of India. As many as twelve states of India have seen instances of witch-hunting. According to National Crimes Record Bureau reports of 2019, there were 102 reported cases in India where the motive of the murder was witch-hunting. However, this data doesn't take into account unreported cases or where additional manners of torment are practiced other than killing a woman.

Recently, an older woman was killed in the Jamui District of Bihar by her relatives for allegedly practicing witchcraft. Ramkanya Devi of Rajasthan, who was once branded as a Witch by her neighbours says, "I do not trust anyone anymore, I'm still scared that they might kill me if they catch me alone." Worse, in one case, a woman labelled as a witch was stripped naked, forcefully fed faeces and blinded before she was killed. This stigma and violence inflicted on the persons who have been branded as witches is damaging. Further, the gendered nature of witchcraft accusations is also a matter of grave concern.

Lamentably, India is not the only place where such witch-hunting prevails over Human Rights. Countries like Ghana, Tanzania, Saudi Arabia, Chile, Uganda, Papua New Guinea, the Democratic Republic of Congo, etc. have also witnessed these Human rights violations in the form of anti-witchcraft violence.

Accusations of Witchcraft often culminate into violence against the accused persons. Most often, woman is branded as a witch because she is thought to have caused illness, death or bad harvest. Other reasons include refusal for sexual advances, questioning the community elders' authority, settling scores, ploy to grab lands, etc. This has become a common excuse for perpetrating acts of violence and dispossession of property against the accused person even when there was no demonstrated history of Witchcraft.[1] Factors such as lack of education, superstition, dearth of public awareness, and patriarchal society have exacerbated the prevalence of these anti-witchcraft violence.[2] Whereas, individual distinctiveness of women such as old age, weird skin, hunch back, weird hair or anything offset plays a pivotal role in branding a woman as a witch. The woman is held to be culpable of causing such events and thus the process of 'weeding out' yields a way where she might be executed, banished, raped, hounded, burnt alive, ostracized, or subjected to any other adverse treatment.

Ageism and Sexism are the root causes of witchcraft accusations. Mensah Adinkrah, who scrutinised thirteen incidents of anti-witchcraft violence perpetrated against women from 1995-2001 in Ghana, confirms this finding. She says that "patriarchal attitudes, misogynistic beliefs and ageist values mediate witch beliefs."[3] This line of thought is confirmed in different jurisdictions; for example, in France, witch-hunting was practiced in the name of acculturation; in Medieval Europe, it was practiced for gaining control over women, and in Iroquois for altering matriarchal setup. Subsequently, men in the form of ojha, jan guru have taken charge of identification of witch and hence it has established the "authority of men and denunciation of women". This is often used as an approach to reinforce the men's position and reiterate that only submissiveness and domesticity in a woman are acceptable and nothing else.

The General Comment No. 19 of the CEDAW has noted the definition of discrimination which "includes gender violence that is violence that is directed against a woman because she is a woman or that affects women disproportionately". To conform with these guidelines, there are various focal legislations listed in the following table:

It is important to note that the measures taken by the Indian Judiciary in this regard are grossly inadequate. Social Evils like these cannot be curbed without effective and equitable legal systems. In Tula Devi and others v. State of Jharkhand, the woman who was branded as a witch was not able to prove he allegation of branding due to absence of an eye-witness. Thus the defendants were not convicted under the state legislation (the Prevention of Witch (Daain) Practices Act, 2001) which puts the onus of proof on the victim.

Even if there are witnesses, social stigma and delay in reporting play a determining role. In Madhu Munda v. State of Bihar[4], the accused was not convicted because of the delay in lodging the F.I.R. and an unreliable testimony of the witness. In many cases, the state instruments have failed to protect the interest of those branded as witches/wizards.

These above-mentioned cases bear a substantiation that Indian Judiciary needs to undergo major judicial reforms. Furthermore, the practice of witch-craft is embodied in the notions of superstition and religion and therefore the competency of such legislation is exceptionally dubious. Therefore, it is pertinent that a comprehensive social approach is adopted wherein the prevailing circumstances, need of the victims, mechanism of report, and investigation of the case is taken into account.

Critically analyzing the gravity of the witch hunting problem, it is indispensable to take a step forward to eradicate the gross violation of human rights in the garb of witch-hunting. An innovative step that can be taken by the Government is to empower women by granting them funds and resources to develop a Self Help Group among themselves. The Government should fund the research and support the study on the causes and conditions prevalent in the case of witch branding. Deterrence through legislation won't be efficient as there are various social, economic and educational factors that may undermine the effects of legislation.

Therefore, local sensitization programs, raising political consciousness among women, augmenting the efficiency system of representation of women in Panchayats (local governments) may aid in altering the social norms and firm beliefs of people in superstitious practices. Also, there should be adequate compensation fund wherein women who are branded as witches should have effective remedies as the society continuously ostracizes them.

In the court trials, it is usually seen that conviction rate of witch hunters is very low due to lack of evidence and hostile witness. Hence it is pertinent that the burden of proof should be shifted from the victim to the accused contrary to the normal proceedings of the criminal trial.

Article 21 of India's Constitution guarantees an individual the right to live with dignity. Labelling women as witches and further ostracizing them goes against the spirit of Constitution and jeopardises the ideals envisaged by Constituent Assembly laid down in the Preamble, Part III and Part IV of the Constitution. Therefore, to confirm with the spirit of the Constitution it is important to take adequate steps to prevent witch branding and witch hunting.