The 'Only One Earth' And Her Legal Rights: A Paradigm Shift From Anthropocentrism To Ecocentrism 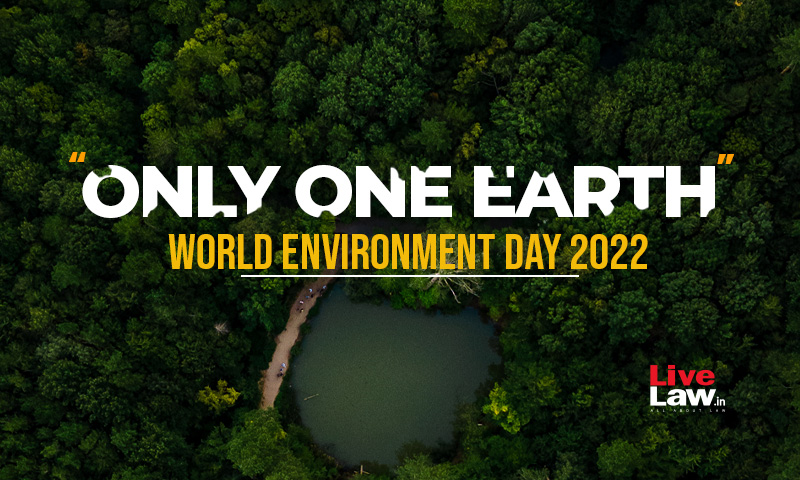 Another World Environment Day passes with a grandeur theme "Only One Earth" focusing on "Living Sustainably in Harmony with Nature". The theme and the harmony concept was celebrated across the globe , probably more in the social media at a time when reports made by the International Criminal Police Organization (INTERPOL) state that environmental crime or ecocide is the fourth largest criminal enterprise after drug smuggling, counterfeiting and human trafficking. These reports find that during the last decade, transnational environmental crime (TEC) has risen by at least 5-7% per year. This alarming report draws us to the fact that how miserably our legal and cultural principles failed in ensuring environmental justice. Let's now scrutinize the reason for failure and the solutions for ahead.

On a close analysis it can be seen that failure is attributed mainly by the internal and external dimension.[1] The internal dimension is the individual attitude and cultural beliefs that increased consumption will improve human well-being and that Earth is full of "resources" available for indefinite human exploitation. The external factors driving this destruction include political and economic systems based on the assumption that more gross domestic product ("GDP") can be perpetuated eternally and the all the institutions, policies and laws which support and keep up environmental destruction is only targeting making of profit.

The "Brundtland Report" of the United Nations World Commission on Environment and Development (WCED) defines Sustainable development as the development that meets the needs of the present without compromising the ability of future generations to meet their own needs. Unfortunately, the scope of this definition is very limited and vague. This definition can be critiqued on the ground that it is highly "anthropocene" or human centric in nature because it is only concerned about the sustainability of the present and future materialistic needs of the human beings without considering the nature's desiderata.

Granting Personhood To Nature Through Earth Jurisprudence: A Way Out

The concept of giving personhood to nature in other words giving legal rights to nature is originated from the theory called Earth jurisprudence. The prominent Earth Scholar Thomas Berry who coined the term "Earth Jurisprudence" highlights that universe is composed of subjects which must be communed with and not to be used as objects; each component of the universe is capable of having its own rights; That every component of the earth community has the three basic rights - the right to be, the right to habitat, and the right to fulfil its role in the ever-renewing processes of the Earth community; That all the rights are role-specific or species-specific, and limited, for example, rivers have river rights, birds have bird rights, insects have insect rights, humans have human rights and so on. Thomas Berry's vision of a mutually enhancing Earth community in which the rights of all subjects are respected involves an enormous paradigm shift from the present anthropocentric, mechanistic, reductionistic, and exploitative ways of thinking about the non-human world[2] .Contemporary Earth Scholars like Cormac Cullinan relying on this Earth Jurisprudence propounded by Berry has held that we need wild laws to foster our connection to nature and changing our policy and governance in such a way that our social structure are based on natural communities for the effective implementation of laws[3] . This new direction of Earth Jurisprudence highlights the fact that human beings are not separate superior entities in the nature but just one among the other entities inseparable. Cormac is totally against the status of "property" given to natural resources as it reduces the utility to mere exploitation leaving behind no moral or legal obligation to preserve it. He reminds us the fiduciary relationship between an owner and a slave owned by the owner, where slave is mere property for the owner only meant for exploitation.

The cultural perspective of exploitation derived from the colonial mindset is what Cormac Cullinan is trying to change and has led to the drafting of the Universal Declaration of the Rights of Mother Earth which was proclaimed on 22 April 2010 by the People's World Conference on Climate Change and the Rights of Mother Earth in Bolivia.[4] Through this Declaration, the proponents are not granting any new rights to the Earth but instead recognizing the existing and inherent rights of the Earth. This Declaration consists of four articles and the most important is the definition of "being", which apart from the human being includes ecosystems, natural communities, species and all other natural entities which exist as part of Mother Earth.[5] The Declaration has conferred all these rights to the nature and it makes sure that these rights are enforced by establishing and applying prompt norms and laws for the defence, protection and conservation of these rights of Mother Earth.[6]

The radical shift from anthropocentrism to ecocentrism, which is the core idea of Earth jurisprudence is seen reflected in the legal system of few countries. Bolivia is the first country to confer legal rights to Mother Nature by passing the historic Law of the Right of the Mother Earth on December 2010. [7]Ecuador is the first country to recognize Rights of Nature in its Constitution under Title II (Chapter 7).On 28 January 2017, the new Constitution of Mexico City adopted the rights of Nature in its article 13, paragraphs 2 and 3. [8] On March 14, 2017, the New Zealand Parliament voted to pass the Te Awa Tupua (Whanganui River) Claims Settlement Bill (the Bill) establishing that the river has its own legal personality.[9] On March 25, 2022, the plenary body of Chile's Constitutional Convention formally approved the Rights of Nature within its proposed constitutional text.[10]

In India, Earth jurisprudence could find its place in verdicts of the High court of Uttarakhand in Muhammed Salim Vs State of Uttarakhand [11] , Lalit Miglani Vs State of Uttarakhand & Ors [12] and recently in the Madurai bench of Madras high court[13], where the court recognized the personhood of nature by strictly emphasizing that the phrases like 'sustainable development', 'the polluter pays', 'the precautionary principle' shall not be allowed anymore." In the said judgment the court invoking "parens patriae jurisdiction" declared that the Glaciers including Gangotri & Yamunotri, rivers, streams, rivulets, lakes, air, meadows, dales, jungles, forests wetlands, grasslands, springs and waterfalls as legal entity/ legal person/juristic person/juridical person/moral person/artificial person having the status of a legal person, with all corresponding rights, duties and liabilities of

a living person, in order to preserve and conserve them. The Court also accorded the rights akin to fundamental rights/legal rights for their survival, safety, sustenance and resurgence.

It's high time we wake up to realize that ecocide is no less a grave crime that needs global attention. A macro level governance of environmental justice by the State should also trickle down to the micro level governance making the locals, activists and the indigenous population as wardens of the nature. These wardens of the nature can identify the issues at the grass root level and can propose the appropriate solutions. Concluding with a quote by Buckminster Fuller that "In order to change an existing paradigm you do not struggle to try and change the problematic model. You create a new model and make the old one obsolete."

The author is former Asst. Public Prosecutor, Govt of NCT of Delhi. Views are personal

[1] Cormac Cullinan, "The Legal Case For The Universal Declaration Of The Rights Of Mother Earth, " available at

[4] The Universal Declaration Of The Rights Of Mother Earth,2010 : available at https://www.garn.org/universal-declaration/

[5] Article 4 of the Universal Declaration of the Rights of The Mother Earth,2010 available at : https://therightsofnature.org/wp-content/uploads/pdfs/FINAL-UNIVERSAL-DECLARATION-OF-THE-RIGHTS-OF-MOTHER-EARTH-APRIL-22-2010.pdf

[7] Full text of the Bolivia grants the Mother Earth her Legal Rights" available at :

[12] Lalit Miglani vs State of Uttarakhand And Others in Writ Petition (PIL) No.140 of 2015, held that the "Nature's Rights Commission" should be formed to protect the Nature.