Comment on Aveek Sarkar & Another v. State of West Bengal & Others 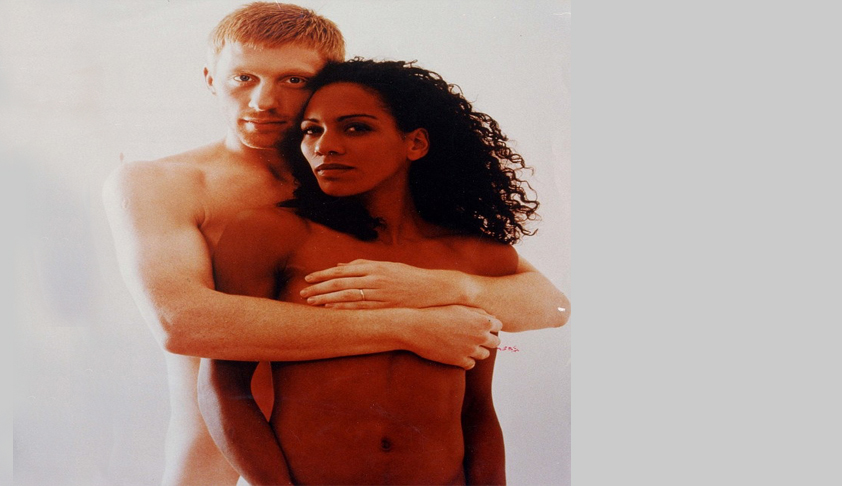 The case under comment is a judgment penned down by Justice K.S. Radhakrishnan for the Supreme Court bench with Justice A.K. Sikri on 3rd February 2014.The facts of the case was that, a German magazine by name "STERN" having worldwide circulation published an article with a picture of Boris Becker, a world renowned Tennis player, posing nude with his dark-skinned fiancée by name Barbara...

The case under comment is a judgment penned down by Justice K.S. Radhakrishnan for the Supreme Court bench with Justice A.K. Sikri on 3rd February 2014.

The facts of the case was that, a German magazine by name "STERN" having worldwide circulation published an article with a picture of Boris Becker, a world renowned Tennis player, posing nude with his dark-skinned fiancée by name Barbara Feltus, a film actress, which was photographed by none other than her father. The article states that, in an interview, both Boris Becker and Barbara Feltus spoke freely about their engagement, their lives and future plans and the message they wanted to convey to the people at large, for posing to such a photograph. Article picturises Boris Becker as a strident protester of the pernicious practice of "Apartheid" and also stated that the purpose of the photograph was to signify that love champions over hatred.

"Sports World", a widely circulated magazine published in India reproduced the article and the photograph as cover story in its issue 15 dated 5th May 1993 with the caption "posing nude dropping out of tournaments, battling Racism in Germany. Boris Becker explains his recent approach to life- Boris Becker Unmasked". Anand baza rPatrika, a newspaper having wide circulation in Kolkota also published in the second page, the above-mentioned photograph as well as the article on 6th May 1993, as appeared in the Sports World.

A practising lawyer at Alipore Court, Kolkota, claimed to be a regular reader of Sports World as well as Anand bazar Patrika filed a complaint under section 292 of Indian Penal Code against the Appellants, the Editor, Printer and Publisher of the newspaper as well as the Editor of the Sports World, former Captain of Indian Cricket Team, late Mansoor Ali Khan of Pataudi, before the Sub-Divisional Magistrate at Alipore. The complaint stated that as an experienced Advocate and an elderly person, he could vouchsafe that the nude photograph appeared in the AnandbazarPatrika as well as in the Sports World, would corrupt young minds, both children and youth of this country and is against the cultural and moral values of our society. Also stated that unless such type of obscene photographs are censured and banned and accused persons are punished, the dignity and honour of our womanhood would be in jeopardy.

The complainant deposed before the Magistrate Court that the photograph of world class lawn Tennis player Boris Becker and his girl friend German Film actress Miss Barbara have been published in an inter-twined manner wherein Boris Becker placed the hand upon the breast of Miss Barbara, which is absolutely obscene and lascivious in nature and is a criminal offence. The obscene and nude photographs published by the accused persons created very bad impact in the mind of himself as well as the society of different age group. The learned Magistrate found that a prima facie case is made out against the accused persons under section 292 of IPC. The complainant also urged to prosecute the accused persons under section 4 of the Indecent Representation of Women (Prohibition) Act 1986, since the photograph prima facie gives a sexual titillation and its impact is moral degradation and would also encourage the people to commit sexual offences.

The accused persons filed an application for dropping the proceedings stating that there was no illegality in reproducing the news item and photograph as appeared in "STERN" published in Germany as the same magazine was never banned in India and was never considered as 'obscene', especially  when section 79 of IPC states that 'nothing is an offence which is done by any person who is justified by law or who by reason of a mistake of fact and not reason of a mistake of law in good faith, believes himself to be justified by law, in doing it.

But the Magistrate Court after seeing the photographs and hearing the arguments on either side held the accused persons to be examined  under section 251 Cr.P.C and ordered that they would be put to trial for the offence punishable under section 292 IPC and section 4 of the Indecent Representation of Women (prohibition) Act, 1986. The accused persons filed a criminal revision before the High Court of Calcutta for quashing the proceedings before the Magistrate Court. But the High Court declined to quash the proceedings, against which the present appeal.

Before the Supreme Court, the learned counsel  for the appellants pointed out that obscenity has to be judged in the context of contemporary social mores, current socio-moral attitude of the community and the prevalent norms of acceptability/susceptibility of the community, in relation to matters in issue and also contended that the Magistrate Court as well as the High Court have completely overlooked the context in which the photograph was published and the message it had given to the public at large and pointed out that photograph is in no way vulgar or lascivious.

Supreme Court of India examined the above contentions with the test of 'obscenity and community standards' as explained in its earlier decisions, viz.

By applying the 'Community mores and Standards' as explained in Ajay Goswami v. Union of India Supreme Court in this case examined the photograph of Boris Becker and Barbara Fultus, a dark-skinned lady standing close to each other bare bodied and  held that "we are not prepared to say such a photograph is suggestive of deprave minds and designed to excite sexual passion in persons who are likely to look at them and see them, which would depend upon the particular posture and background in which the woman is depicted or shown. Breasts of Barbara Fultus has been fully covered with the arm of Boris Becker, a photograph, of course, semi-nude, but taken by none other than father of Barbara. Further, the photograph, in our view, has no tendency to deprave or corrupt the minds of people in whose hands the magazine Sports World or Anand bazar Patrika would fall".

Supreme Court made it clear that "the said photograph has to be viewed in the background in which it was shown, and the message it has to convey to the public and the world at large". The message, the photograph wants to convey is that the colour of skin matters little and love champions over colour. Picture promotes love affair, leading to a marriage, between a white-skinned man and a black skinned woman. "We should therefore, appreciate the photograph and the article in the light of the message it wants to convey, that is to eradicate the evil of racism and apartheid in the society and to promote love and marriage between white skinned man and a black skinned woman. When viewed in that angle, we are not prepared to say that the picture or the article reproduced by Sports World or Anand- bazar Patrika be said to be objectionable so as to initiate proceedings under 292 IPC or under section 4 of the Indecent Representation of Women (Prohibition) Act, 1996, hence allowed the appeal and set aside the criminal proceedings initiated against the appellants.Justice V.R. Krishna Iyer  in his inimitable style has stated in Raj Kapoor and Others v. State and Others "The world's greatest paintings, sculptures, songs and dances, India's lustrous heritage, the Konaraks and Khajurahos, lofty epics, luscious in patches, may be asphyxiated by law, if prudes and prigs and State moralists prescribe paradigms and proscribe heterodoxies. It is plain that the procedural issue is important and the substantive issue portentous".

The judgment of the Supreme Court of India is unique, for the bench observed the photograph and the article through the prism of an avant-gardist connoisseur discerning art-cum-message vis-a-vis obscenity/indecent representation. It snubbed the cliché of corrupting the mind of youth/children, denigrating the cultural and moral values of the country and jeopardizing the dignity and honourof womanhood. One could observe with great pride the enlightened stance of the Summit Court as it traversed countless miles from 1964 to 2014 i.e. when Ranjit D. Udeshi v. State of Maharashtra was decided, wherein the appellants were convicted for keeping copy of 'Lady Chatterley's Lover' in India. (But in England the jury acquitted the publishers as the publication did not fall foul of obscenity test).