Irretrievable breakdown of marriage: Not a ground for divorce? Comment on Darshan Gupta v. Radhika Gupta 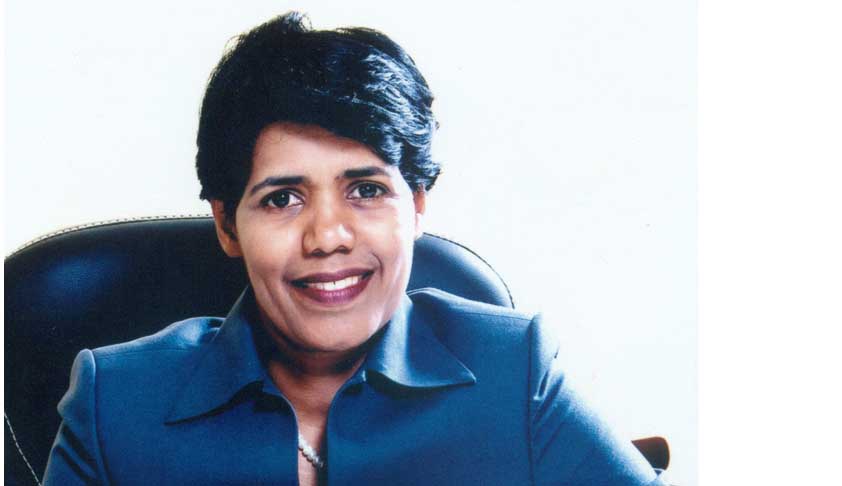 This is a case decided by Justice P Sathasivam and Justice Jagdish Singh Khedar of the Supreme Court of India on 1st July 2013, wherein the appellant-husband sought dissolution of marriage on two grounds, firstly, he claims to have been subjected to cruelty on account of the intemperate behaviour of his wife and secondly, that his wife is of incurable unsound mind and suffers from such a...

This is a case decided by Justice P Sathasivam and Justice Jagdish Singh Khedar of the Supreme Court of India on 1st July 2013, wherein the appellant-husband sought dissolution of marriage on two grounds, firstly, he claims to have been subjected to cruelty on account of the intemperate behaviour of his wife and secondly, that his wife is of incurable unsound mind and suffers from such a mental disorder, that the appellant cannot be reasonably expected to live with her.

The facts of the case was that they married in May 1997 and were living happily  for a period of two years, till  the wife conceived for the first time in February 1999 but that conception was aborted in the fourth month as she had commenced to suffer from hypertension resulting into fits, extreme morning sickness and general weakness.  On medical advice decided to abort in June 1999 and the attending Gynaecologist at Apollo hospital had cautioned the couple against any further conception for at least two years as it may lead to serious medical complications.

But the husband proceeded with unsafe cohabitation leading her second pregnancy within eight months after the abortion, well within the risk period and the wife conceived for the second time in February 2000.  She had the same symptoms during the second pregnancy also and due to medical complications, in the eighth month a caesarean operation was performed, she was unconscious and the child lived only eight days. She suffered serious complications for which best doctors across the country were consulted for medical treatments. She was treated at the best hospitals at Hyderabad, Apollo Hospital as indoor patient, NIMHANS Bangalore, Leelavathy Hospital Mumbai, etc. Doctors ascertained that she had suffered brain damage and she lost her memory, she could not even recognise persons of close affinity. Her speech was impaired; she could not discharge her personal obligations and had to be assisted by an attendant.

Supreme Court found that ‘the medical condition of wife for which second conception was the only reason during the unsafe period, the blame squarely on the shoulders of the husband as he did not heed the advice of Gynaecologist. The party seeking divorce has to be innocent of blame’, hence the contention of the husband for divorce are not at all available to him under the ‘fault theory’ under section 13(1) of Hindu Marriage Act. The appellant also contended that the matrimonial ties between the parties had irretrievably broken down as the parties have lived apart for more than 12 years. But the Supreme Court relying on two of its decisions, viz. Vishnu Dutt Sharma vs. Manju Sharma (2009) 6 SCC 379 and Gurbax Singh v. Harminder Kaur(2010)14 SCC 301 held that “we cannot persuade ourselves to grant a decree of divorce, on the ground of irretrievable breakdown of marriage for the simple reason that the breakdown is only from the side of the husband as the wife consistently maintained that she was intensely concerned with her future relationship with her husband and that her greatest and paramount desire was to rejoin her husband and to live with him normally in a matrimonial relationship, once again. Since the respondent does not consent to the severance of matrimonial ties, it may not be possible for us to accede the prayer”. Regarding the question of ‘annul the marriage between the parties under Article 142 of the Constitution’, the Court examined the matter by reversing the roles of the parties and opined that “we have no doubt in our mind that on a reversal of roles, the husband, without any fault of his own, would have never accepted as just, the dissolution of his matrimonial ties, even if the couple had been separated for a duration, as in the case in hand.Specially if the husband has right from the beginning, fervently expressed the desire to restore his matrimonial relationship with his wife and to live a normal life with her. To constitute justice, the picture should appear to be the same, irrespective of the angle from which it is viewed. If the same sequence of facts cannot be viewed as doing justice to the husband, they have to be likewise viewed for the wife as well. It is, therefore, not possible for us to accept even the last plea advanced at the hands of the learned counsel for the appellant”.

Supreme Court of India in the above case has given a very valid explanation and also reasoning with legal and judicial support to its view. Court has made it clear that to declare a marriage as irretrievably broken, mere living separate is not sufficient; there should be break down from both the sides.

“Since there is no acceptable way in which a spouse can be compelled to resume life with the consort, nothing is gained by trying to keep the parties tied for ever to a marriage that in fact has ceased to exist. Marriage is life-long cohabitation in the home. When the prospect of continuing cohabitation has ceased, the legal tie should be dissolved”.

“Human life has a short span and situations causing misery cannot be allowed to continue indefinitely. A halt has to be called at some stage. Law cannot turn a blind eye to such situations, nor decline to give adequate response to the felt necessities arising there from. Social interest and balance of justice lie in favour of giving due weight to the fact that where the parties have lived apart for the specified period, they should be taken to be married only in name. It may be very unfortunate that such a situation has come about; but once it has come about, wisdom lie in accepting it as an established fact and in proceeding to consider how best to deal with the situation, rather than in turning a blind eye to realities”(Para 4.8).

“We are inclined to agree with the majority view that breakdown of marriage is a good ground for the grant of a decree of divorce. Our amendment further suggests that the living apart of the husband and wife for a sufficient length of time would be presumptive proof of breakdown of marriage. There is no provision in the existing law to meet such an eventuality. It may also be reiterated that the change in law recommended by us would obviate the necessity of washing dirty linen of marital life in public”(Para 4.7 & 4.9).

2. Two Hundred and Seventeenth Report of Law Commission of India ( Irretrievable Breakdown of Marriage- another Ground of Divorce) in March 2009, suggested that “immediate action be taken to introduce an amendment in the Hindu Marriage Act, 1955 and the Special Marriage Act, 1954 for inclusion of ‘irretrievable breakdown of marriage’ as another ground of divorce.

Legal effects of the present judgment:

“It would not be practical and realistic approach indeed it would be unreasonable and inhumane to compel the parties to keep up the facade of marriage even though the rift between them is complete and there are no prospects of their ever living together as husband and wife”.

After 40 years of the above decision, when the world has progressed much in every sphere of life, enacted various legislations to ensure the freedom and liberty of individual, compelling the husband and wife to continue the matrimonial tie even when for a considerable period they have ceased to be in such relationship as the marriage have been frustrated, so the forced continuance is useless and mischievous adding only misery to the parties.

In Samar Ghosh v. Jaya Ghosh(2007) 4 SCR 428)three judge Bench of the Supreme Court,Justice B N Agrawal, P P Naolekar and Dalveer Bhandari,JJ considered ‘irretrievable breakdown of marriage as a valid ground for divorce’. So how far the new theory propounded by a Division Bench of two judges will be able to withstand the theory propounded by three Judgesbench?

“(i) The law laid down by this Court in a decision delivered by a Bench of larger strength is binding on any subsequent Bench of lesser or co-equal strength.

(ii) A Bench of lesser quorum cannot doubt the correctness of the view of the law taken by a Bench of larger quorum. In case of doubt all that the Bench of lesser quorum can do is to invite the attention of the Chief Justice and request for the matter being placed for hearing before a Bench of larger quorum than the Bench whose decision has come up for consideration. It will be open only for a Bench of coequal strength to express an opinion doubting the correctness of the view taken by the earlier Bench of coequal strength, whereupon the matter may be placed for hearing before a Bench consisting of a quorum larger than the one which pronounced the decision laying down the law, the correctness of which is doubted.

(iii) The above rules are subject to two exceptions : (i) The above said rules do not bind the discretion of the Chief Justice in whom vests the power of framing the roster and who can direct any particular matter to be placed for hearing before any particular Bench of any strength”.

Therefore the ratio of per incurrium forbade the foray of two Judges’ Bench to espouse a quite contrary view. Moreover, Family Courts and High Courts in India were following the above principles during these years and granted divorce on the ground of irretrievable break down of marriage and large numbers of cases are also pending disposal in various lower courts. Therefore, the new judgment of the two Judges Bench will only add lot more miseries to the litigants who have already suffered under the ‘Gordian knot’, hence it is high time the law allowed to unshackle themselves from the matrimonial bondage and in the interest of justice it is desirable the Supreme Court in its own motion review the order.

Views expressed are personal of the author and does not reflect the views of Live Law.