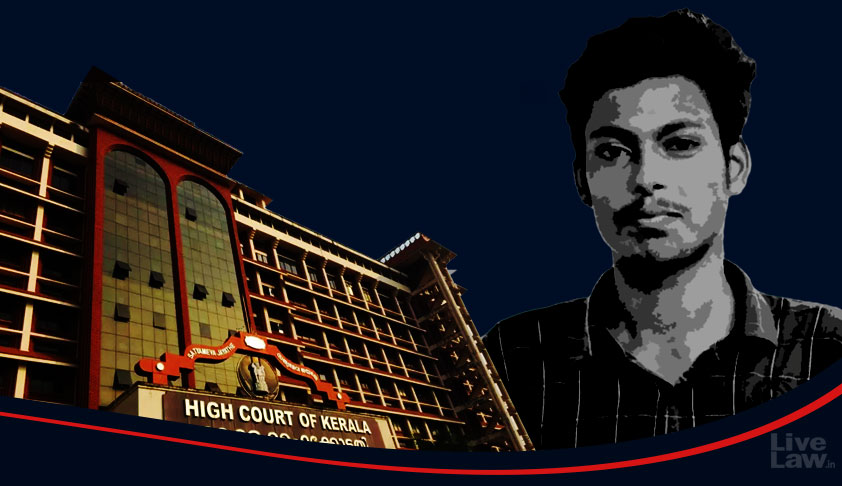 “...we are of the prima facie view that the Government of Kerala has failed to adhere to its commitments made to this court in the earlier proceedings and this may be the reason why the unfortunate incident happened at the Maharajas College, Ernakulam”- Court observes.

While considering a public interest litigation seeking to ban campus politics, filed in the wake of the recent murder of Abhimanyu, a student of Maharaja’s College, Ernakulam, the High Court of Kerala observed that the Kerala Government had failed to adhere to the commitments made by it before the Court that it would frame rules to regulate campus politics.

The Division Bench of Chief Justice Hrishikesh Roy and Justice A.K Jayasankaran Nambiar was referring to the assurance made by the Government in the proceedings which culminated in the High Court decision  Kerala Students Union v. Sojan Francis 2004 KHC 594. There, the Principal Secretary, Education had filed a counter-affidavit giving an assurance to the effect that political activities will not be permitted in college and that students will not be permitted to indulge in gheraos, dharnas, demonstrations etc within college premises. Based on these assurances, the Division Bench considering Sojan Francis case had issued directions to fame rules and regulations in that regard.

However, no such rules and regulations were framed, and this aspect was noted by two other judgments – Manager, SNM College v S.I of Police 2007(1) KHC 9, and Prakash N v. Principal, Government Law College, Ernakulam 2014(1) KHC 129. In these decisions, the High Court had issued further directions to implement Sojan Francis.

Noting that no rules and regulations were in place to regulate campus politics, despite earlier directions, the bench headed by Chief Justice observed :

In the above light, we are of the prima facie view that the Government of Kerala has failed to adhere to its commitments made to this court in the earlier proceedings and this may be the reason why the unfortunate incident happened at the Maharajas College, Ernakulam.

The bench also made reference to the Supreme Court observations in Harpal singh v. Devinder Singh [(1997) 6 SCC 600,  “it is the malady in our country that political parties allure young students through their student wings, and the disturbing aspect is that the tender minds get garvanised on minor issues, frenzy frares up even on trivialities”.

“Young children and adolescents unaware of the disastrous consequences befalling their own future, indulge in vandalism, mayhem and killing spree against their own fellow students”, said the Court.

The matter will be further considered on August 9.