Concerned Over 14-yr-old Girl’s Safety From Biological Mother, Bombay HC Lawyer Lets Her Stay In her House Bearing All Expenses 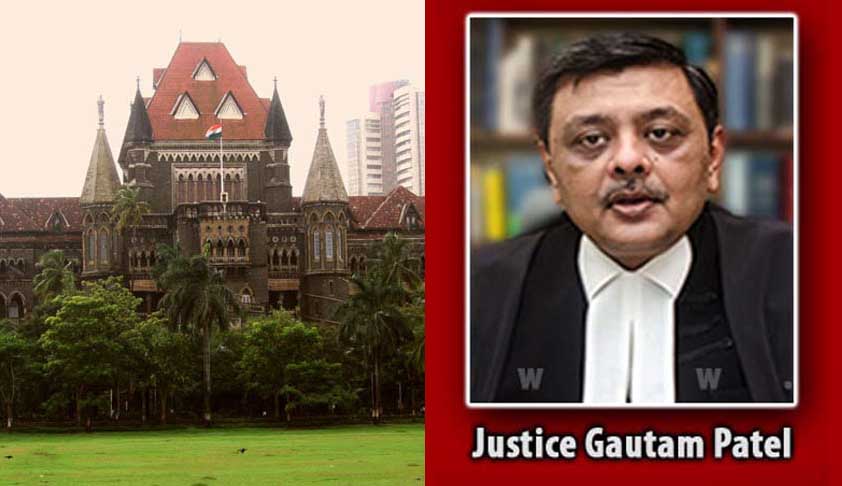 The Bombay High Court and a benevolent lawyer recently came to the rescue of a 14-year-old girl caught in the midst of a contentious guardianship battle between her parents whom she has been with since birth and her biological mother.Justice GS Patel was hearing the guardianship petition filed by one Abdulwahid Ansari, his wife and their two sons. According to the petition, the girl was...

The Bombay High Court and a benevolent lawyer recently came to the rescue of a 14-year-old girl caught in the midst of a contentious guardianship battle between her parents whom she has been with since birth and her biological mother.

Justice GS Patel was hearing the guardianship petition filed by one Abdulwahid Ansari, his wife and their two sons. According to the petition, the girl was abandoned by her birth mother and was left in custody of the petitioners.

The petition sought the court’s intervention by invoking provisions of the Guardians and Wards Act, 1890; Clause 17 of the Letters Patent of High Court and the High Court’s powers under the Juvenile Justice (Care and Protection of Children) Act, 2015.

There are serious allegations against the girl’s birth mother in the petition. It states that the girl's biological mother, who lives in Kanpur, first came to Mumbai and sought custody of the girl. Then along with her lawyer Shamsunder Rana, she forcibly abducted her. As a result of this, Abdulwahid filed a police complaint, he also sought relief before the Child Welfare Committee.

The court noted how this forced the 14-year-old to live in a remand home in Umerkhadi for two months, away from the only family she has known since birth.

Justice Patel then set out the reasons that made the matter significantly serious, he said-

“The matter assumes a sinister aspect for three separate reasons. The first is, of course, the allegations that I have already noted about X having been previously abducted or of her custody having been forcibly taken, and her being forced to stay for two months at the remand home at Umarkhadi.

The second is that, while in Mumbai, Respondent No. 4 apparently lives in the very same neighbourhood, also in the MP Mills compound. This means that X is today almost entirely confined to the Petitioners’ house. There is significant risk to her when she goes to school, for tuitions or downstairs to play with her friends.

The final aspect of the matter is the nature of the allegations made by the Petitioners against Respondent No. 4. In substance, these allegations are, and I will clarify that I am not for the present accepting these as correct, Respondent No. 4 is herself engaged in entirely inappropriate and illicit activities. I believe this should be sufficient.”

After speaking with X, the court concluded that the biological mother had met X earlier and “to put it mildly the experience was extremely traumatic for a child”.

However, X’s biological mother had filed a complaint against X’s brothers , accusing them of sexually abusing her. The court found this very disturbing as X had referred to the two boys as brothers. The court directed the concerned police station not to conduct any medical examination without permission.

“In her conversation with me, X was absolutely clear that she does not want to be with Respondent No. 4. X is, after all, a young person of 14 and her wishes cannot be brushed aside. It may be perhaps overstating the obvious, but this does I think need to be said: that it is the interests of X that are not only paramount but are the only concern of a Court before whom the Petition of this kind is brought. X herself refers to Petitioners Nos. 3 and 4 as “Zahidbhai” and “Shahidbhai” and Petitioners Nos. 1 and 2 as her parents. She is equally clear that her focus just now is on completing her schooling. I understand that she has an excellent record in school with high marks throughout and has won some significant awards.”

The court brushed aside allegations on religious lines levelled by X’s biological mother against Abdulwahid and his family. The court also prevented any other authority from taking cognizance of such allegations.

“My most immediate concern is to ensure X’s safety even while this matter is being heard and till the next date. I do not want the slightest risk to the child while she is on her way to school or tuitions or at play. Given the nature and configuration of the Petitioners’ residence, it does not seem to me practical to be able to provide security either by the police or privately at that location. The past experience where X was removed from the Petitioners’ custody is sufficient cause for me to direct that X now needs to move to another location temporarily to ensure her safety.”

At this juncture, the court noted the presence of Kalpana Merchant, who practices as an advocate and solicitor in the high court. In a rare gesture, Kalpana agreed to let X stay at her place along with petitioner number 2 (Abdulwahid’s wife). The court said:

“She has agreed to make available her own residence for a temporary period with sufficient security in the interest of X. She will make available space in her residence for Petitioner No. 2 and X and has agreed to provide private security (a female security guard will be necessary) at her own cost. She will also make arrangements for a driver and a car to be able to take X to school and to her tuitions. If X is to be taken out to a park, it will be in the vicinity or neighbourhood of Ms Merchant’s residence. The local police with jurisdiction in that area will be informed of this order and will also provide the necessary assistance, if required and requested. This is a purely temporary arrangement to ensure the minor’s safety. X herself has been told of this as has Petitioner No. 2 and both have accepted it. Ms Merchant also volunteers that she will bear the costs of all these arrangements herself and is seeking no compensation or repayment from the Petitioners for this purpose.”