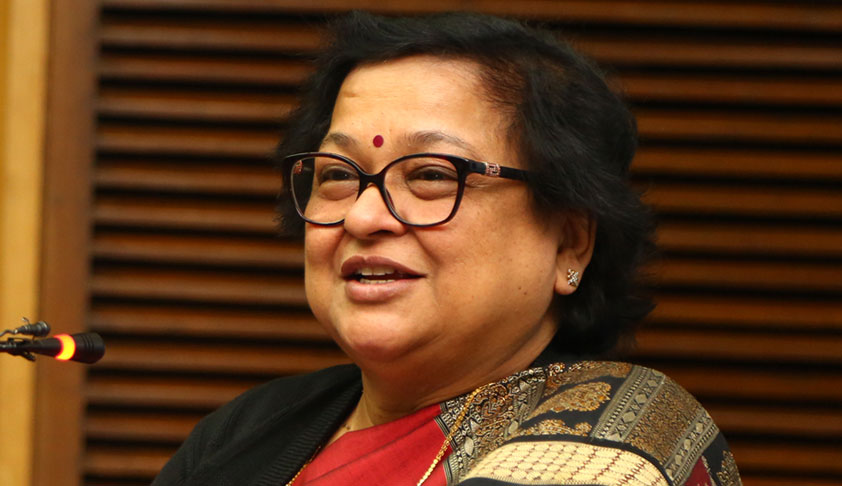 Concerned over increasing number of cases of sexual violence and child sexual abuse, Delhi High Court Acting Chief Justice Gita Mittal has now taken it upon herself to spread awareness among school students in the age group of 14 to 18 years about the forms of sexual violence, remedial measures available and enable them to understand the functioning of police stations, hospitals, courts and...

Concerned over increasing number of cases of sexual violence and child sexual abuse, Delhi High Court Acting Chief Justice Gita Mittal has now taken it upon herself to spread awareness among school students in the age group of 14 to 18 years about the forms of sexual violence, remedial measures available and enable them to understand the functioning of police stations, hospitals, courts and the criminal justice system.

In doing so, ACJ Mittal interacted with students of Modern School, Barakhamba Road, on Tuesday morning before the court hours and explained them the purpose of the sensitization program whose idea was conceived by ACJ Mittal herself.

The students were then taken for a visit to Barakhambha Police Station and LNJP Hospital by DSLSA. At the LNJP Hospital, the students were taken to the ‘One Stop Centre’, which provides facilities like medical assistance, counselling etc. to victims of sexual offences and abuse. In these centres, a gynecologist, police officer and paralegal worker are present as permanent support persons for victims. The students were made to understand the functioning of these centres. They were also taken to observe the functioning of the casualty ward where they were explained medico-legal cases.

At the Police Station Barakhamba Road, the students were educated about how a victim/complainant lodges her/his complaint/FIR setting the criminal justice system into motion; the manner in which the rights of the victims and accused are protected by the police; the victim friendly procedure adopted by the police in investigation of cases of sexual offences etc.

The next such sensitization programme of the campaign is scheduled on April 26 and 27 for students of Bal Bharti Air Force School and Mothers International School, respectively. The students of government schools will also be covered under this program.

It is to be noted that, ACJ Mittal, who is also the Executive Chairperson of the Delhi State Legal Services Authority (DSLSA), conceived the idea of preparing a module on sexual violence for school students covering the age group of 14 to 18 years with an objective of making children aware of the forms sexual violence can take, to empower them to take remedial action if any such incident takes place with them or they come to know about any such incident and at the same time to caution them that if they commit any such act, they could be held responsible for their action under the law.

The module also covers creating awareness about cyber crimes and the digital world with children getting easy access to digital media.

The interaction with students is through a power point presentation, movie clips and skits and visits to police stations, hospitals.

The program has been conceptualized with the help of NGO Tulir which works for prevention and healing of child sexual abuse.

This is not the first time when ACJ Mittal has taken an initiative to spread awareness about the legal system and to plug holes in justice delivery system. Earlier, ACJ Mittal had conducted seven training programs for doctors of Delhi Government Hospitals on ‘Conduct of medical examination and recording of MLCs, death summaries and postmortem in cases involving sexual offences’.

She also organized eight training programs on “Making courtroom practice responsive towards victims of sexual offences” for sensitization and enhancement of legal skills for all stakeholders, including judges, police officers/personnel, legal aid lawyers and prosecutors in the Saket District Courts Complex.