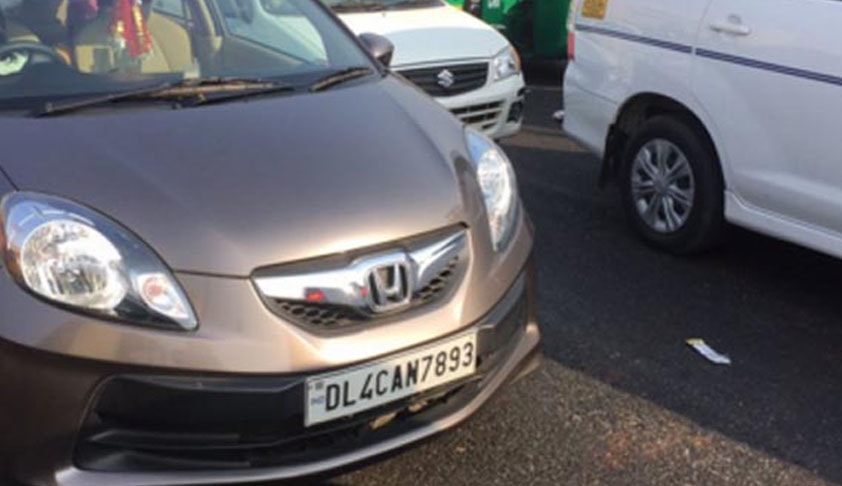 Criticizing public transport as ‘insufficient’, a Division Bench of Delhi High Court on Wednesday asked the Delhi Government to consider if the odd-even policy could be discontinued by Friday.The Bench, comprising Chief Justice G. Rohini and Justice Jayant Nath has asked the counsel for the Aam Aadmi Party Government, Mr. Rahul Mehra to file an account by Friday, elaborating on the impact...

Criticizing public transport as ‘insufficient’, a Division Bench of Delhi High Court on Wednesday asked the Delhi Government to consider if the odd-even policy could be discontinued by Friday.

The Bench, comprising Chief Justice G. Rohini and Justice Jayant Nath has asked the counsel for the Aam Aadmi Party Government, Mr. Rahul Mehra to file an account by Friday, elaborating on the impact of the odd-even scheme on pollution in the capital city from January 1 to January 7. An affidavit specifying the infrastructure in public transport for persons with disabilities has also been demanded by the Bench.

“In these six days you must have collected data related to pollution level, we think it's sufficient for you. You will have to think about inconvenience cause to public at large,” the bench said, adding, “There is a practical difficulty.”

The Court also termed Government’s status report as vague, saying that it “does not reveal much”. Further, it demanded to know the number of cabs plying on diesel and CNG in the capital and the level of pollution emitted by them.

When enquired about the need to grant exemption to women and two-wheelers, the State submitted that it was done to further its commitment to provide security to women. It stated that restricting two wheelers would have paralyzed the transport system as there weren’t sufficient vehicles to cater to such a huge demand. The Bench also seemed skeptical about car-pooling, stating that it was not safe and could be misused in the long run.

Responding to the petitions, Mr. Mehra reiterated the purpose of the scheme and stated, “We have to take into consideration the future of the next generation. Entire, world is considering climate change. We also have to move a step. Even Chief Justice of India and the judges of this court … are supporting the scheme. Courts have been functioning well in past few days.”

“Can all this be equated with our health and health of our children? Do we all want our children to be on nebulizer? People of Delhi are responsible and only one or two per cent are opposing it. Right to Life has to be with clean health and we cannot skirt the issue,” he added.

The Government, in its statement, claimed that data of pollutants collected from over 55 locations showed a clear trend of improving air quality in several areas across the city and that there has been a "positive impact" of the odd-even scheme.

"According to the scientists of the Delhi Pollution Control Committee (DPCC), 80 per cent of PM2.5 air pollution is caused by vehicular traffic and reduction in its levels, even in outer areas of Delhi shows that reduction of four wheeled vehicles on roads since the New Year Day is having a positive impact," it stated.

One of the petitions, filed by Delhi High Court Bar Association President Rajiv Khosla, demands an explanation from the Government on its jurisdiction to fix a fine of Rs. 2,000 without amending the Motor Vehicles Act. Mr. Khosla has also contended that the exemptions granted to two-wheelers, three-wheelers and commercial vehicles was an “utter disregard of the right to equality”.

Another petitioner, Shweta Kapoor questioned the legal sustainability of the scheme, contending, “The power of the state government under provisions of the Motor Vehicle Act, 1988 cannot be extended to cause inconvenience to the public.”

Petitioner Karuna Chhatwal has challenged the exemption of two-wheelers under the scheme, arguing that there was no constitutional provision which empowered the state government to grant the exemption to two-wheelers, though it created more pollution than cars due to the combustion technology at use.

Advocate Jai Dehadrai has demanded a city-wide audit to determine how accessible public transport facilities and government buildings are for the disabled.

Another petition, filed by B. Badrinath averred that the scheme violates his fundamental rights - equality, freedom of movement and right to practice any profession or occupation, guaranteed under the Constitution. Mr. Badrinath has alleged that the public transport system in place was insufficient to handle the huge volume of people who would not be using their personal vehicles as required under the scheme.

Earlier in December, the Court had issued a notice to the Delhi Government instructing them to submit their reply within 3 days on a petition filed by Mr. Manoj Kumar, Managing Partner of a Law firm ‘Hammurabi & Solomon’. The Petition had challenged the notification on the contention that it completely fails to take into account Commercial vehicles which are allowed to ply in Delhi during Night hours and are also responsible for increase in Air Pollution in Delhi as most of them are not complying with Pollution Norms. You may read the petition and LiveLaw article here.

You may also read: Oddness of odd-even Formula by Ashok KM