Constitution Is An Integral Part Of Lives Of People, Voice Of The Marginalized And The Prudence Of Majority: CJI Gogoi 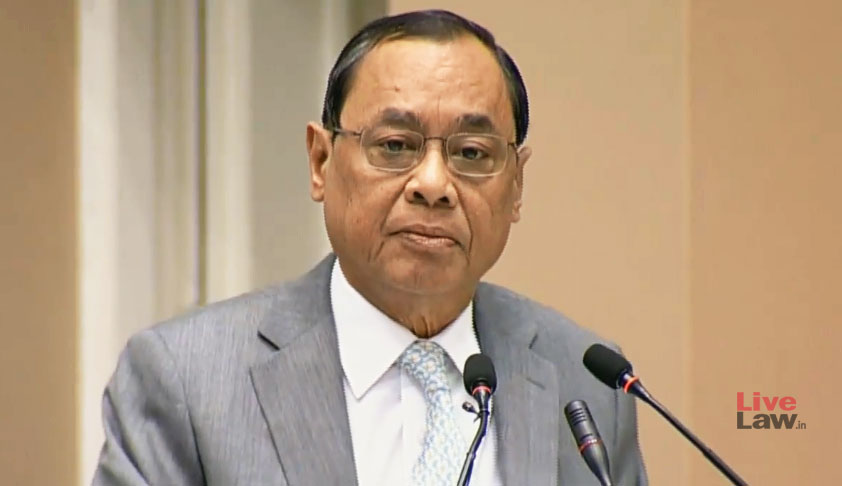 Speaking at an event hosted by the Supreme Court of India at the Vigyan Bhawan in New Delhi to commemorate the 69th Constitution Day, Chief Justice Ranjan Gogoi regarded it not merely as a day of celebrations but one of “the test of constitutional promises”.

“Are Indians existing in conditions of freedom and equality? This is the question we must ask”, he stated.

“Undoubtedly, great advances have been made but a lot remains to be done....Today, we must chalk out the road-map for the future, identify new solutions and newer paths for the achievement of the constitutional promises!”, urged the Chief Justice.

He said  Our Constitution has proved the critics wrong in becoming an integral part of the lives of the people of India, the voice of the marginalised and the prudence of the majority.

He asserted that with time, the Constitution has weakened the criticism amidst which it was brought into force and that it has lived with great rigour over the past seven decades- “It is not a document frozen in time and every generation has left its own imprint on it”

Indicating how Sir Ivor Jennings had bemoaned that the Indian Constitution was “far too large and hence, far too rigid” and how Constituent Assembly member K. Hanumanthaiah had written it off as the “music of an English band” while “we wanted the music of veena or sitar”.

“Its wisdom continues to guide us in uncertainty and it is in our best interest to heed its advice, lest there be Sharp descent into chaos”, was the passionate plea of Chief Justice Gogoi.

President of India Ramnath Kovind has inaugurated the function.